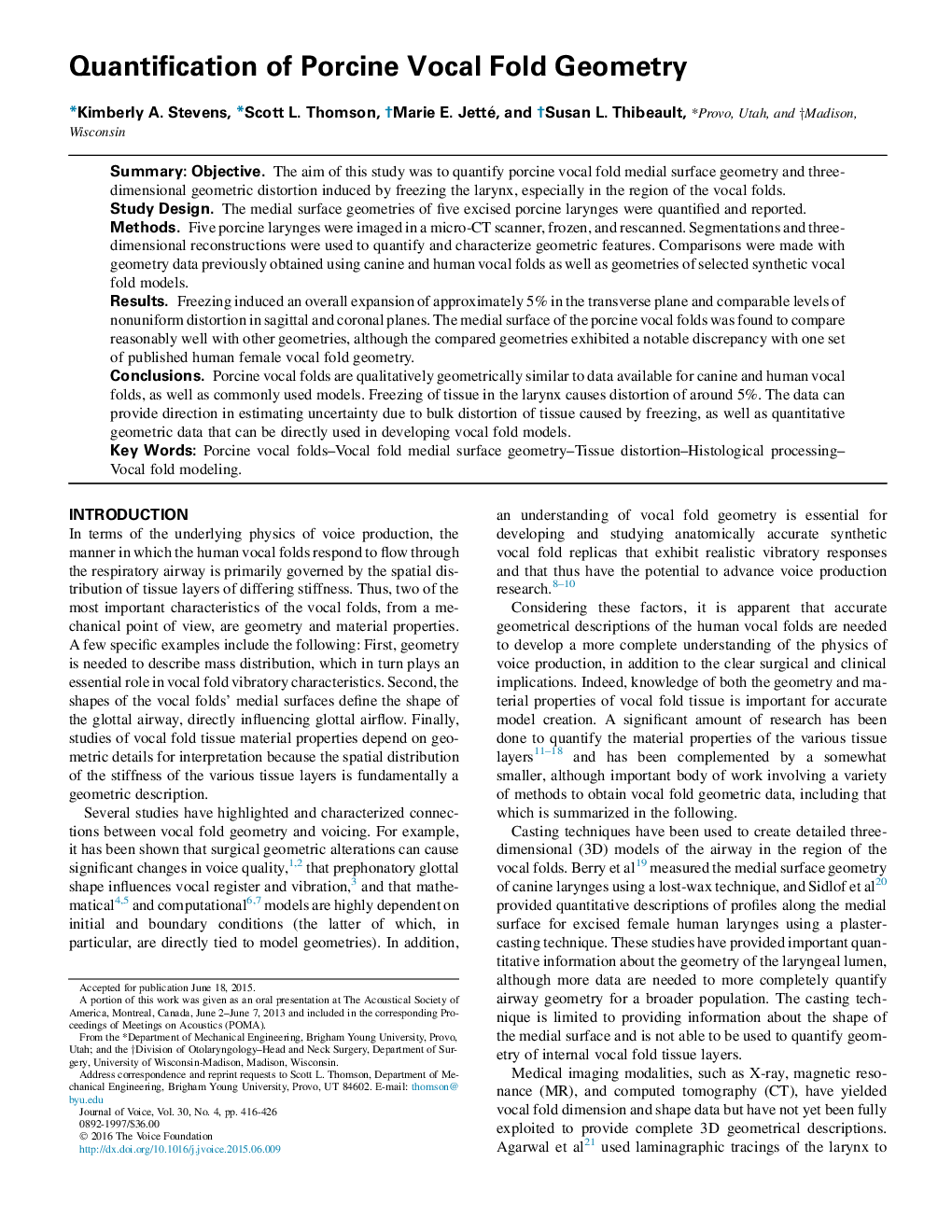 SummaryObjectiveThe aim of this study was to quantify porcine vocal fold medial surface geometry and three-dimensional geometric distortion induced by freezing the larynx, especially in the region of the vocal folds.Study DesignThe medial surface geometries of five excised porcine larynges were quantified and reported.MethodsFive porcine larynges were imaged in a micro-CT scanner, frozen, and rescanned. Segmentations and three-dimensional reconstructions were used to quantify and characterize geometric features. Comparisons were made with geometry data previously obtained using canine and human vocal folds as well as geometries of selected synthetic vocal fold models.ResultsFreezing induced an overall expansion of approximately 5% in the transverse plane and comparable levels of nonuniform distortion in sagittal and coronal planes. The medial surface of the porcine vocal folds was found to compare reasonably well with other geometries, although the compared geometries exhibited a notable discrepancy with one set of published human female vocal fold geometry.ConclusionsPorcine vocal folds are qualitatively geometrically similar to data available for canine and human vocal folds, as well as commonly used models. Freezing of tissue in the larynx causes distortion of around 5%. The data can provide direction in estimating uncertainty due to bulk distortion of tissue caused by freezing, as well as quantitative geometric data that can be directly used in developing vocal fold models.