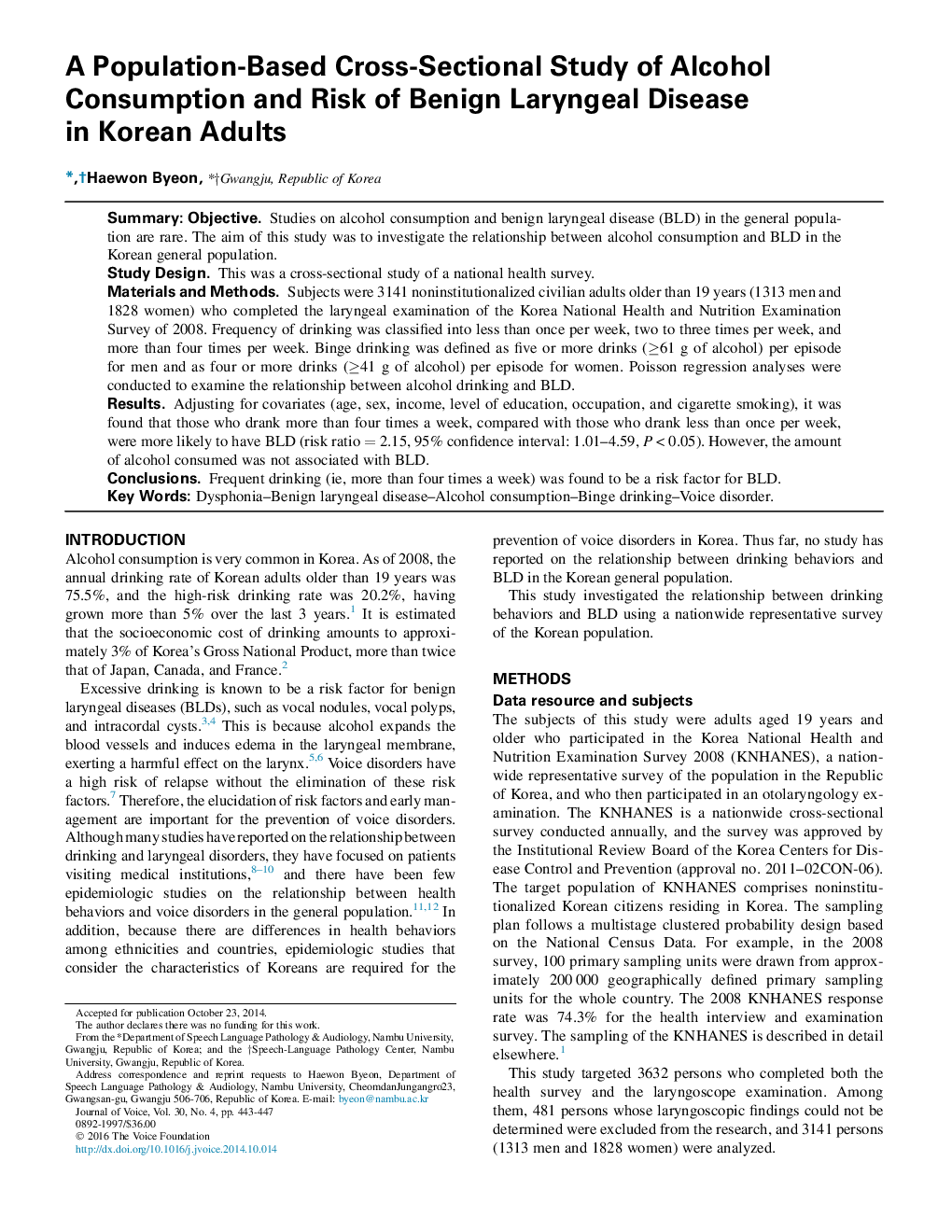 SummaryObjectiveStudies on alcohol consumption and benign laryngeal disease (BLD) in the general population are rare. The aim of this study was to investigate the relationship between alcohol consumption and BLD in the Korean general population.Study DesignThis was a cross-sectional study of a national health survey.Materials and MethodsSubjects were 3141 noninstitutionalized civilian adults older than 19 years (1313 men and 1828 women) who completed the laryngeal examination of the Korea National Health and Nutrition Examination Survey of 2008. Frequency of drinking was classified into less than once per week, two to three times per week, and more than four times per week. Binge drinking was defined as five or more drinks (≥61 g of alcohol) per episode for men and as four or more drinks (≥41 g of alcohol) per episode for women. Poisson regression analyses were conducted to examine the relationship between alcohol drinking and BLD.ResultsAdjusting for covariates (age, sex, income, level of education, occupation, and cigarette smoking), it was found that those who drank more than four times a week, compared with those who drank less than once per week, were more likely to have BLD (risk ratio = 2.15, 95% confidence interval: 1.01–4.59, P < 0.05). However, the amount of alcohol consumed was not associated with BLD.ConclusionsFrequent drinking (ie, more than four times a week) was found to be a risk factor for BLD.