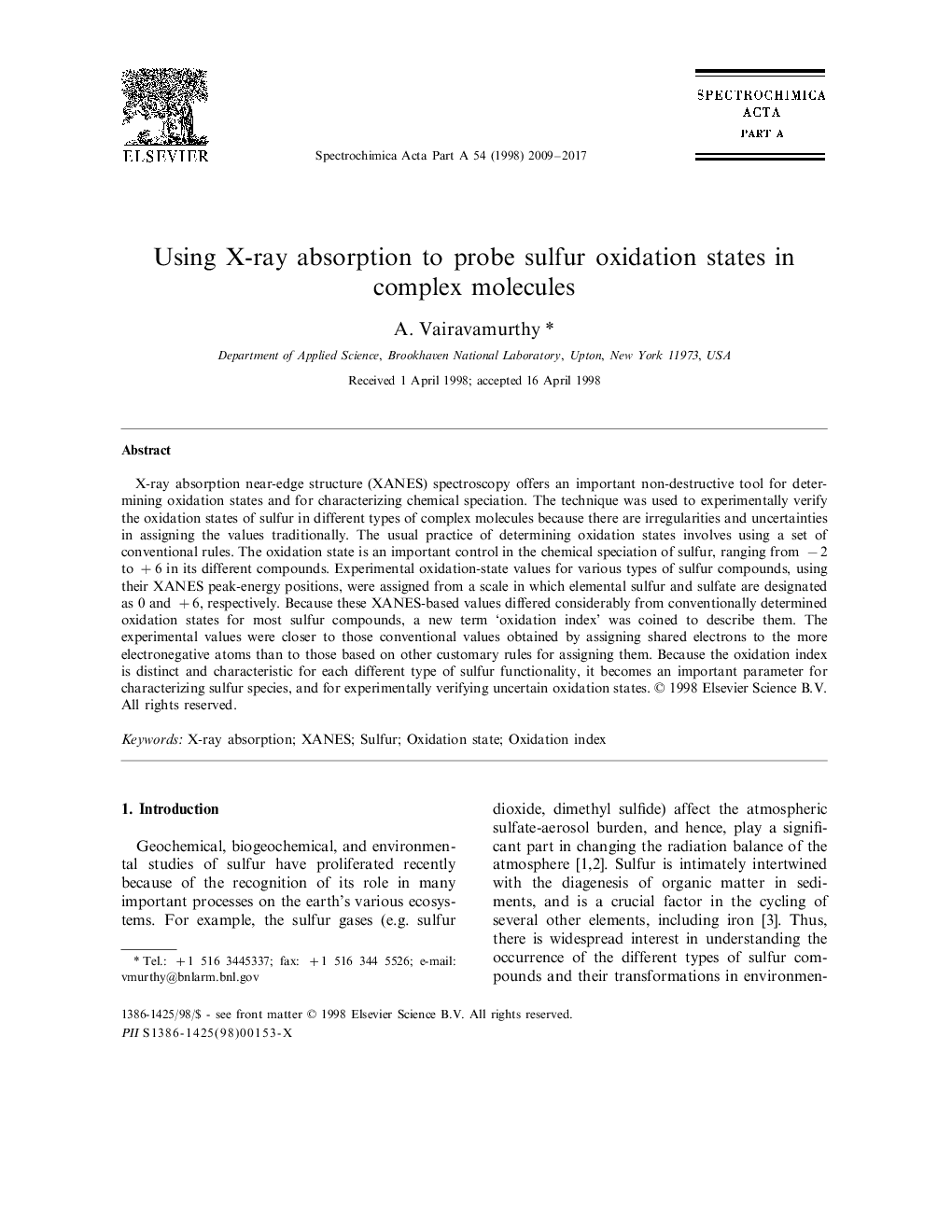 X-ray absorption near-edge structure (XANES) spectroscopy offers an important non-destructive tool for determining oxidation states and for characterizing chemical speciation. The technique was used to experimentally verify the oxidation states of sulfur in different types of complex molecules because there are irregularities and uncertainties in assigning the values traditionally. The usual practice of determining oxidation states involves using a set of conventional rules. The oxidation state is an important control in the chemical speciation of sulfur, ranging from −2 to +6 in its different compounds. Experimental oxidation-state values for various types of sulfur compounds, using their XANES peak-energy positions, were assigned from a scale in which elemental sulfur and sulfate are designated as 0 and +6, respectively. Because these XANES-based values differed considerably from conventionally determined oxidation states for most sulfur compounds, a new term ‘oxidation index’ was coined to describe them. The experimental values were closer to those conventional values obtained by assigning shared electrons to the more electronegative atoms than to those based on other customary rules for assigning them. Because the oxidation index is distinct and characteristic for each different type of sulfur functionality, it becomes an important parameter for characterizing sulfur species, and for experimentally verifying uncertain oxidation states.