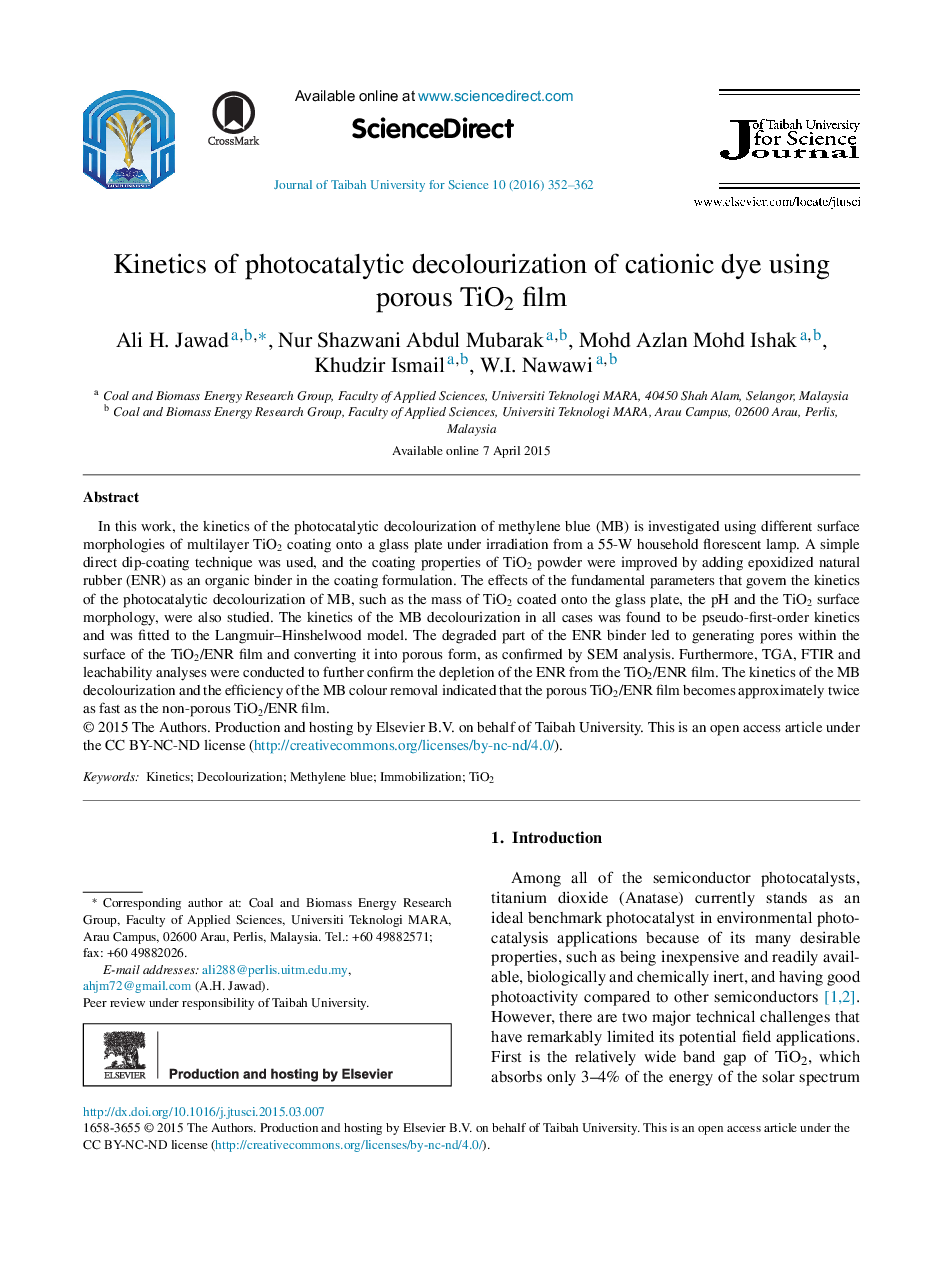 In this work, the kinetics of the photocatalytic decolourization of methylene blue (MB) is investigated using different surface morphologies of multilayer TiO2 coating onto a glass plate under irradiation from a 55-W household florescent lamp. A simple direct dip-coating technique was used, and the coating properties of TiO2 powder were improved by adding epoxidized natural rubber (ENR) as an organic binder in the coating formulation. The effects of the fundamental parameters that govern the kinetics of the photocatalytic decolourization of MB, such as the mass of TiO2 coated onto the glass plate, the pH and the TiO2 surface morphology, were also studied. The kinetics of the MB decolourization in all cases was found to be pseudo-first-order kinetics and was fitted to the Langmuir–Hinshelwood model. The degraded part of the ENR binder led to generating pores within the surface of the TiO2/ENR film and converting it into porous form, as confirmed by SEM analysis. Furthermore, TGA, FTIR and leachability analyses were conducted to further confirm the depletion of the ENR from the TiO2/ENR film. The kinetics of the MB decolourization and the efficiency of the MB colour removal indicated that the porous TiO2/ENR film becomes approximately twice as fast as the non-porous TiO2/ENR film.