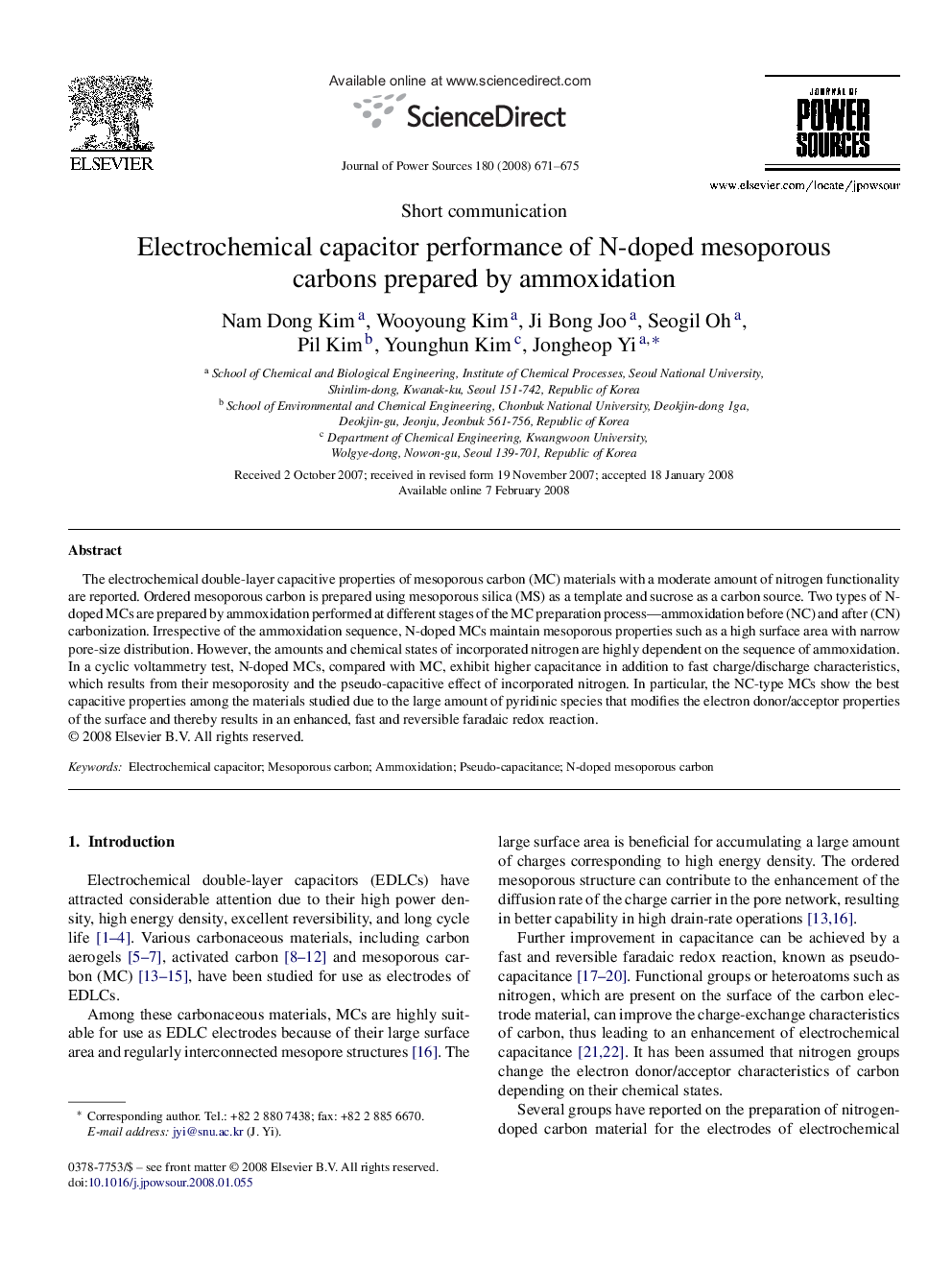 The electrochemical double-layer capacitive properties of mesoporous carbon (MC) materials with a moderate amount of nitrogen functionality are reported. Ordered mesoporous carbon is prepared using mesoporous silica (MS) as a template and sucrose as a carbon source. Two types of N-doped MCs are prepared by ammoxidation performed at different stages of the MC preparation process—ammoxidation before (NC) and after (CN) carbonization. Irrespective of the ammoxidation sequence, N-doped MCs maintain mesoporous properties such as a high surface area with narrow pore-size distribution. However, the amounts and chemical states of incorporated nitrogen are highly dependent on the sequence of ammoxidation. In a cyclic voltammetry test, N-doped MCs, compared with MC, exhibit higher capacitance in addition to fast charge/discharge characteristics, which results from their mesoporosity and the pseudo-capacitive effect of incorporated nitrogen. In particular, the NC-type MCs show the best capacitive properties among the materials studied due to the large amount of pyridinic species that modifies the electron donor/acceptor properties of the surface and thereby results in an enhanced, fast and reversible faradaic redox reaction.