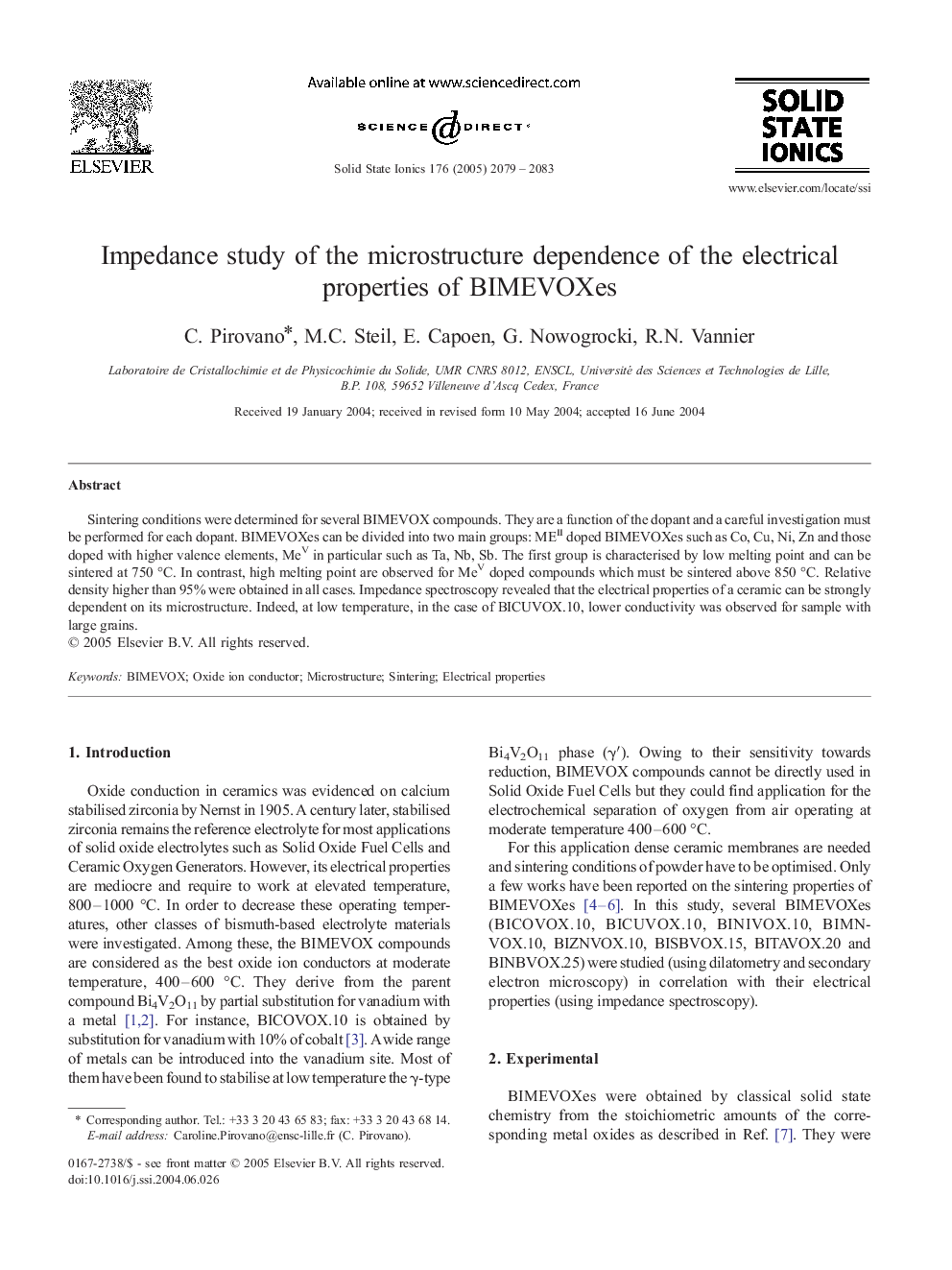 Sintering conditions were determined for several BIMEVOX compounds. They are a function of the dopant and a careful investigation must be performed for each dopant. BIMEVOXes can be divided into two main groups: MEII doped BIMEVOXes such as Co, Cu, Ni, Zn and those doped with higher valence elements, MeV in particular such as Ta, Nb, Sb. The first group is characterised by low melting point and can be sintered at 750 °C. In contrast, high melting point are observed for MeV doped compounds which must be sintered above 850 °C. Relative density higher than 95% were obtained in all cases. Impedance spectroscopy revealed that the electrical properties of a ceramic can be strongly dependent on its microstructure. Indeed, at low temperature, in the case of BICUVOX.10, lower conductivity was observed for sample with large grains.