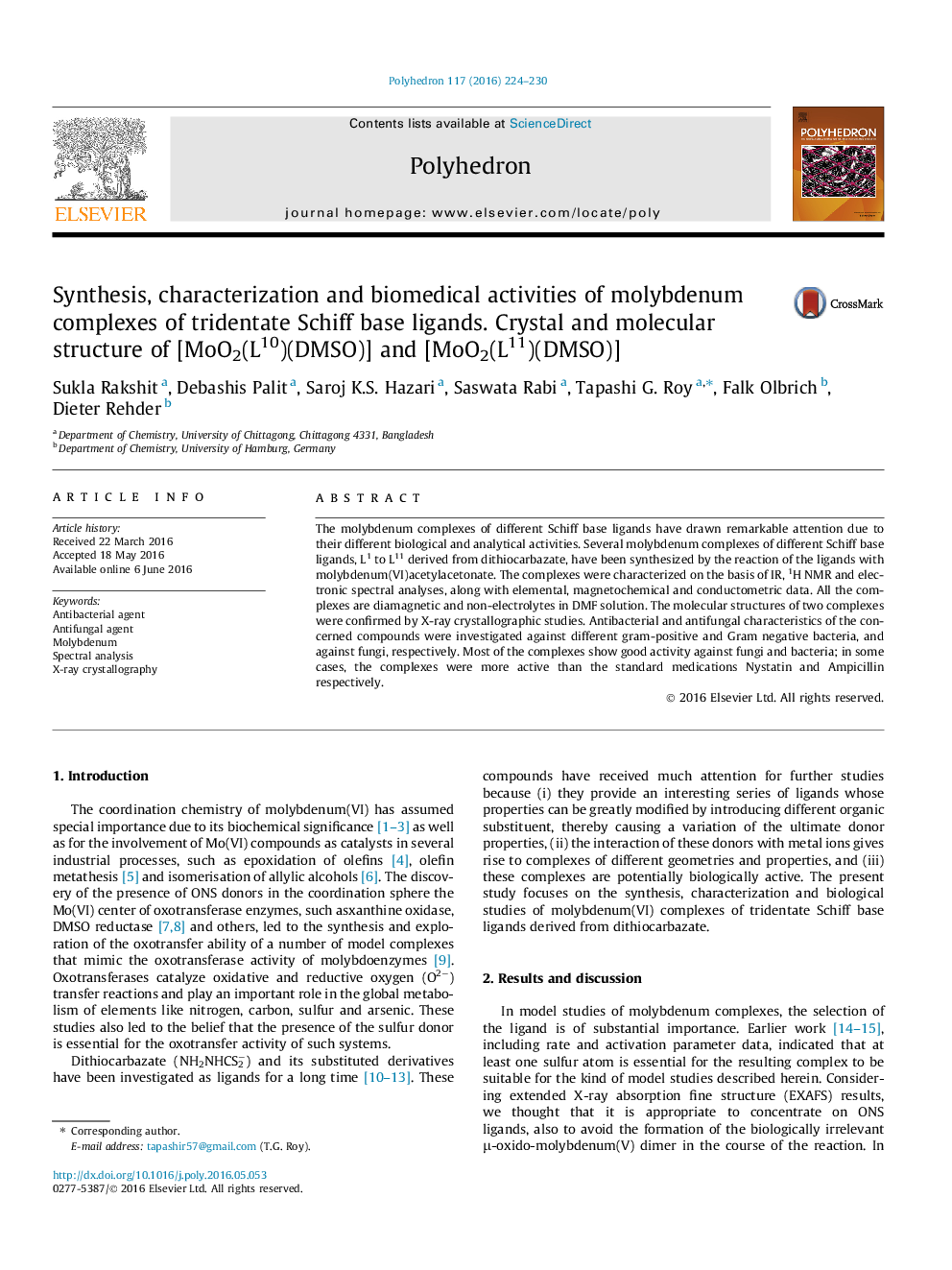 The molybdenum complexes of different Schiff base ligands have drawn remarkable attention due to their different biological and analytical activities. Several molybdenum complexes of different Schiff base ligands, L1 to L11 derived from dithiocarbazate, have been synthesized by the reaction of the ligands with molybdenum(VI)acetylacetonate. The complexes were characterized on the basis of IR, 1H NMR and electronic spectral analyses, along with elemental, magnetochemical and conductometric data. All the complexes are diamagnetic and non-electrolytes in DMF solution. The molecular structures of two complexes were confirmed by X-ray crystallographic studies. Antibacterial and antifungal characteristics of the concerned compounds were investigated against different gram-positive and Gram negative bacteria, and against fungi, respectively. Most of the complexes show good activity against fungi and bacteria; in some cases, the complexes were more active than the standard medications Nystatin and Ampicillin respectively.

Different Schiff base ligands and their molybdenum complexes have been prepared. The complexes were characterized by using a multitude of analytical methods. Biomedical activities of the compounds were also studied. The structures of two compounds were confirmed by X-ray crystallography.Figure optionsDownload as PowerPoint slide