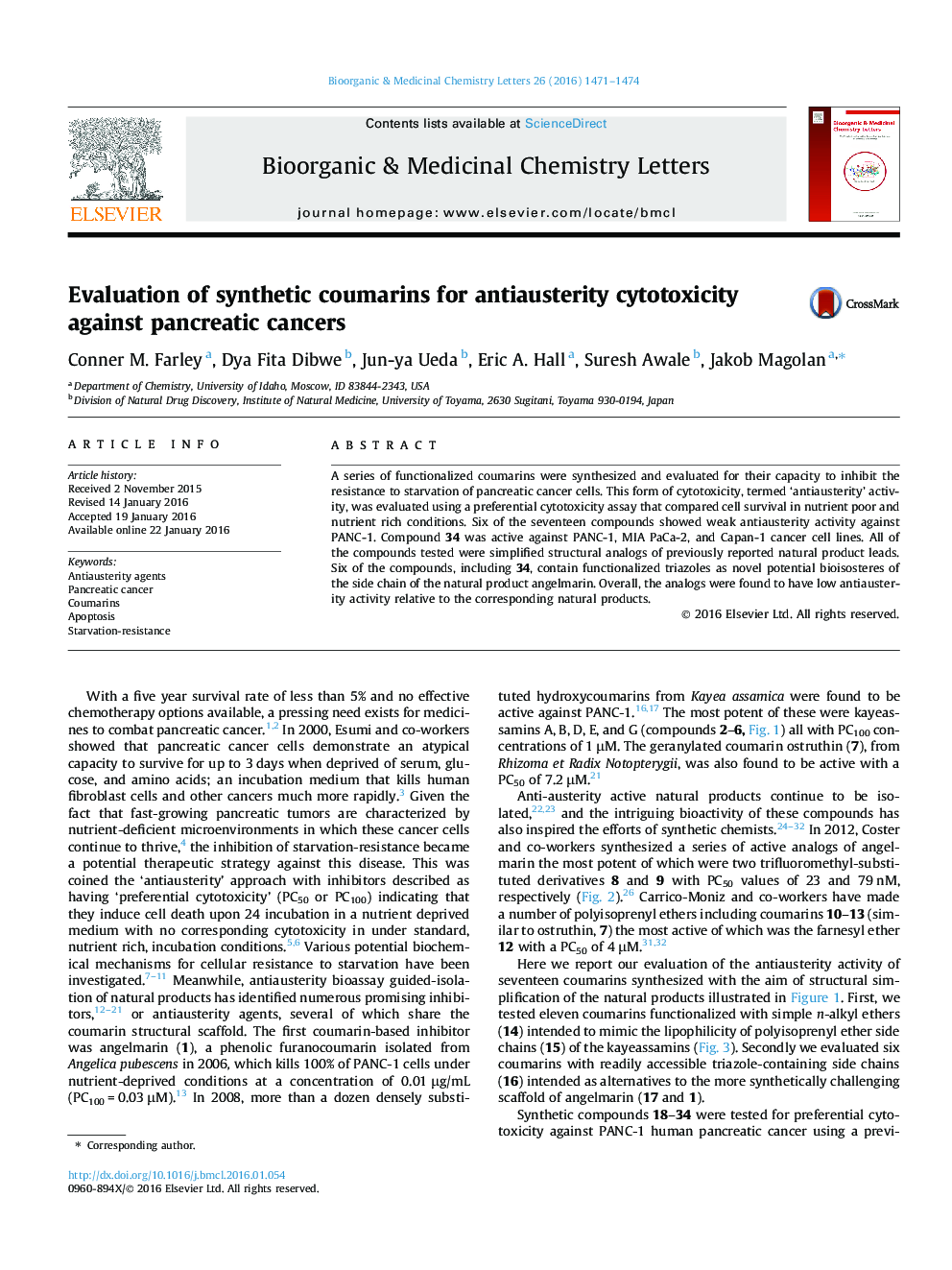 A series of functionalized coumarins were synthesized and evaluated for their capacity to inhibit the resistance to starvation of pancreatic cancer cells. This form of cytotoxicity, termed ‘antiausterity’ activity, was evaluated using a preferential cytotoxicity assay that compared cell survival in nutrient poor and nutrient rich conditions. Six of the seventeen compounds showed weak antiausterity activity against PANC-1. Compound 34 was active against PANC-1, MIA PaCa-2, and Capan-1 cancer cell lines. All of the compounds tested were simplified structural analogs of previously reported natural product leads. Six of the compounds, including 34, contain functionalized triazoles as novel potential bioisosteres of the side chain of the natural product angelmarin. Overall, the analogs were found to have low antiausterity activity relative to the corresponding natural products.