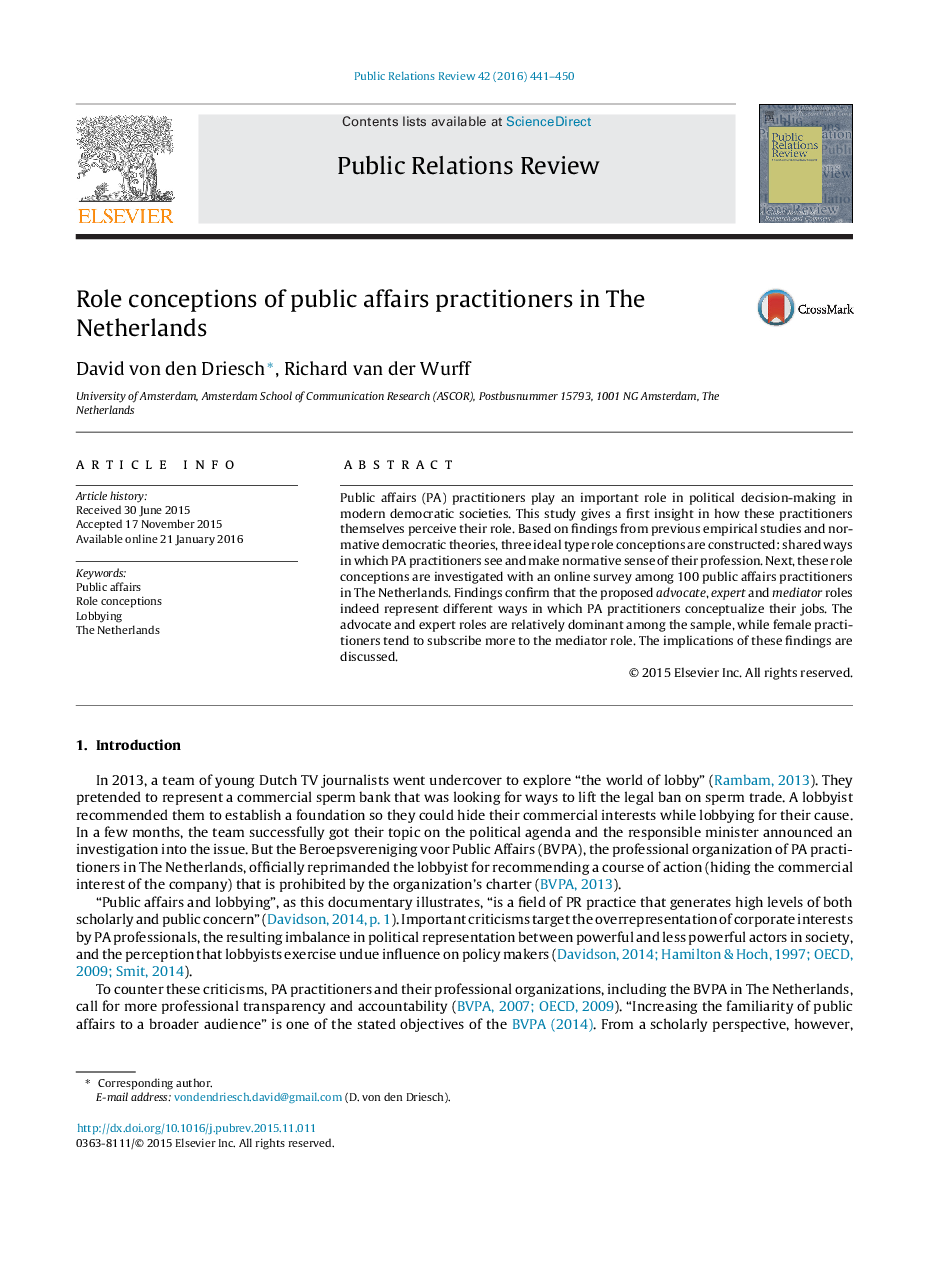 Public affairs (PA) practitioners play an important role in political decision-making in modern democratic societies. This study gives a first insight in how these practitioners themselves perceive their role. Based on findings from previous empirical studies and normative democratic theories, three ideal type role conceptions are constructed: shared ways in which PA practitioners see and make normative sense of their profession. Next, these role conceptions are investigated with an online survey among 100 public affairs practitioners in The Netherlands. Findings confirm that the proposed advocate, expert and mediator roles indeed represent different ways in which PA practitioners conceptualize their jobs. The advocate and expert roles are relatively dominant among the sample, while female practitioners tend to subscribe more to the mediator role. The implications of these findings are discussed.