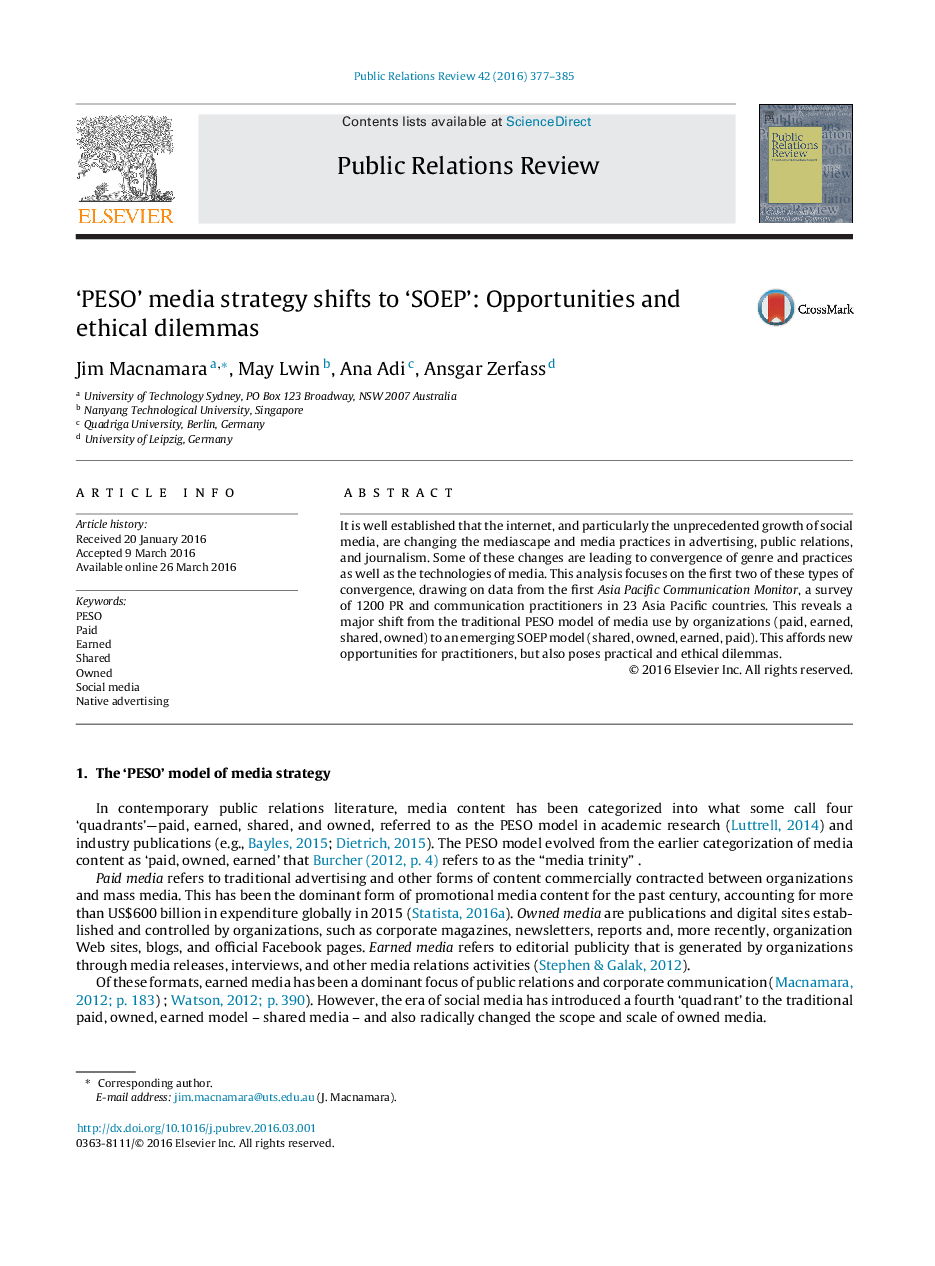 • The traditional focus on ‘paid, earned, and owned’ media is changing with growing resistance to advertising and growth in social media.
• In the next three years, shared media (e.g., social media) and owned media are expected to be most important, according to a practitioners survey.
• However, new forms of ‘owned’ media, including sponsored content and ‘native advertising’ pose ethical questions and dilemmas.
• Research suggests that expanded codes of ethics, reflexivity among practitioners, and further research are needed.

It is well established that the internet, and particularly the unprecedented growth of social media, are changing the mediascape and media practices in advertising, public relations, and journalism. Some of these changes are leading to convergence of genre and practices as well as the technologies of media. This analysis focuses on the first two of these types of convergence, drawing on data from the first Asia Pacific Communication Monitor, a survey of 1200 PR and communication practitioners in 23 Asia Pacific countries. This reveals a major shift from the traditional PESO model of media use by organizations (paid, earned, shared, owned) to an emerging SOEP model (shared, owned, earned, paid). This affords new opportunities for practitioners, but also poses practical and ethical dilemmas.