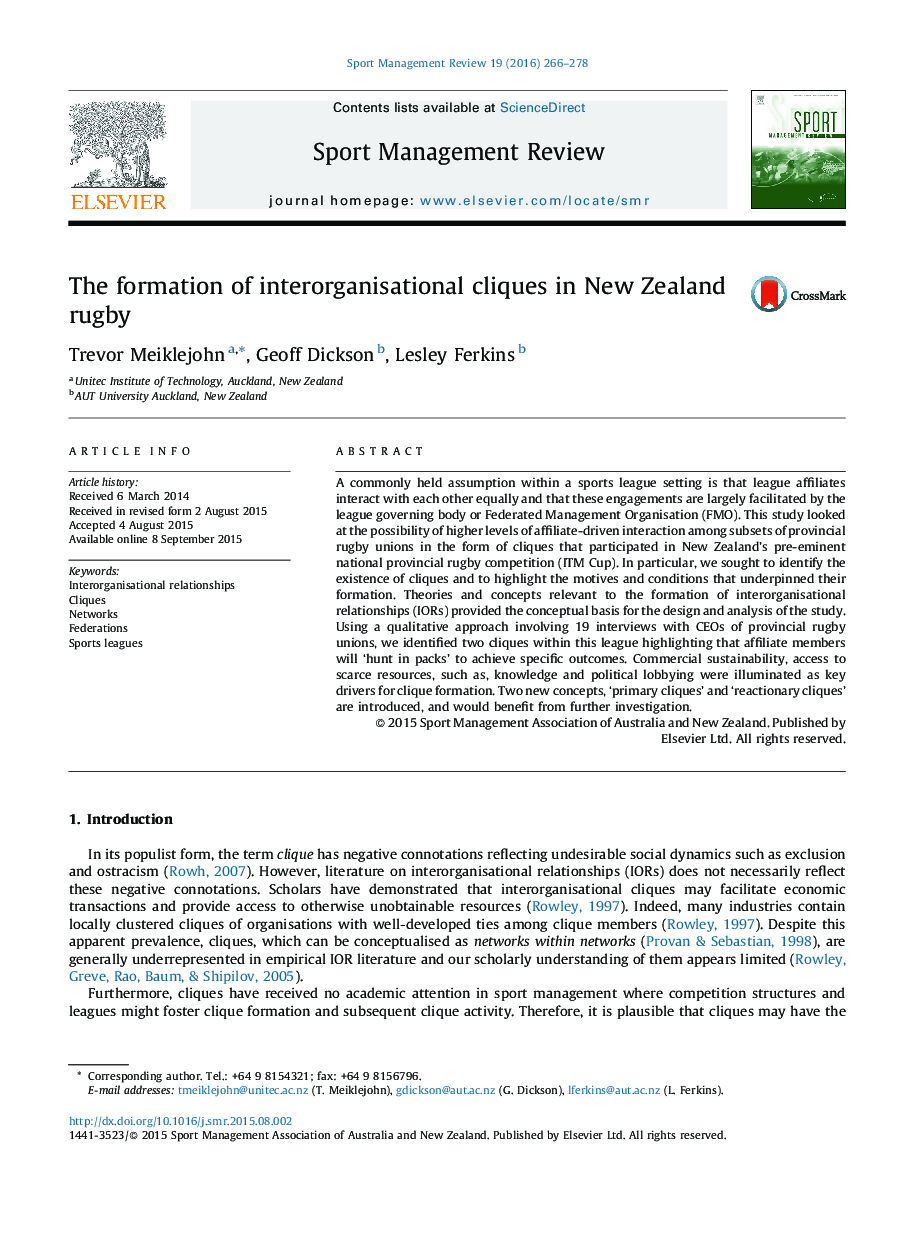 A commonly held assumption within a sports league setting is that league affiliates interact with each other equally and that these engagements are largely facilitated by the league governing body or Federated Management Organisation (FMO). This study looked at the possibility of higher levels of affiliate-driven interaction among subsets of provincial rugby unions in the form of cliques that participated in New Zealand's pre-eminent national provincial rugby competition (ITM Cup). In particular, we sought to identify the existence of cliques and to highlight the motives and conditions that underpinned their formation. Theories and concepts relevant to the formation of interorganisational relationships (IORs) provided the conceptual basis for the design and analysis of the study. Using a qualitative approach involving 19 interviews with CEOs of provincial rugby unions, we identified two cliques within this league highlighting that affiliate members will ‘hunt in packs’ to achieve specific outcomes. Commercial sustainability, access to scarce resources, such as, knowledge and political lobbying were illuminated as key drivers for clique formation. Two new concepts, ‘primary cliques’ and ‘reactionary cliques’ are introduced, and would benefit from further investigation.