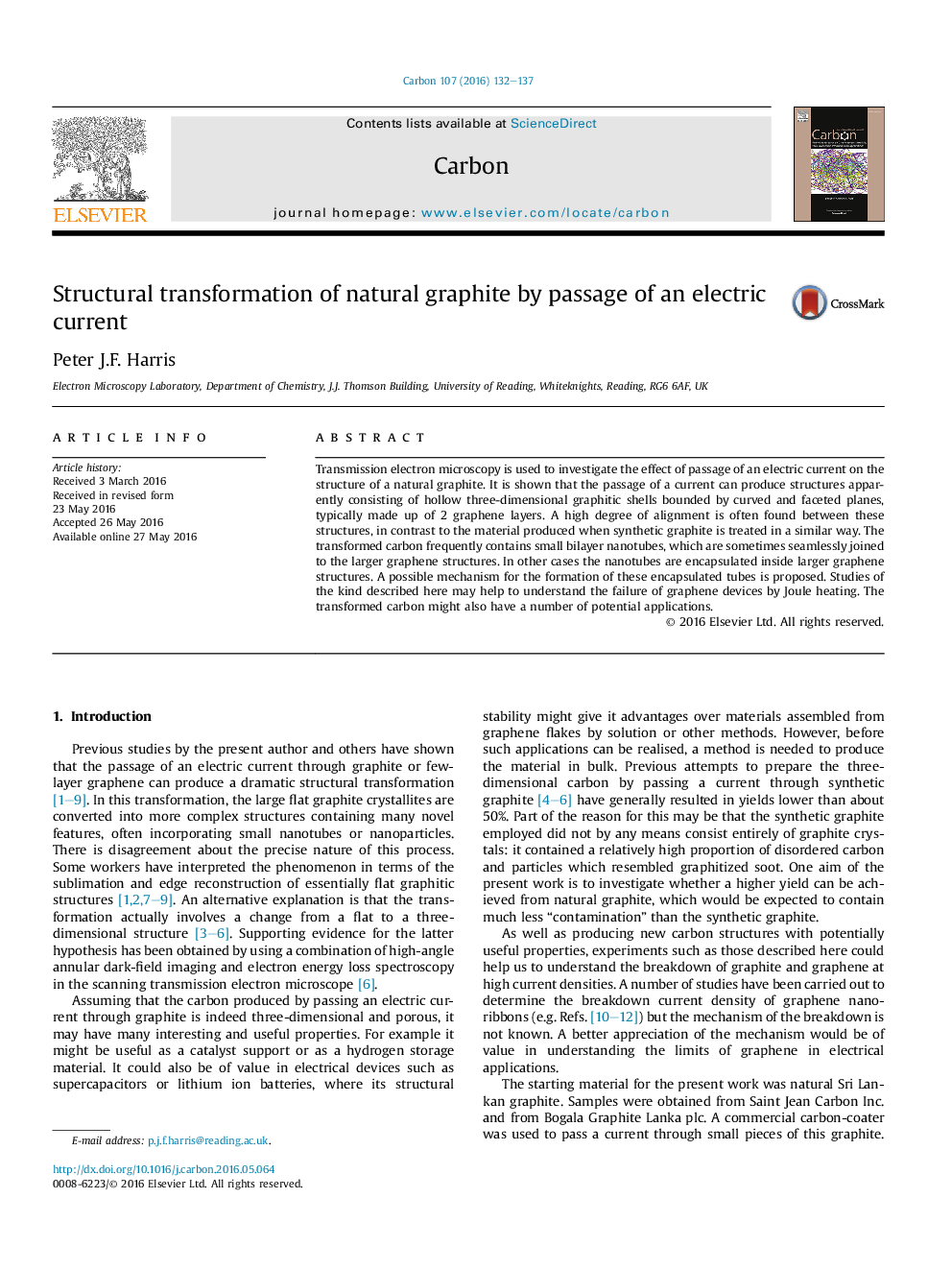 Transmission electron microscopy is used to investigate the effect of passage of an electric current on the structure of a natural graphite. It is shown that the passage of a current can produce structures apparently consisting of hollow three-dimensional graphitic shells bounded by curved and faceted planes, typically made up of 2 graphene layers. A high degree of alignment is often found between these structures, in contrast to the material produced when synthetic graphite is treated in a similar way. The transformed carbon frequently contains small bilayer nanotubes, which are sometimes seamlessly joined to the larger graphene structures. In other cases the nanotubes are encapsulated inside larger graphene structures. A possible mechanism for the formation of these encapsulated tubes is proposed. Studies of the kind described here may help to understand the failure of graphene devices by Joule heating. The transformed carbon might also have a number of potential applications.