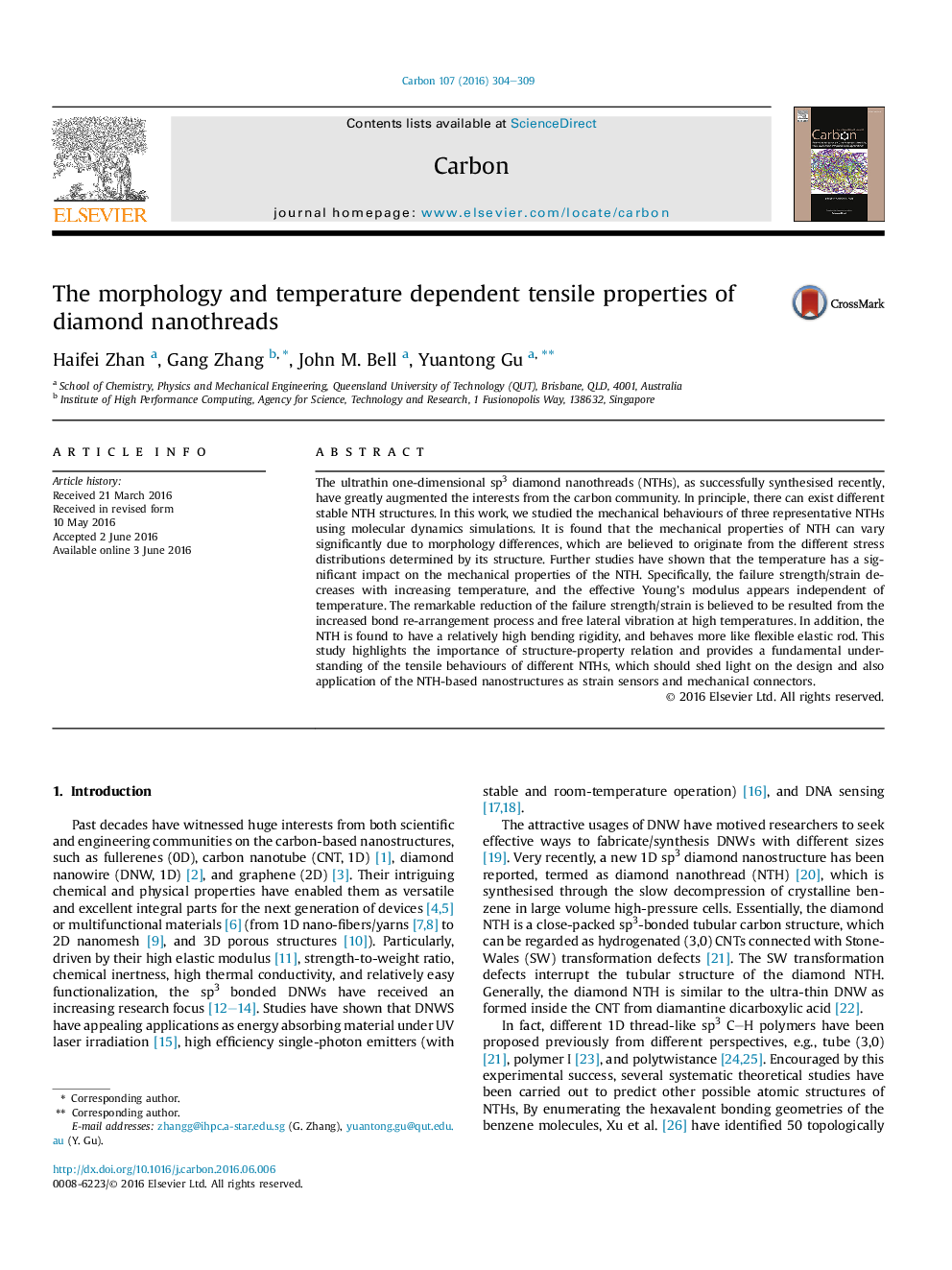 The ultrathin one-dimensional sp3 diamond nanothreads (NTHs), as successfully synthesised recently, have greatly augmented the interests from the carbon community. In principle, there can exist different stable NTH structures. In this work, we studied the mechanical behaviours of three representative NTHs using molecular dynamics simulations. It is found that the mechanical properties of NTH can vary significantly due to morphology differences, which are believed to originate from the different stress distributions determined by its structure. Further studies have shown that the temperature has a significant impact on the mechanical properties of the NTH. Specifically, the failure strength/strain decreases with increasing temperature, and the effective Young’s modulus appears independent of temperature. The remarkable reduction of the failure strength/strain is believed to be resulted from the increased bond re-arrangement process and free lateral vibration at high temperatures. In addition, the NTH is found to have a relatively high bending rigidity, and behaves more like flexible elastic rod. This study highlights the importance of structure-property relation and provides a fundamental understanding of the tensile behaviours of different NTHs, which should shed light on the design and also application of the NTH-based nanostructures as strain sensors and mechanical connectors.