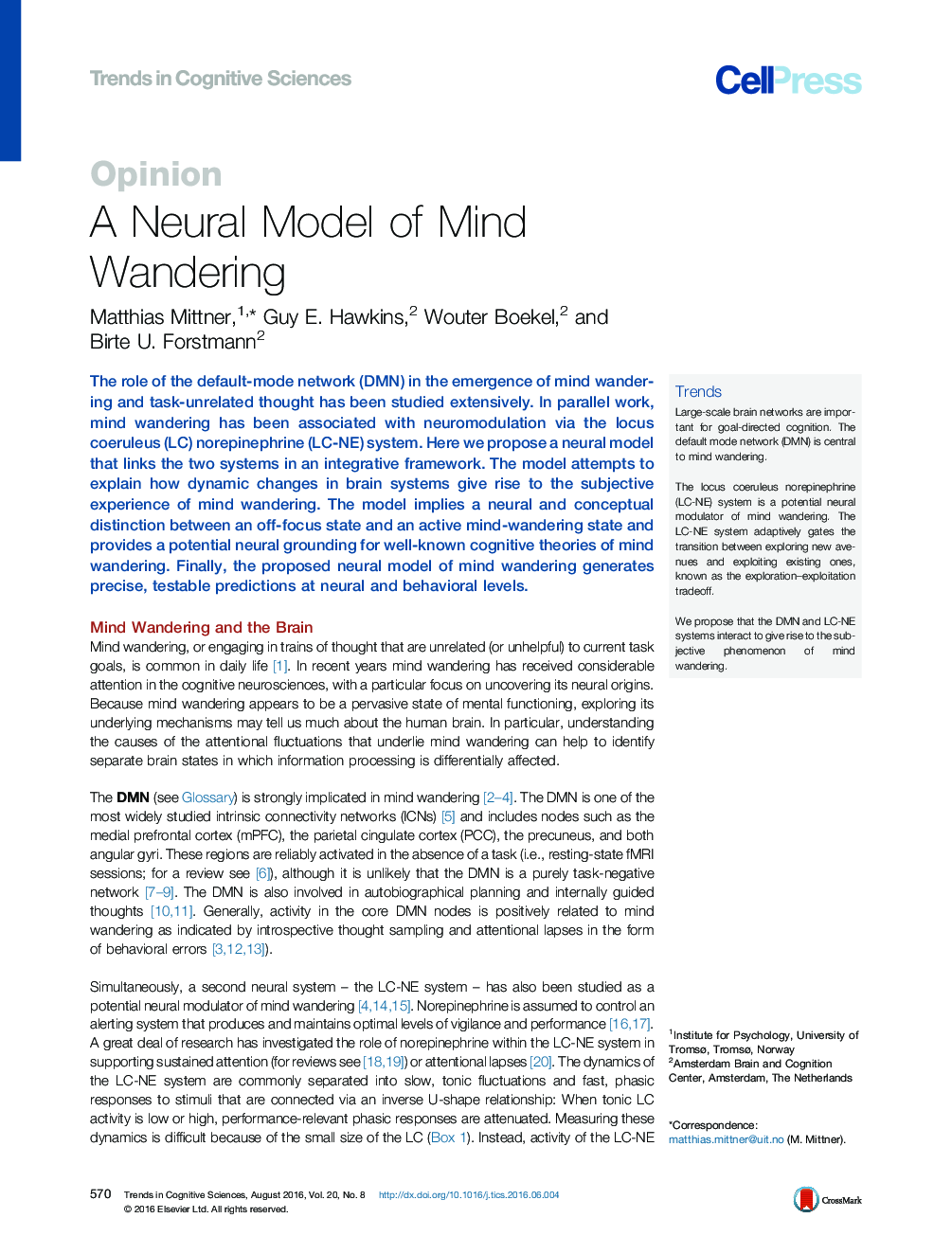 The role of the default-mode network (DMN) in the emergence of mind wandering and task-unrelated thought has been studied extensively. In parallel work, mind wandering has been associated with neuromodulation via the locus coeruleus (LC) norepinephrine (LC-NE) system. Here we propose a neural model that links the two systems in an integrative framework. The model attempts to explain how dynamic changes in brain systems give rise to the subjective experience of mind wandering. The model implies a neural and conceptual distinction between an off-focus state and an active mind-wandering state and provides a potential neural grounding for well-known cognitive theories of mind wandering. Finally, the proposed neural model of mind wandering generates precise, testable predictions at neural and behavioral levels.

TrendsLarge-scale brain networks are important for goal-directed cognition. The default mode network (DMN) is central to mind wandering.The locus coeruleus norepinephrine (LC-NE) system is a potential neural modulator of mind wandering. The LC-NE system adaptively gates the transition between exploring new avenues and exploiting existing ones, known as the exploration–exploitation tradeoff.We propose that the DMN and LC-NE systems interact to give rise to the subjective phenomenon of mind wandering.