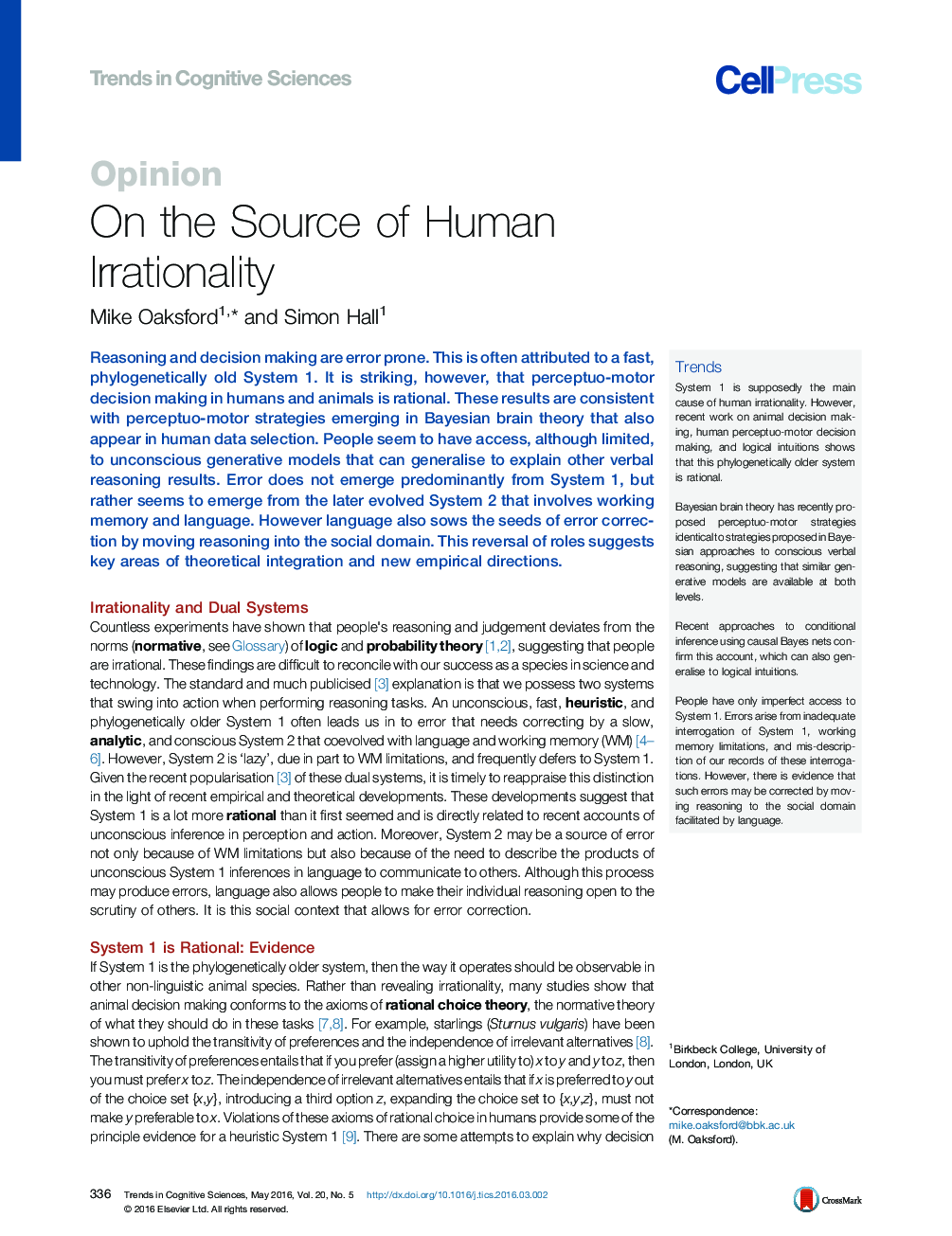 Reasoning and decision making are error prone. This is often attributed to a fast, phylogenetically old System 1. It is striking, however, that perceptuo-motor decision making in humans and animals is rational. These results are consistent with perceptuo-motor strategies emerging in Bayesian brain theory that also appear in human data selection. People seem to have access, although limited, to unconscious generative models that can generalise to explain other verbal reasoning results. Error does not emerge predominantly from System 1, but rather seems to emerge from the later evolved System 2 that involves working memory and language. However language also sows the seeds of error correction by moving reasoning into the social domain. This reversal of roles suggests key areas of theoretical integration and new empirical directions.

TrendsSystem 1 is supposedly the main cause of human irrationality. However, recent work on animal decision making, human perceptuo-motor decision making, and logical intuitions shows that this phylogenetically older system is rational.Bayesian brain theory has recently proposed perceptuo-motor strategies identical to strategies proposed in Bayesian approaches to conscious verbal reasoning, suggesting that similar generative models are available at both levels.Recent approaches to conditional inference using causal Bayes nets confirm this account, which can also generalise to logical intuitions.People have only imperfect access to System 1. Errors arise from inadequate interrogation of System 1, working memory limitations, and mis-description of our records of these interrogations. However, there is evidence that such errors may be corrected by moving reasoning to the social domain facilitated by language.