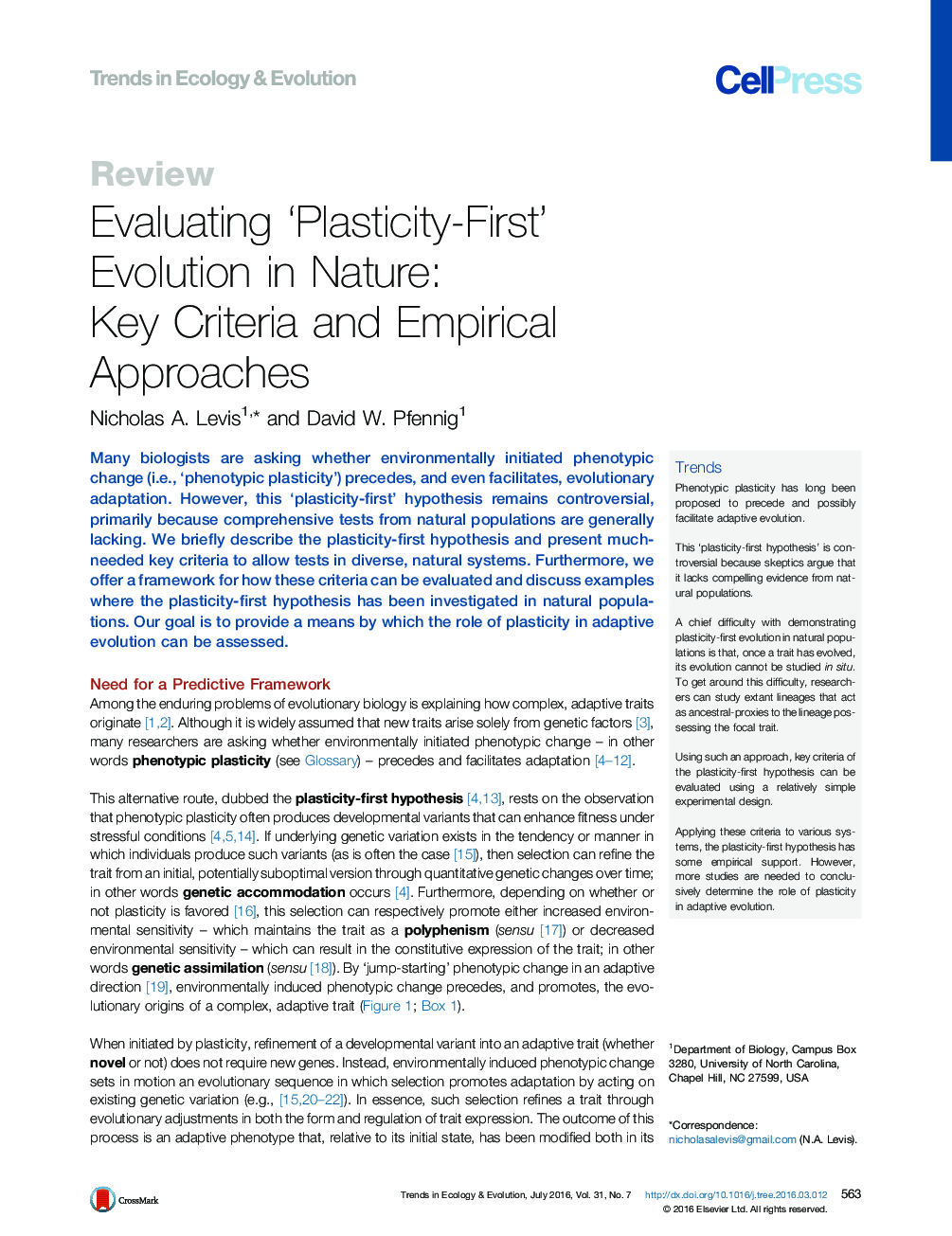 Many biologists are asking whether environmentally initiated phenotypic change (i.e., ‘phenotypic plasticity’) precedes, and even facilitates, evolutionary adaptation. However, this ‘plasticity-first’ hypothesis remains controversial, primarily because comprehensive tests from natural populations are generally lacking. We briefly describe the plasticity-first hypothesis and present much-needed key criteria to allow tests in diverse, natural systems. Furthermore, we offer a framework for how these criteria can be evaluated and discuss examples where the plasticity-first hypothesis has been investigated in natural populations. Our goal is to provide a means by which the role of plasticity in adaptive evolution can be assessed.