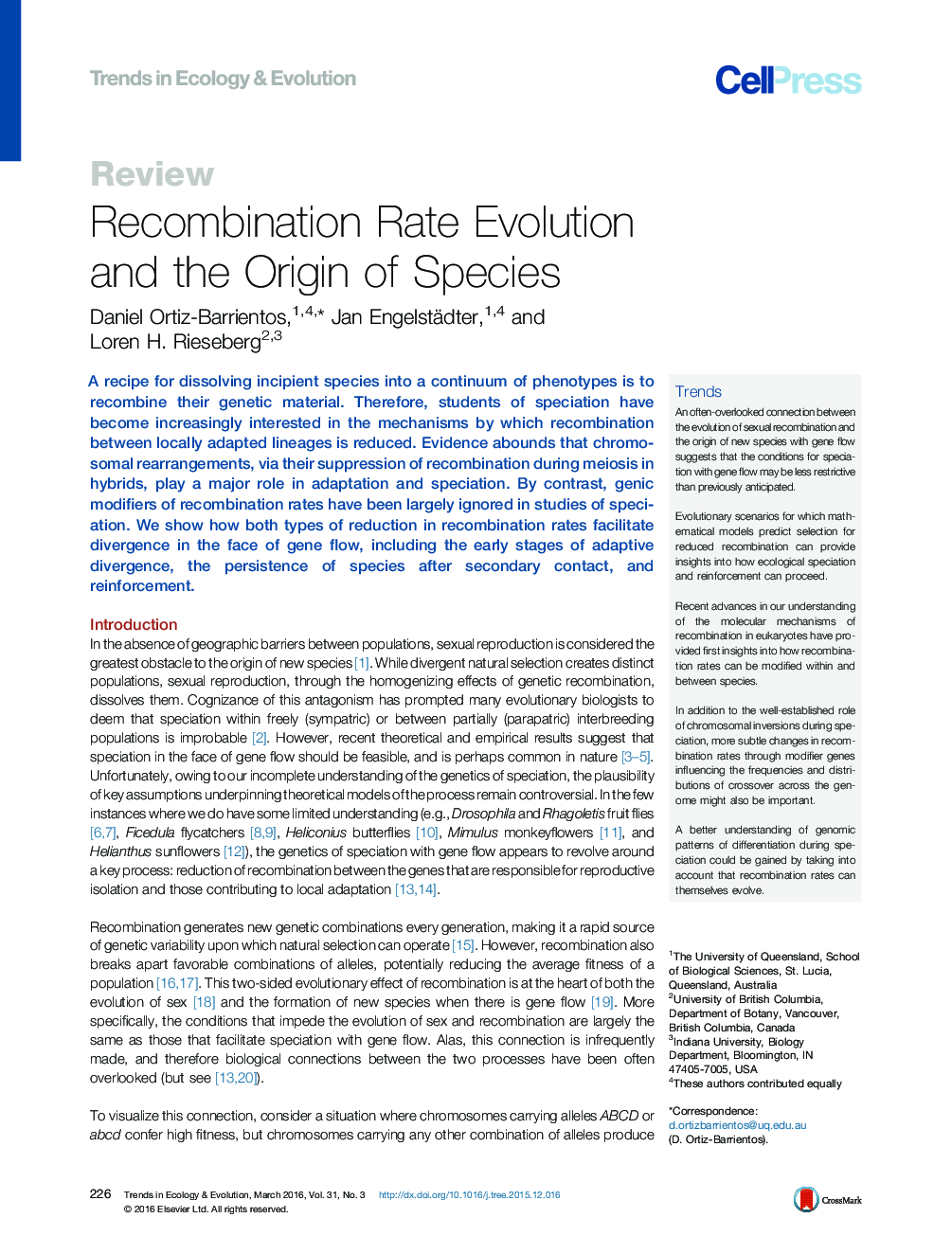 A recipe for dissolving incipient species into a continuum of phenotypes is to recombine their genetic material. Therefore, students of speciation have become increasingly interested in the mechanisms by which recombination between locally adapted lineages is reduced. Evidence abounds that chromosomal rearrangements, via their suppression of recombination during meiosis in hybrids, play a major role in adaptation and speciation. By contrast, genic modifiers of recombination rates have been largely ignored in studies of speciation. We show how both types of reduction in recombination rates facilitate divergence in the face of gene flow, including the early stages of adaptive divergence, the persistence of species after secondary contact, and reinforcement.

TrendsAn often-overlooked connection between the evolution of sexual recombination and the origin of new species with gene flow suggests that the conditions for speciation with gene flow may be less restrictive than previously anticipated.Evolutionary scenarios for which mathematical models predict selection for reduced recombination can provide insights into how ecological speciation and reinforcement can proceed.Recent advances in our understanding of the molecular mechanisms of recombination in eukaryotes have provided first insights into how recombination rates can be modified within and between species.In addition to the well-established role of chromosomal inversions during speciation, more subtle changes in recombination rates through modifier genes influencing the frequencies and distributions of crossover across the genome might also be important.A better understanding of genomic patterns of differentiation during speciation could be gained by taking into account that recombination rates can themselves evolve.