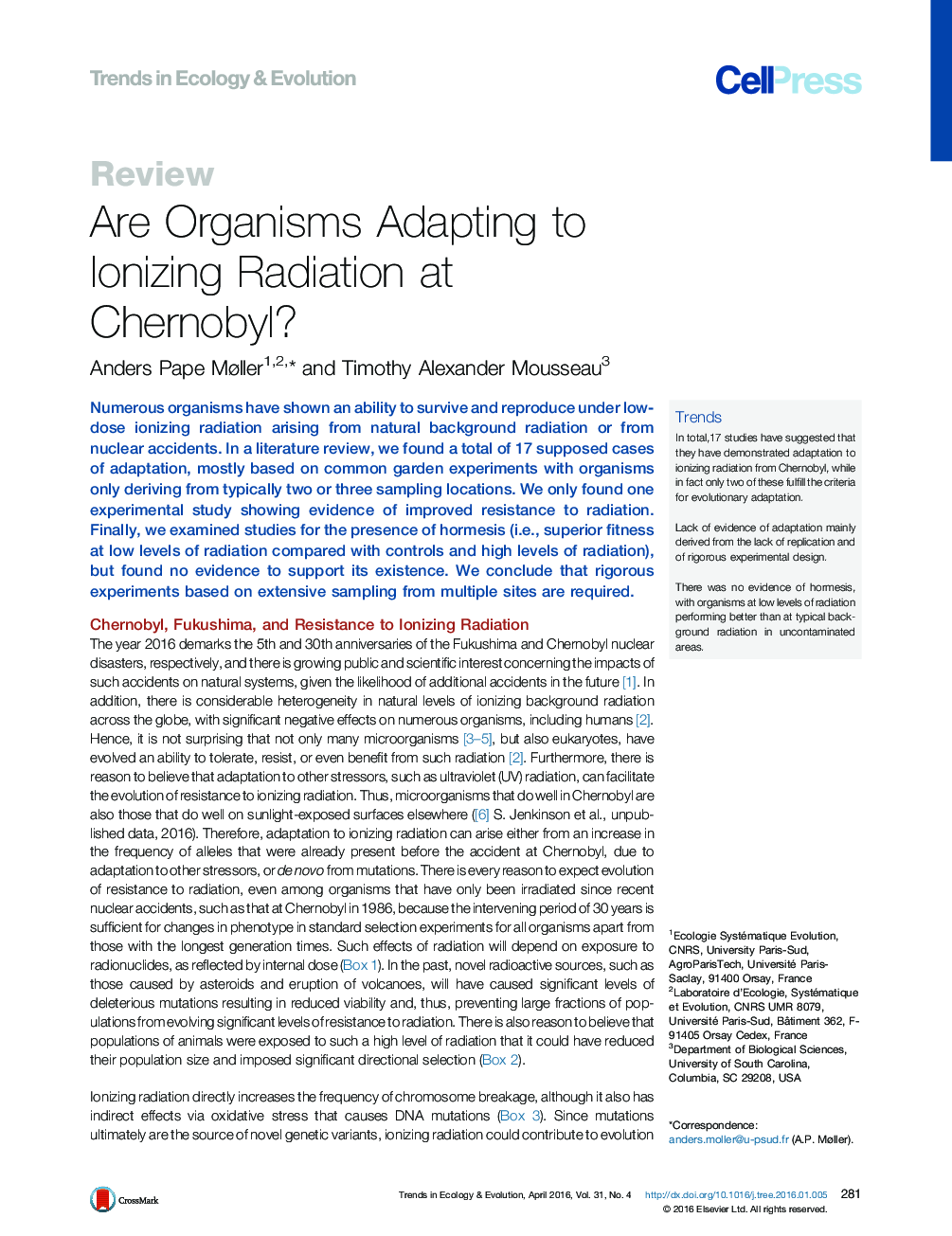 Numerous organisms have shown an ability to survive and reproduce under low-dose ionizing radiation arising from natural background radiation or from nuclear accidents. In a literature review, we found a total of 17 supposed cases of adaptation, mostly based on common garden experiments with organisms only deriving from typically two or three sampling locations. We only found one experimental study showing evidence of improved resistance to radiation. Finally, we examined studies for the presence of hormesis (i.e., superior fitness at low levels of radiation compared with controls and high levels of radiation), but found no evidence to support its existence. We conclude that rigorous experiments based on extensive sampling from multiple sites are required.

TrendsIn total,17 studies have suggested that they have demonstrated adaptation to ionizing radiation from Chernobyl, while in fact only two of these fulfill the criteria for evolutionary adaptation.Lack of evidence of adaptation mainly derived from the lack of replication and of rigorous experimental design.There was no evidence of hormesis, with organisms at low levels of radiation performing better than at typical background radiation in uncontaminated areas.