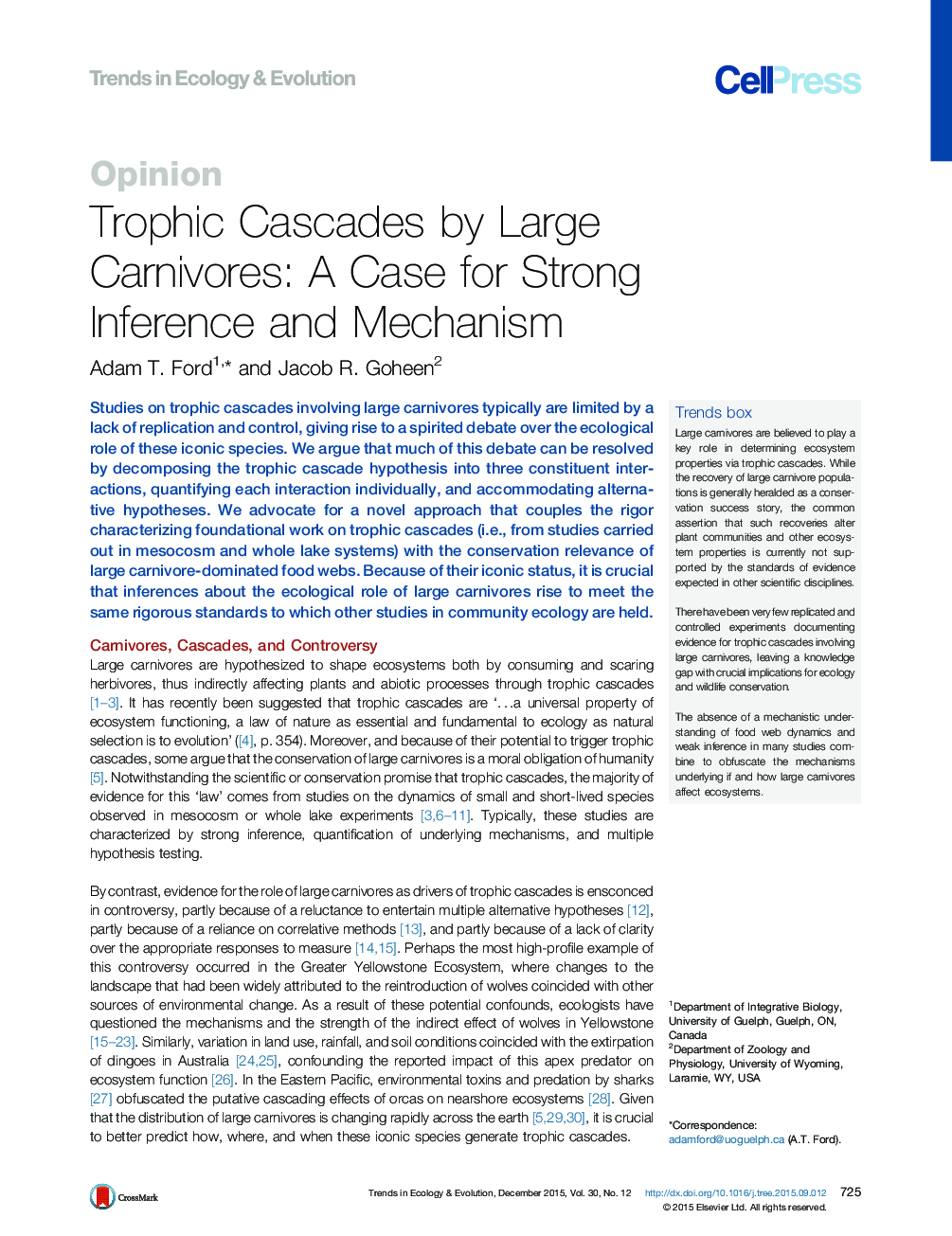 Studies on trophic cascades involving large carnivores typically are limited by a lack of replication and control, giving rise to a spirited debate over the ecological role of these iconic species. We argue that much of this debate can be resolved by decomposing the trophic cascade hypothesis into three constituent interactions, quantifying each interaction individually, and accommodating alternative hypotheses. We advocate for a novel approach that couples the rigor characterizing foundational work on trophic cascades (i.e., from studies carried out in mesocosm and whole lake systems) with the conservation relevance of large carnivore-dominated food webs. Because of their iconic status, it is crucial that inferences about the ecological role of large carnivores rise to meet the same rigorous standards to which other studies in community ecology are held.

Trends boxLarge carnivores are believed to play a key role in determining ecosystem properties via trophic cascades. While the recovery of large carnivore populations is generally heralded as a conservation success story, the common assertion that such recoveries alter plant communities and other ecosystem properties is currently not supported by the standards of evidence expected in other scientific disciplines.There have been very few replicated and controlled experiments documenting evidence for trophic cascades involving large carnivores, leaving a knowledge gap with crucial implications for ecology and wildlife conservation.The absence of a mechanistic understanding of food web dynamics and weak inference in many studies combine to obfuscate the mechanisms underlying if and how large carnivores affect ecosystems.