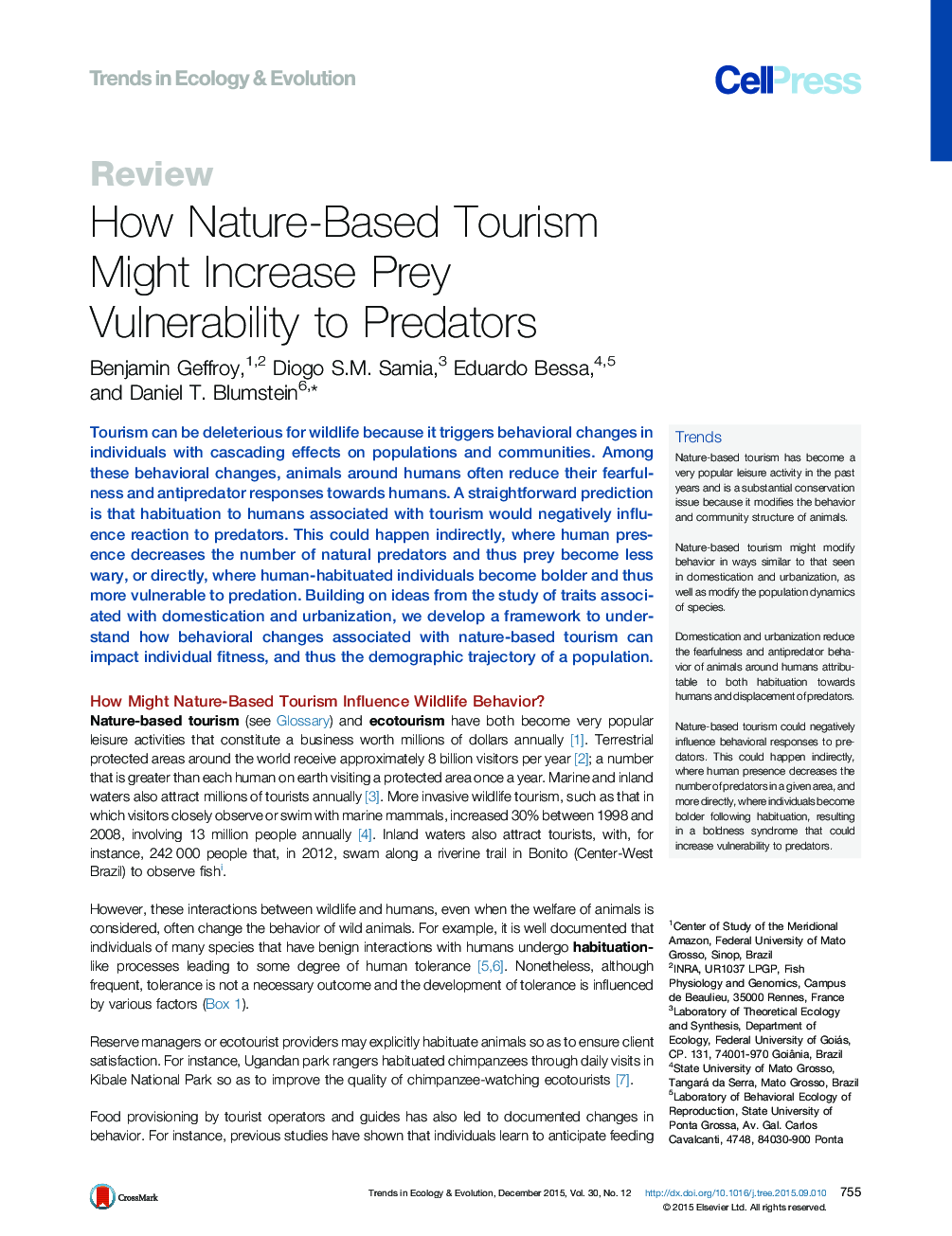 Tourism can be deleterious for wildlife because it triggers behavioral changes in individuals with cascading effects on populations and communities. Among these behavioral changes, animals around humans often reduce their fearfulness and antipredator responses towards humans. A straightforward prediction is that habituation to humans associated with tourism would negatively influence reaction to predators. This could happen indirectly, where human presence decreases the number of natural predators and thus prey become less wary, or directly, where human-habituated individuals become bolder and thus more vulnerable to predation. Building on ideas from the study of traits associated with domestication and urbanization, we develop a framework to understand how behavioral changes associated with nature-based tourism can impact individual fitness, and thus the demographic trajectory of a population.

TrendsNature-based tourism has become a very popular leisure activity in the past years and is a substantial conservation issue because it modifies the behavior and community structure of animals.Nature-based tourism might modify behavior in ways similar to that seen in domestication and urbanization, as well as modify the population dynamics of species.Domestication and urbanization reduce the fearfulness and antipredator behavior of animals around humans attributable to both habituation towards humans and displacement of predators.Nature-based tourism could negatively influence behavioral responses to predators. This could happen indirectly, where human presence decreases the number of predators in a given area, and more directly, where individuals become bolder following habituation, resulting in a boldness syndrome that could increase vulnerability to predators.