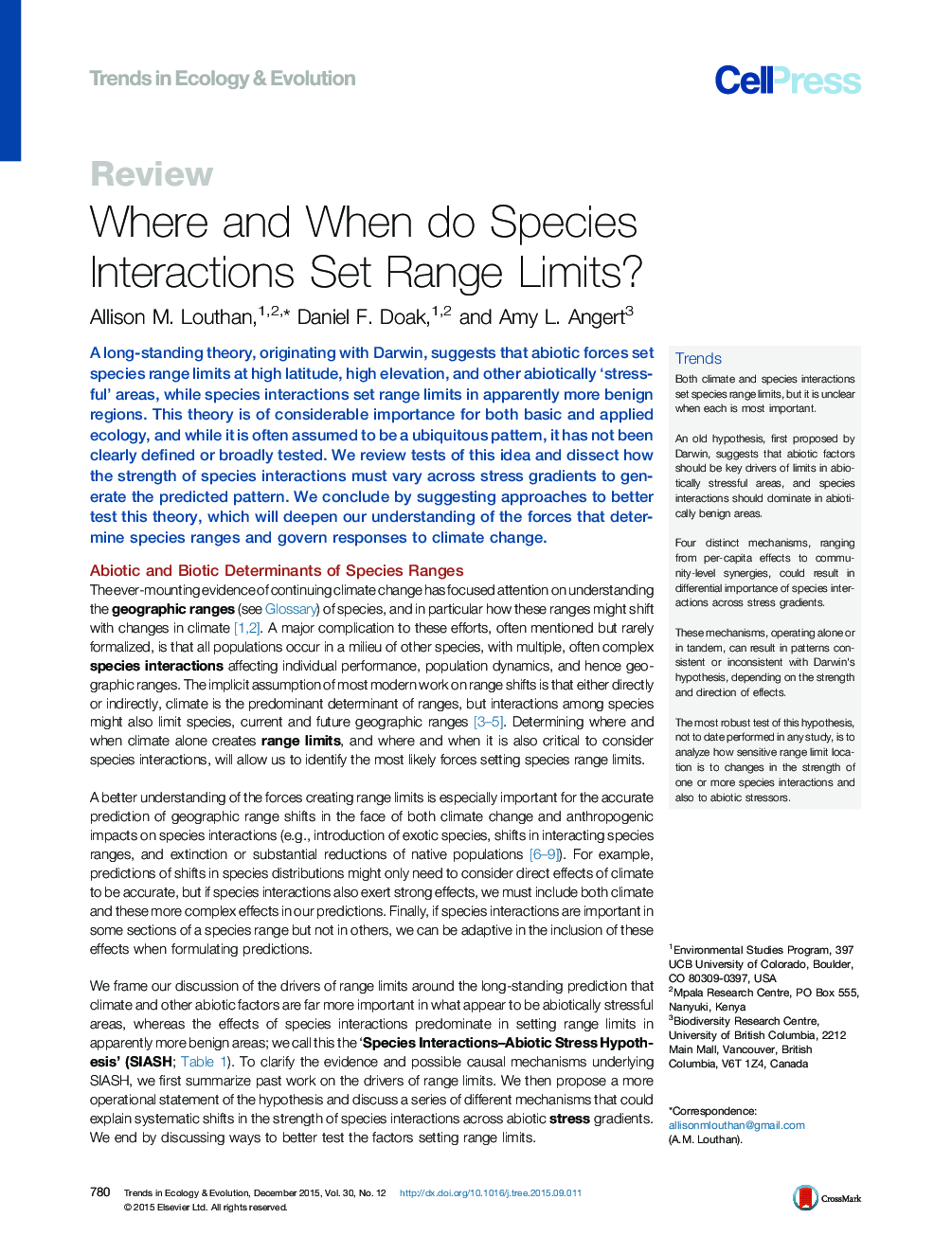 A long-standing theory, originating with Darwin, suggests that abiotic forces set species range limits at high latitude, high elevation, and other abiotically ‘stressful’ areas, while species interactions set range limits in apparently more benign regions. This theory is of considerable importance for both basic and applied ecology, and while it is often assumed to be a ubiquitous pattern, it has not been clearly defined or broadly tested. We review tests of this idea and dissect how the strength of species interactions must vary across stress gradients to generate the predicted pattern. We conclude by suggesting approaches to better test this theory, which will deepen our understanding of the forces that determine species ranges and govern responses to climate change.

TrendsBoth climate and species interactions set species range limits, but it is unclear when each is most important.An old hypothesis, first proposed by Darwin, suggests that abiotic factors should be key drivers of limits in abiotically stressful areas, and species interactions should dominate in abiotically benign areas.Four distinct mechanisms, ranging from per-capita effects to community-level synergies, could result in differential importance of species interactions across stress gradients.These mechanisms, operating alone or in tandem, can result in patterns consistent or inconsistent with Darwin's hypothesis, depending on the strength and direction of effects.The most robust test of this hypothesis, not to date performed in any study, is to analyze how sensitive range limit location is to changes in the strength of one or more species interactions and also to abiotic stressors.