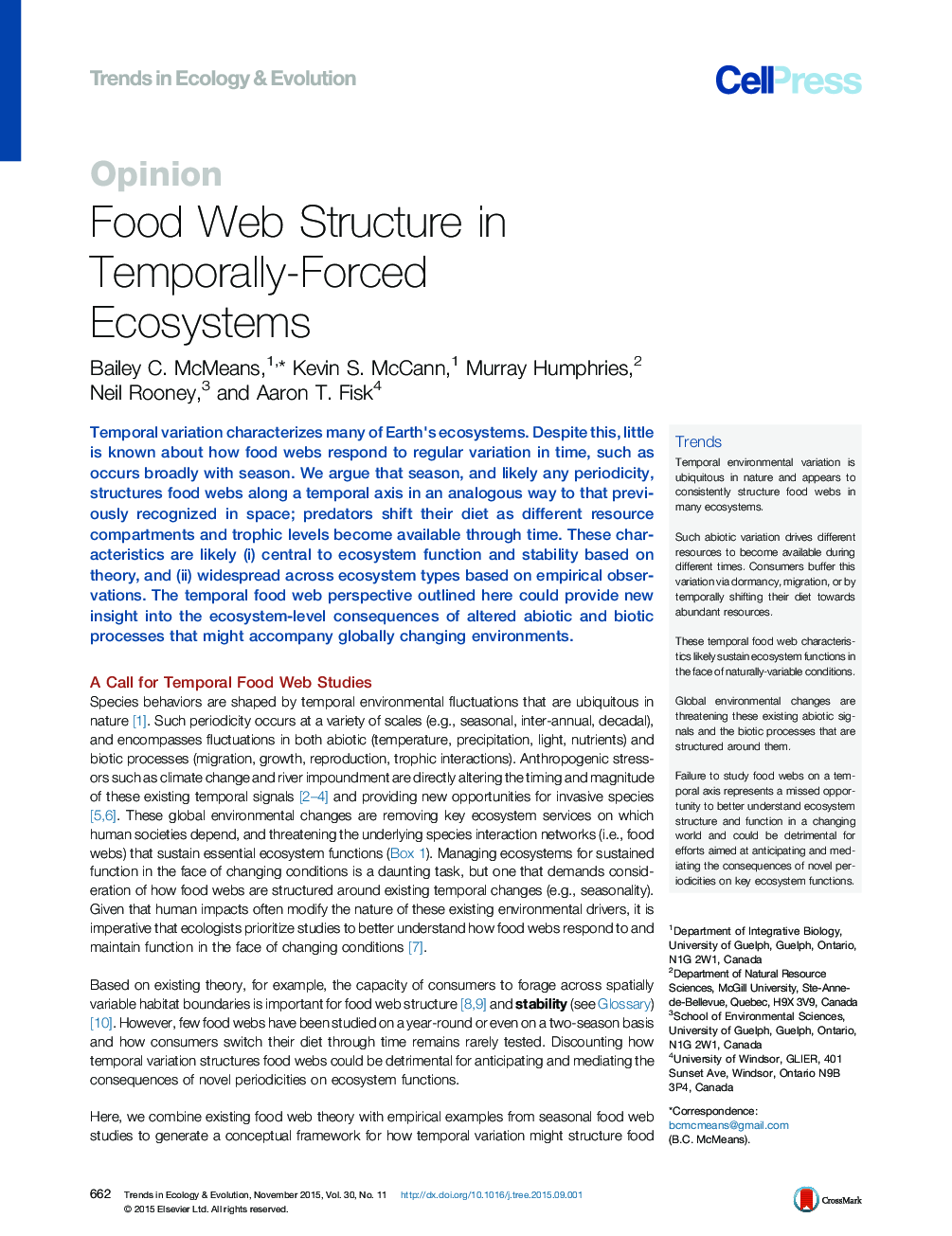 Temporal variation characterizes many of Earth's ecosystems. Despite this, little is known about how food webs respond to regular variation in time, such as occurs broadly with season. We argue that season, and likely any periodicity, structures food webs along a temporal axis in an analogous way to that previously recognized in space; predators shift their diet as different resource compartments and trophic levels become available through time. These characteristics are likely (i) central to ecosystem function and stability based on theory, and (ii) widespread across ecosystem types based on empirical observations. The temporal food web perspective outlined here could provide new insight into the ecosystem-level consequences of altered abiotic and biotic processes that might accompany globally changing environments.

TrendsTemporal environmental variation is ubiquitous in nature and appears to consistently structure food webs in many ecosystems.Such abiotic variation drives different resources to become available during different times. Consumers buffer this variation via dormancy, migration, or by temporally shifting their diet towards abundant resources.These temporal food web characteristics likely sustain ecosystem functions in the face of naturally-variable conditions.Global environmental changes are threatening these existing abiotic signals and the biotic processes that are structured around them.Failure to study food webs on a temporal axis represents a missed opportunity to better understand ecosystem structure and function in a changing world and could be detrimental for efforts aimed at anticipating and mediating the consequences of novel periodicities on key ecosystem functions.