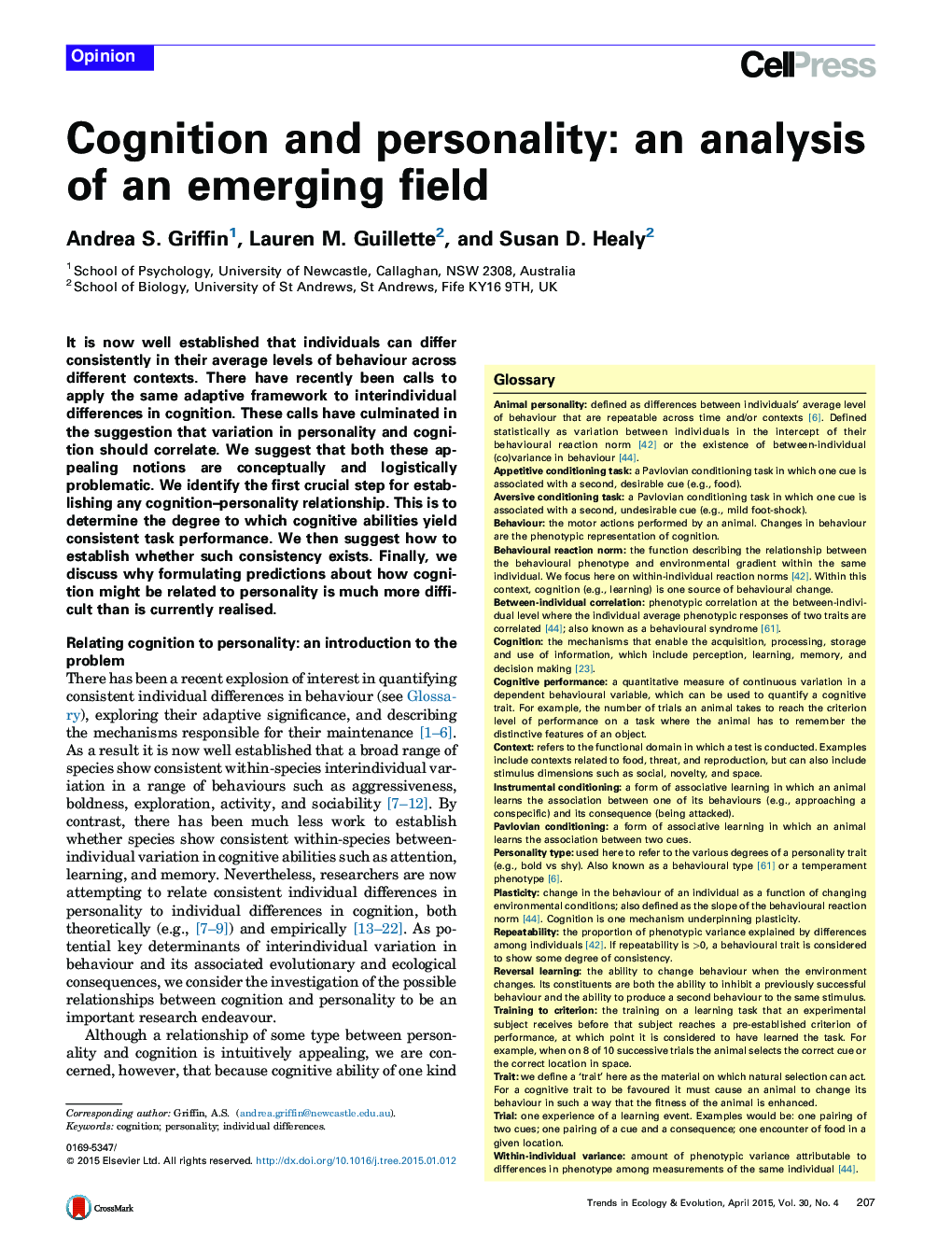 It is now well established that individuals can differ consistently in their average levels of behaviour across different contexts. There have recently been calls to apply the same adaptive framework to interindividual differences in cognition. These calls have culminated in the suggestion that variation in personality and cognition should correlate. We suggest that both these appealing notions are conceptually and logistically problematic. We identify the first crucial step for establishing any cognition–personality relationship. This is to determine the degree to which cognitive abilities yield consistent task performance. We then suggest how to establish whether such consistency exists. Finally, we discuss why formulating predictions about how cognition might be related to personality is much more difficult than is currently realised.