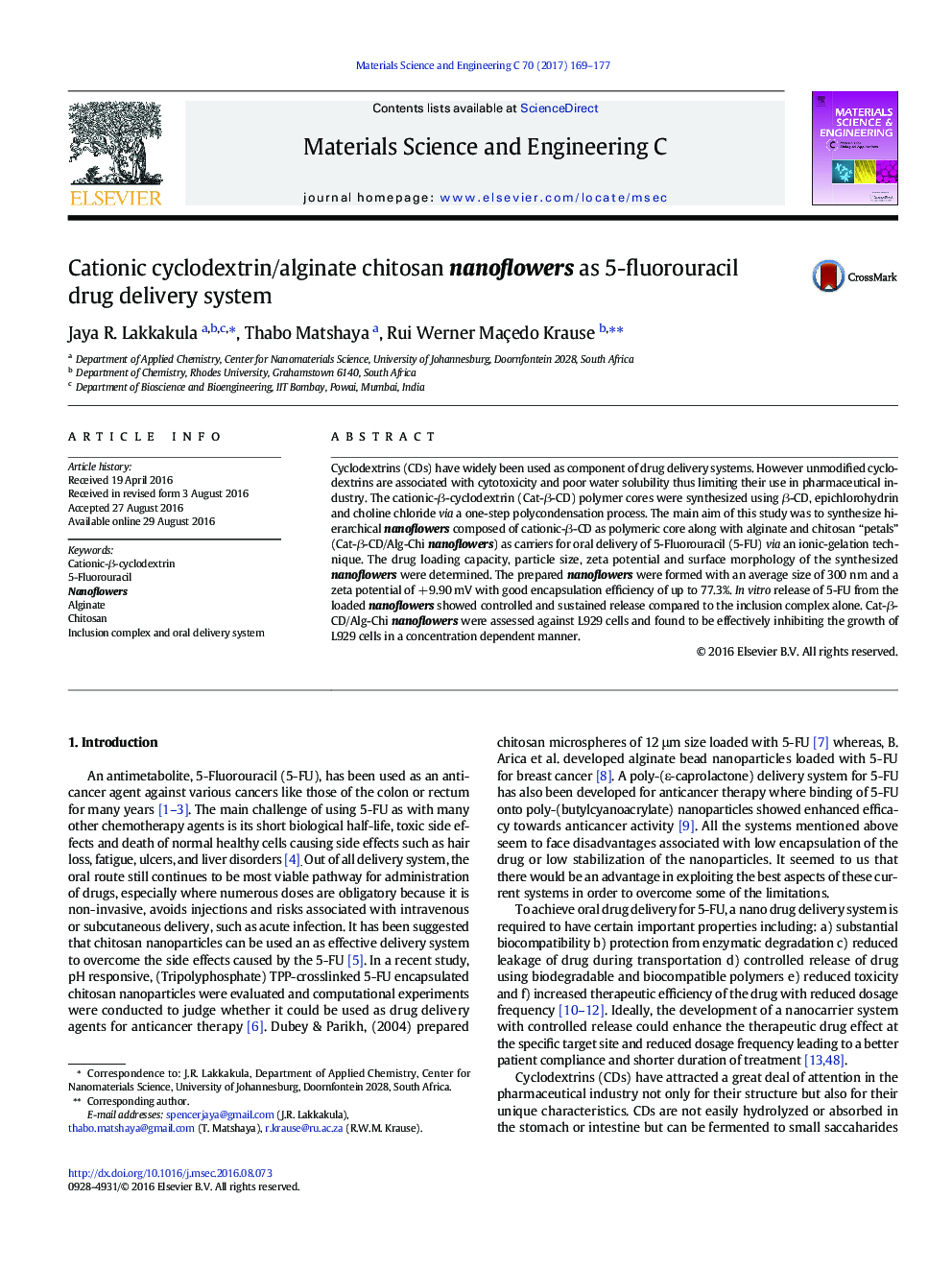 • Cationic-β-cyclodextrin polymer was synthesized and characterized.
• Inclusion complex was synthesized and studied using 1H NMR and 2D NMR, FTIR, DSC and SEM.
• Inclusion complex with cationic charge was crosslinked with Alginate and Chitosan to form nanoflowers.
• Particle size could be tailor made by adjusting chitosan concentration.
• Nanoflowers can serve as an ideal drug delivery system.

Cyclodextrins (CDs) have widely been used as component of drug delivery systems. However unmodified cyclodextrins are associated with cytotoxicity and poor water solubility thus limiting their use in pharmaceutical industry. The cationic-β-cyclodextrin (Cat-β-CD) polymer cores were synthesized using β-CD, epichlorohydrin and choline chloride via a one-step polycondensation process. The main aim of this study was to synthesize hierarchical nanoflowers composed of cationic-β-CD as polymeric core along with alginate and chitosan “petals” (Cat-β-CD/Alg-Chi nanoflowers) as carriers for oral delivery of 5-Fluorouracil (5-FU) via an ionic-gelation technique. The drug loading capacity, particle size, zeta potential and surface morphology of the synthesized nanoflowers were determined. The prepared nanoflowers were formed with an average size of 300 nm and a zeta potential of + 9.90 mV with good encapsulation efficiency of up to 77.3%. In vitro release of 5-FU from the loaded nanoflowers showed controlled and sustained release compared to the inclusion complex alone. Cat-β-CD/Alg-Chi nanoflowers were assessed against L929 cells and found to be effectively inhibiting the growth of L929 cells in a concentration dependent manner.