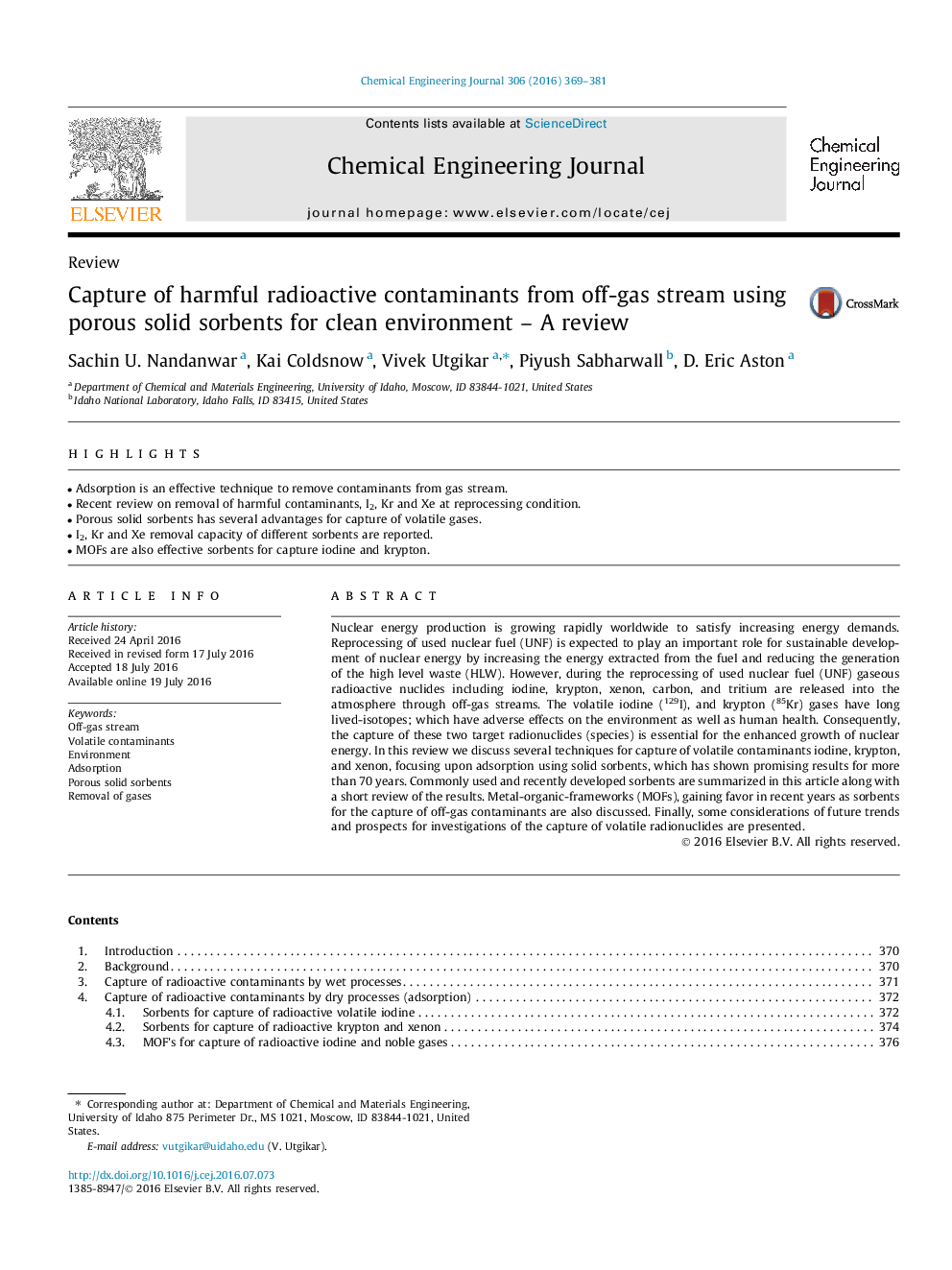 • Adsorption is an effective technique to remove contaminants from gas stream.
• Recent review on removal of harmful contaminants, I2, Kr and Xe at reprocessing condition.
• Porous solid sorbents has several advantages for capture of volatile gases.
• I2, Kr and Xe removal capacity of different sorbents are reported.
• MOFs are also effective sorbents for capture iodine and krypton.

Nuclear energy production is growing rapidly worldwide to satisfy increasing energy demands. Reprocessing of used nuclear fuel (UNF) is expected to play an important role for sustainable development of nuclear energy by increasing the energy extracted from the fuel and reducing the generation of the high level waste (HLW). However, during the reprocessing of used nuclear fuel (UNF) gaseous radioactive nuclides including iodine, krypton, xenon, carbon, and tritium are released into the atmosphere through off-gas streams. The volatile iodine (129I), and krypton (85Kr) gases have long lived-isotopes; which have adverse effects on the environment as well as human health. Consequently, the capture of these two target radionuclides (species) is essential for the enhanced growth of nuclear energy. In this review we discuss several techniques for capture of volatile contaminants iodine, krypton, and xenon, focusing upon adsorption using solid sorbents, which has shown promising results for more than 70 years. Commonly used and recently developed sorbents are summarized in this article along with a short review of the results. Metal-organic-frameworks (MOFs), gaining favor in recent years as sorbents for the capture of off-gas contaminants are also discussed. Finally, some considerations of future trends and prospects for investigations of the capture of volatile radionuclides are presented.