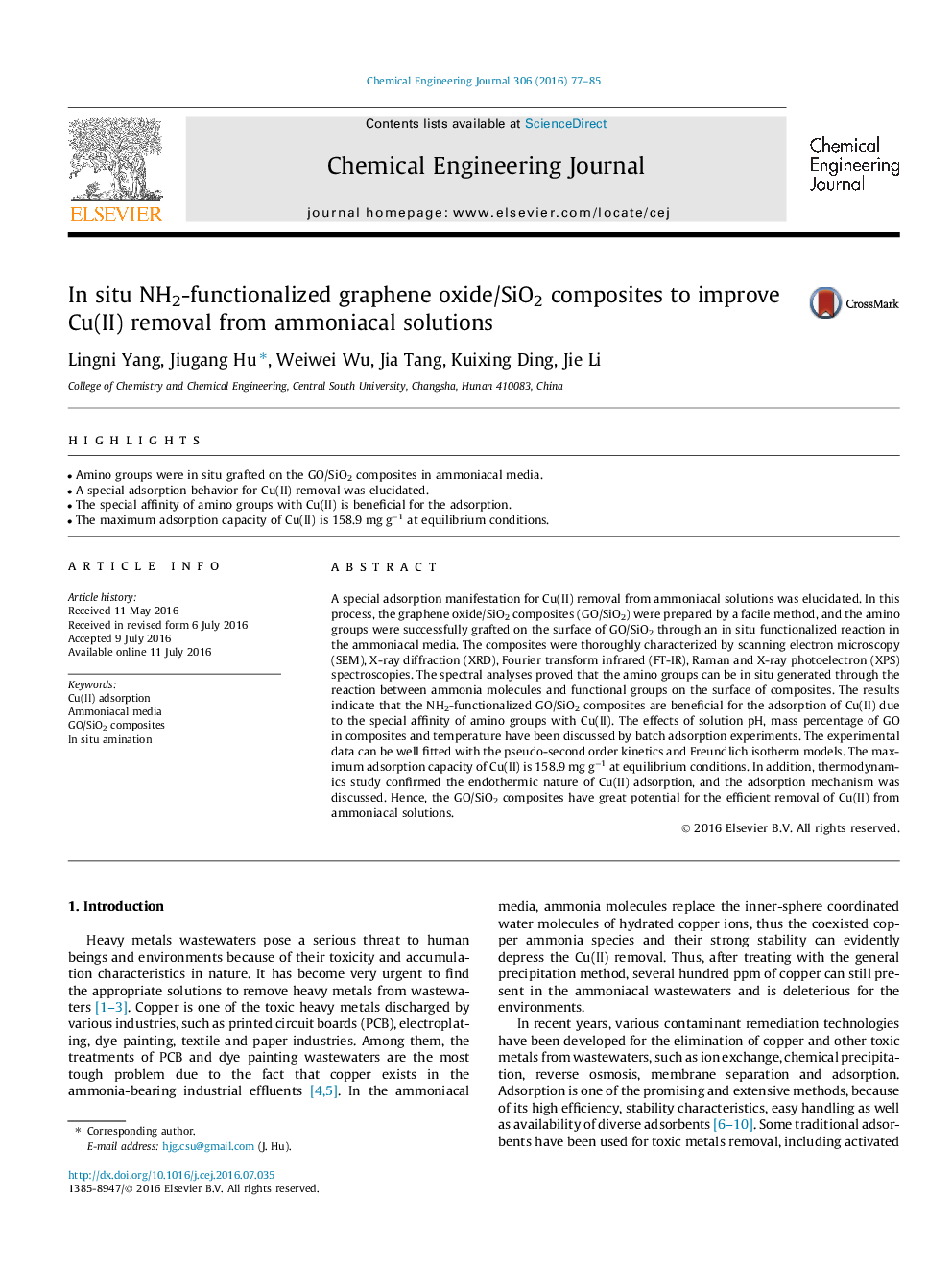 • Amino groups were in situ grafted on the GO/SiO2 composites in ammoniacal media.
• A special adsorption behavior for Cu(II) removal was elucidated.
• The special affinity of amino groups with Cu(II) is beneficial for the adsorption.
• The maximum adsorption capacity of Cu(II) is 158.9 mg g−1 at equilibrium conditions.

A special adsorption manifestation for Cu(II) removal from ammoniacal solutions was elucidated. In this process, the graphene oxide/SiO2 composites (GO/SiO2) were prepared by a facile method, and the amino groups were successfully grafted on the surface of GO/SiO2 through an in situ functionalized reaction in the ammoniacal media. The composites were thoroughly characterized by scanning electron microscopy (SEM), X-ray diffraction (XRD), Fourier transform infrared (FT-IR), Raman and X-ray photoelectron (XPS) spectroscopies. The spectral analyses proved that the amino groups can be in situ generated through the reaction between ammonia molecules and functional groups on the surface of composites. The results indicate that the NH2-functionalized GO/SiO2 composites are beneficial for the adsorption of Cu(II) due to the special affinity of amino groups with Cu(II). The effects of solution pH, mass percentage of GO in composites and temperature have been discussed by batch adsorption experiments. The experimental data can be well fitted with the pseudo-second order kinetics and Freundlich isotherm models. The maximum adsorption capacity of Cu(II) is 158.9 mg g−1 at equilibrium conditions. In addition, thermodynamics study confirmed the endothermic nature of Cu(II) adsorption, and the adsorption mechanism was discussed. Hence, the GO/SiO2 composites have great potential for the efficient removal of Cu(II) from ammoniacal solutions.