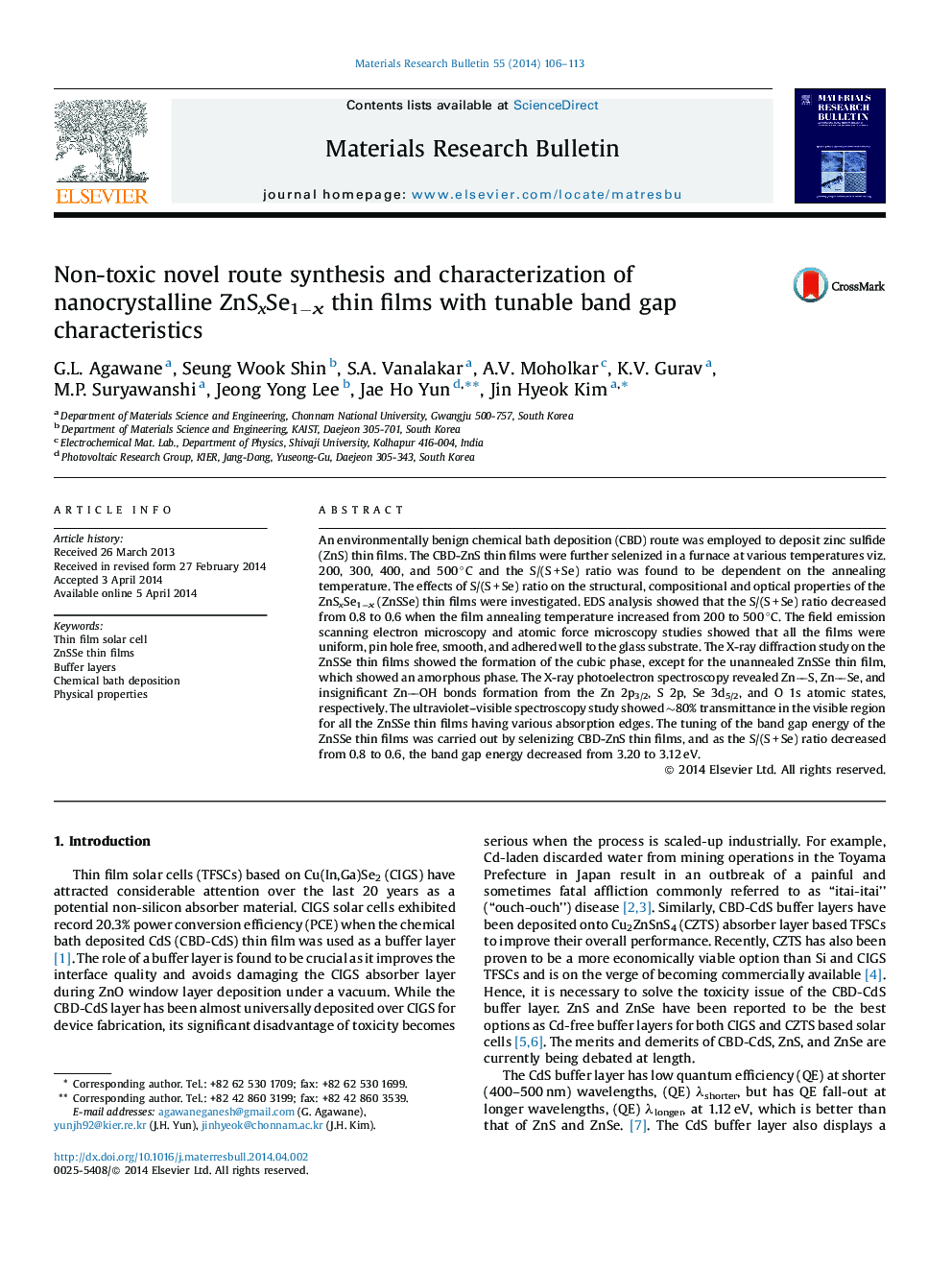 An environmentally benign chemical bath deposition (CBD) route was employed to deposit zinc sulfide (ZnS) thin films. The CBD-ZnS thin films were further selenized in a furnace at various temperatures viz. 200, 300, 400, and 500 °C and the S/(S + Se) ratio was found to be dependent on the annealing temperature. The effects of S/(S + Se) ratio on the structural, compositional and optical properties of the ZnSxSe1−x (ZnSSe) thin films were investigated. EDS analysis showed that the S/(S + Se) ratio decreased from 0.8 to 0.6 when the film annealing temperature increased from 200 to 500 °C. The field emission scanning electron microscopy and atomic force microscopy studies showed that all the films were uniform, pin hole free, smooth, and adhered well to the glass substrate. The X-ray diffraction study on the ZnSSe thin films showed the formation of the cubic phase, except for the unannealed ZnSSe thin film, which showed an amorphous phase. The X-ray photoelectron spectroscopy revealed ZnS, ZnSe, and insignificant ZnOH bonds formation from the Zn 2p3/2, S 2p, Se 3d5/2, and O 1s atomic states, respectively. The ultraviolet–visible spectroscopy study showed ∼80% transmittance in the visible region for all the ZnSSe thin films having various absorption edges. The tuning of the band gap energy of the ZnSSe thin films was carried out by selenizing CBD-ZnS thin films, and as the S/(S + Se) ratio decreased from 0.8 to 0.6, the band gap energy decreased from 3.20 to 3.12 eV.