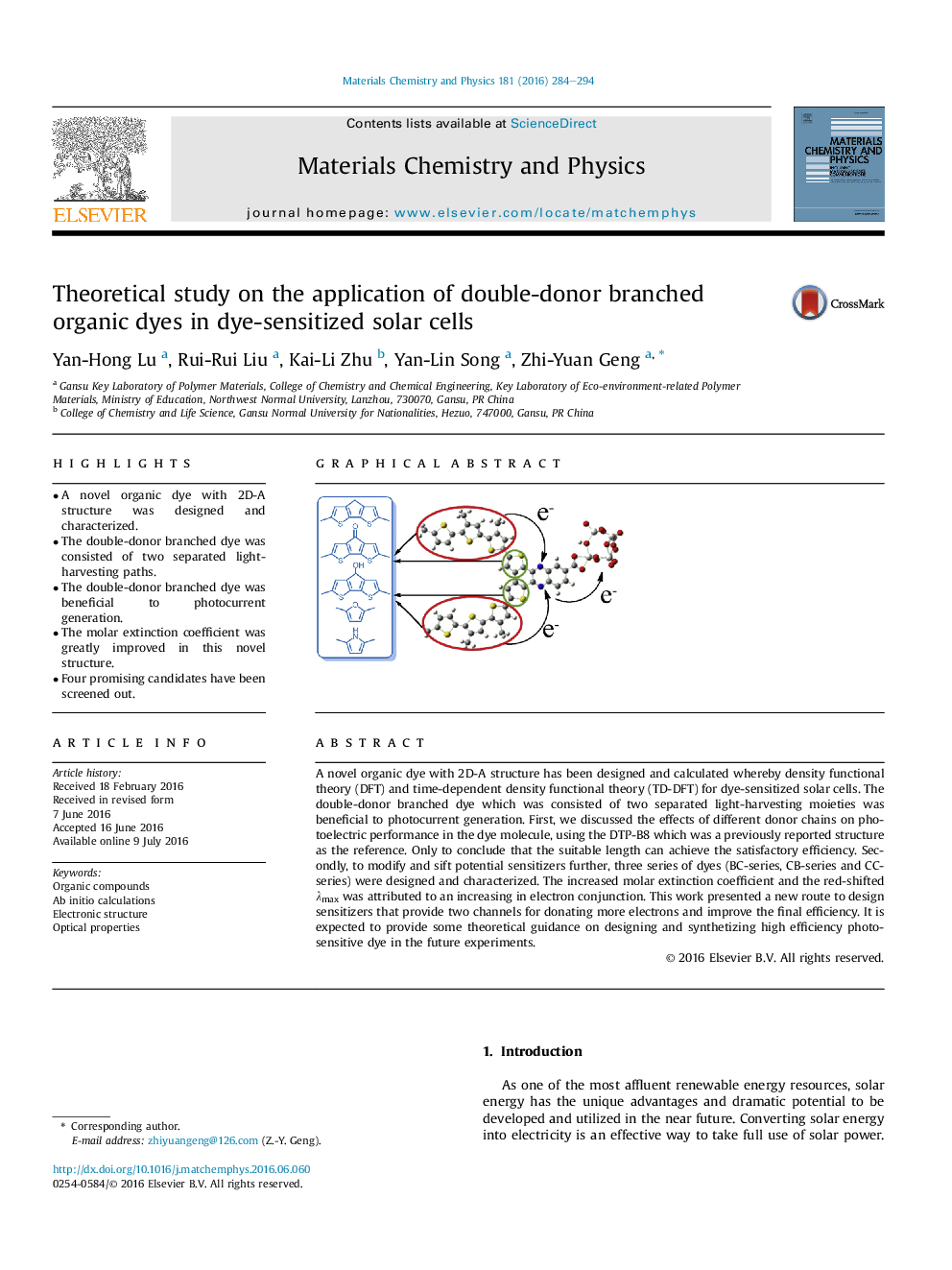 A novel organic dye with 2D-A structure has been designed and calculated whereby density functional theory (DFT) and time-dependent density functional theory (TD-DFT) for dye-sensitized solar cells. The double-donor branched dye which was consisted of two separated light-harvesting moieties was beneficial to photocurrent generation. First, we discussed the effects of different donor chains on photoelectric performance in the dye molecule, using the DTP-B8 which was a previously reported structure as the reference. Only to conclude that the suitable length can achieve the satisfactory efficiency. Secondly, to modify and sift potential sensitizers further, three series of dyes (BC-series, CB-series and CC-series) were designed and characterized. The increased molar extinction coefficient and the red-shifted λmax was attributed to an increasing in electron conjunction. This work presented a new route to design sensitizers that provide two channels for donating more electrons and improve the final efficiency. It is expected to provide some theoretical guidance on designing and synthetizing high efficiency photosensitive dye in the future experiments.