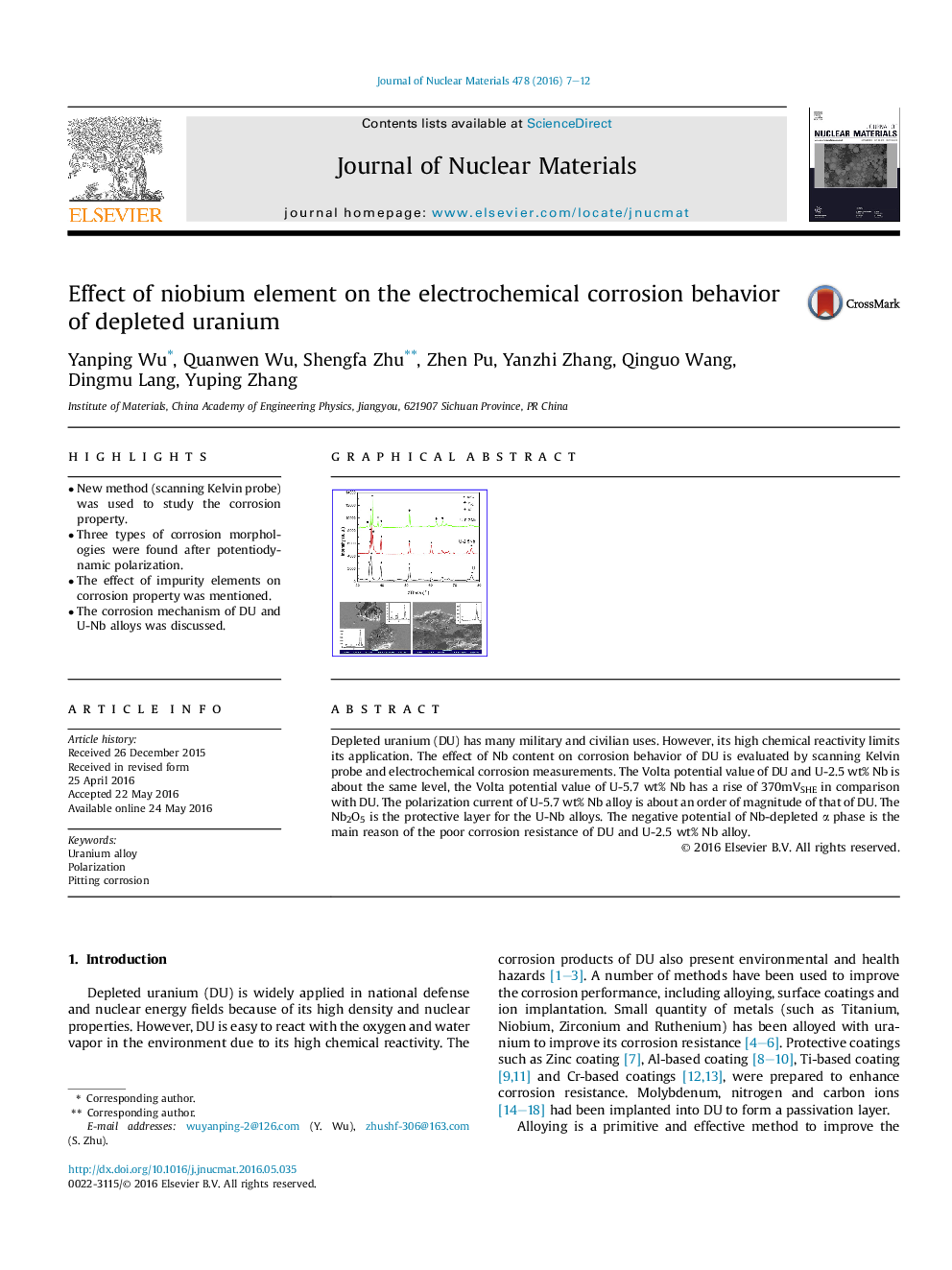 Depleted uranium (DU) has many military and civilian uses. However, its high chemical reactivity limits its application. The effect of Nb content on corrosion behavior of DU is evaluated by scanning Kelvin probe and electrochemical corrosion measurements. The Volta potential value of DU and U-2.5 wt% Nb is about the same level, the Volta potential value of U-5.7 wt% Nb has a rise of 370mVSHE in comparison with DU. The polarization current of U-5.7 wt% Nb alloy is about an order of magnitude of that of DU. The Nb2O5 is the protective layer for the U-Nb alloys. The negative potential of Nb-depleted α phase is the main reason of the poor corrosion resistance of DU and U-2.5 wt% Nb alloy.