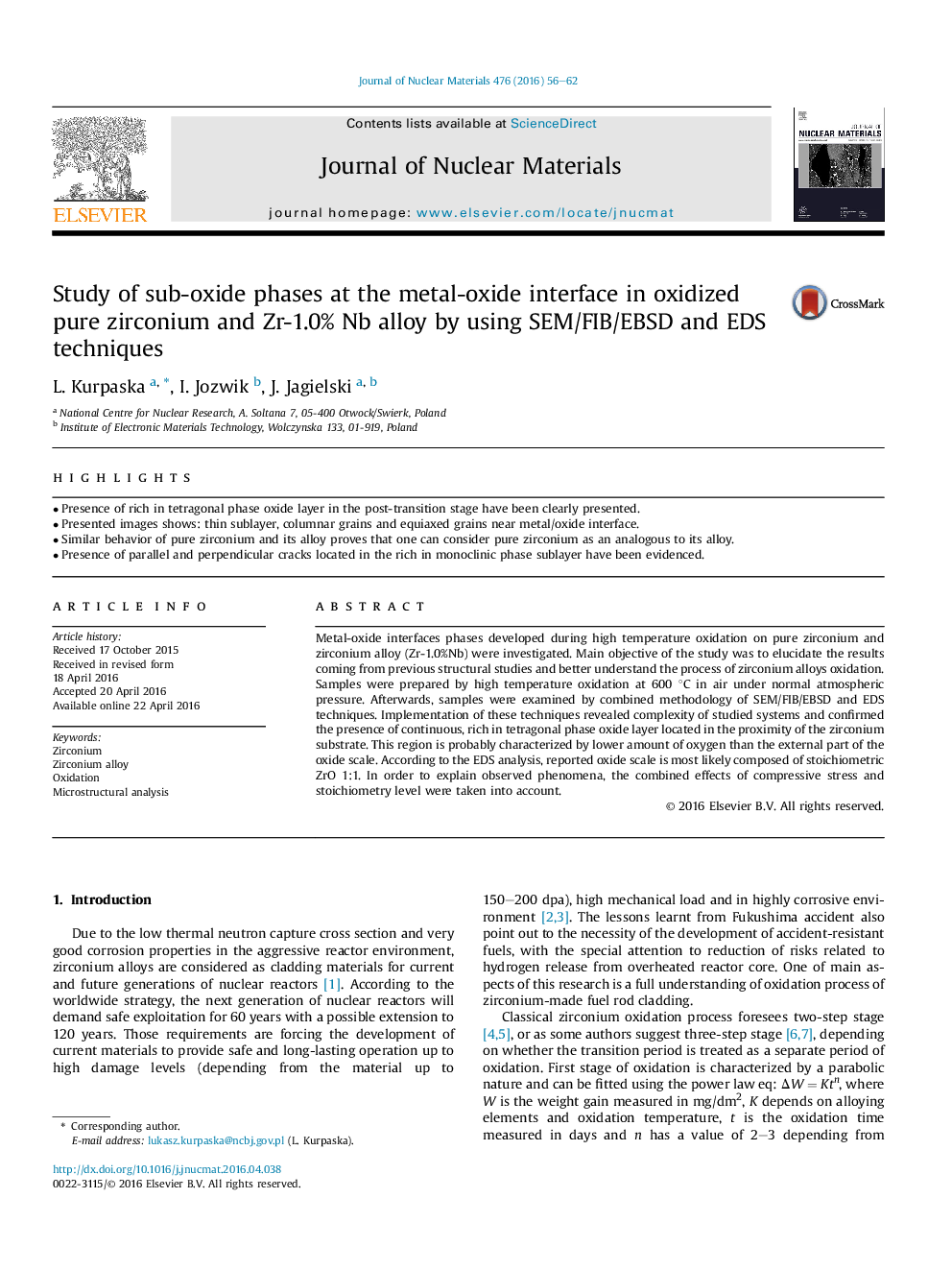 • Presence of rich in tetragonal phase oxide layer in the post-transition stage have been clearly presented.
• Presented images shows: thin sublayer, columnar grains and equiaxed grains near metal/oxide interface.
• Similar behavior of pure zirconium and its alloy proves that one can consider pure zirconium as an analogous to its alloy.
• Presence of parallel and perpendicular cracks located in the rich in monoclinic phase sublayer have been evidenced.

Metal-oxide interfaces phases developed during high temperature oxidation on pure zirconium and zirconium alloy (Zr-1.0%Nb) were investigated. Main objective of the study was to elucidate the results coming from previous structural studies and better understand the process of zirconium alloys oxidation. Samples were prepared by high temperature oxidation at 600 °C in air under normal atmospheric pressure. Afterwards, samples were examined by combined methodology of SEM/FIB/EBSD and EDS techniques. Implementation of these techniques revealed complexity of studied systems and confirmed the presence of continuous, rich in tetragonal phase oxide layer located in the proximity of the zirconium substrate. This region is probably characterized by lower amount of oxygen than the external part of the oxide scale. According to the EDS analysis, reported oxide scale is most likely composed of stoichiometric ZrO 1:1. In order to explain observed phenomena, the combined effects of compressive stress and stoichiometry level were taken into account.