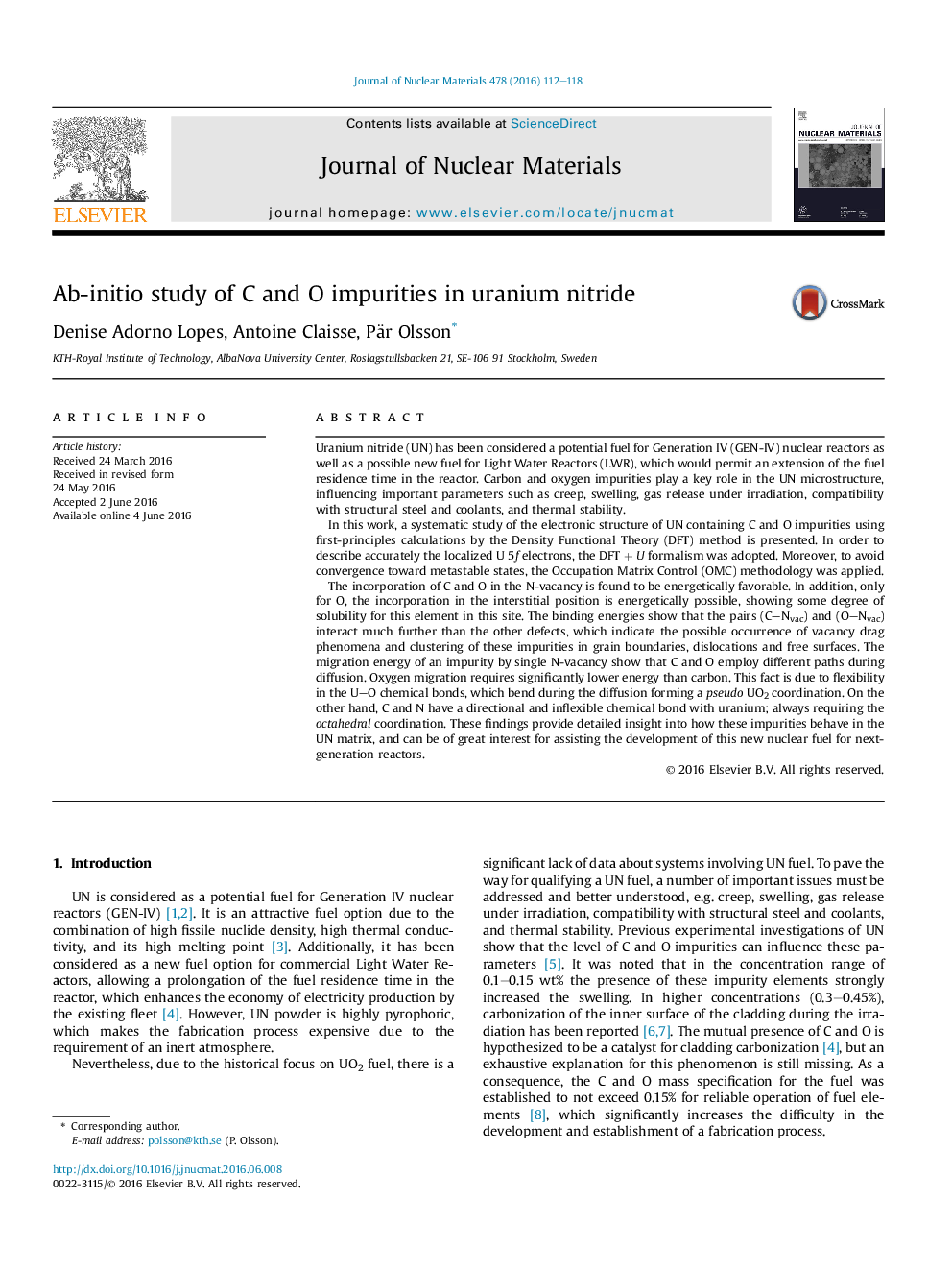 Uranium nitride (UN) has been considered a potential fuel for Generation IV (GEN-IV) nuclear reactors as well as a possible new fuel for Light Water Reactors (LWR), which would permit an extension of the fuel residence time in the reactor. Carbon and oxygen impurities play a key role in the UN microstructure, influencing important parameters such as creep, swelling, gas release under irradiation, compatibility with structural steel and coolants, and thermal stability.In this work, a systematic study of the electronic structure of UN containing C and O impurities using first-principles calculations by the Density Functional Theory (DFT) method is presented. In order to describe accurately the localized U 5f electrons, the DFT + U formalism was adopted. Moreover, to avoid convergence toward metastable states, the Occupation Matrix Control (OMC) methodology was applied.The incorporation of C and O in the N-vacancy is found to be energetically favorable. In addition, only for O, the incorporation in the interstitial position is energetically possible, showing some degree of solubility for this element in this site. The binding energies show that the pairs (CNvac) and (ONvac) interact much further than the other defects, which indicate the possible occurrence of vacancy drag phenomena and clustering of these impurities in grain boundaries, dislocations and free surfaces. The migration energy of an impurity by single N-vacancy show that C and O employ different paths during diffusion. Oxygen migration requires significantly lower energy than carbon. This fact is due to flexibility in the UO chemical bonds, which bend during the diffusion forming a pseudo UO2 coordination. On the other hand, C and N have a directional and inflexible chemical bond with uranium; always requiring the octahedral coordination. These findings provide detailed insight into how these impurities behave in the UN matrix, and can be of great interest for assisting the development of this new nuclear fuel for next-generation reactors.