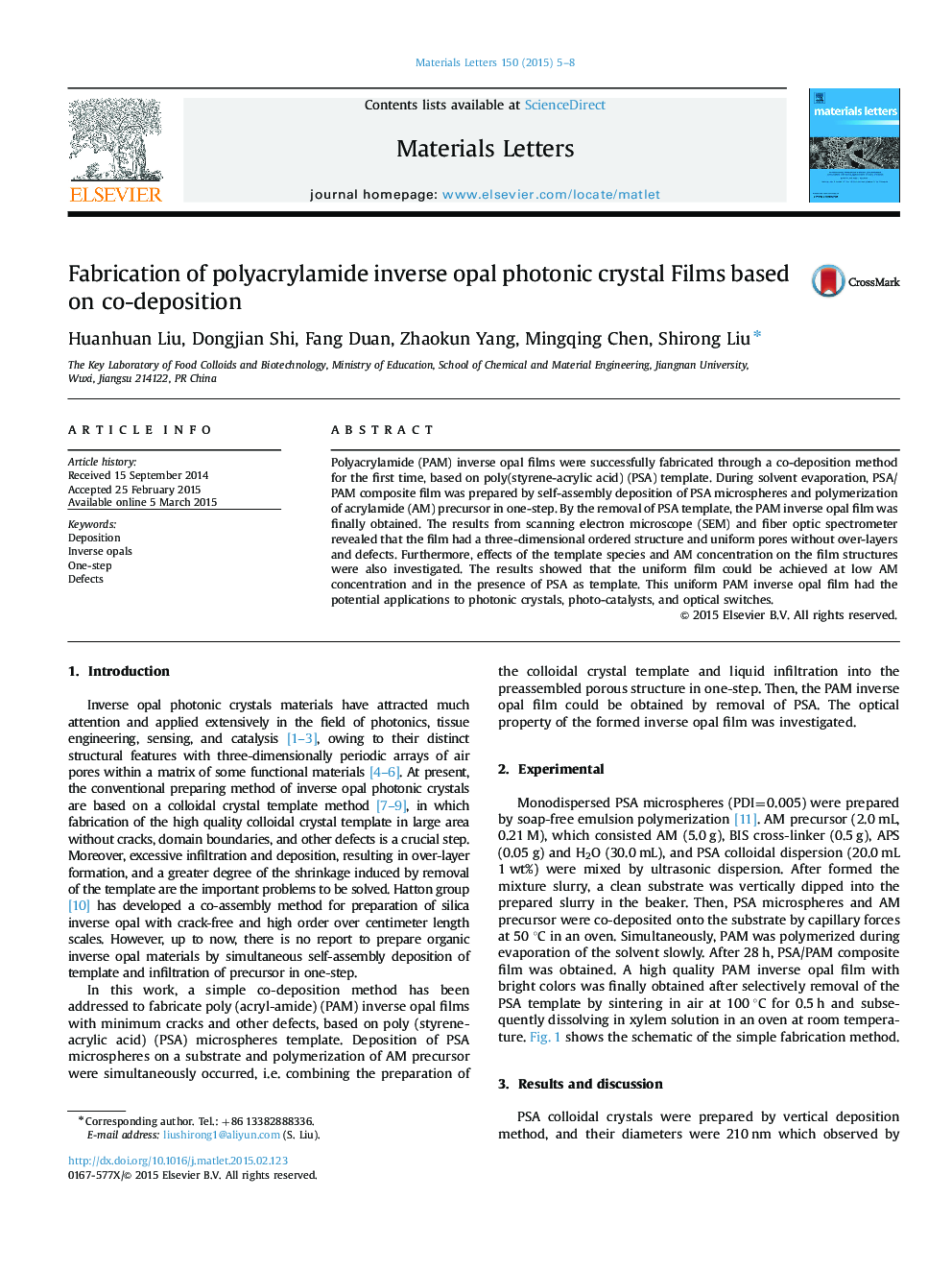 • The co-deposition method is a new strategy for preparing PAM inverse opal films.
• The hydrogen interaction between AM and PSA is crucial to co-deposition.
• The smaller shrinkage of the inverse opal resulted from the cross-linked PAM.
• The low concentration of AM has an important influence on structure of films.

Polyacrylamide (PAM) inverse opal films were successfully fabricated through a co-deposition method for the first time, based on poly(styrene-acrylic acid) (PSA) template. During solvent evaporation, PSA/PAM composite film was prepared by self-assembly deposition of PSA microspheres and polymerization of acrylamide (AM) precursor in one-step. By the removal of PSA template, the PAM inverse opal film was finally obtained. The results from scanning electron microscope (SEM) and fiber optic spectrometer revealed that the film had a three-dimensional ordered structure and uniform pores without over-layers and defects. Furthermore, effects of the template species and AM concentration on the film structures were also investigated. The results showed that the uniform film could be achieved at low AM concentration and in the presence of PSA as template. This uniform PAM inverse opal film had the potential applications to photonic crystals, photo-catalysts, and optical switches.