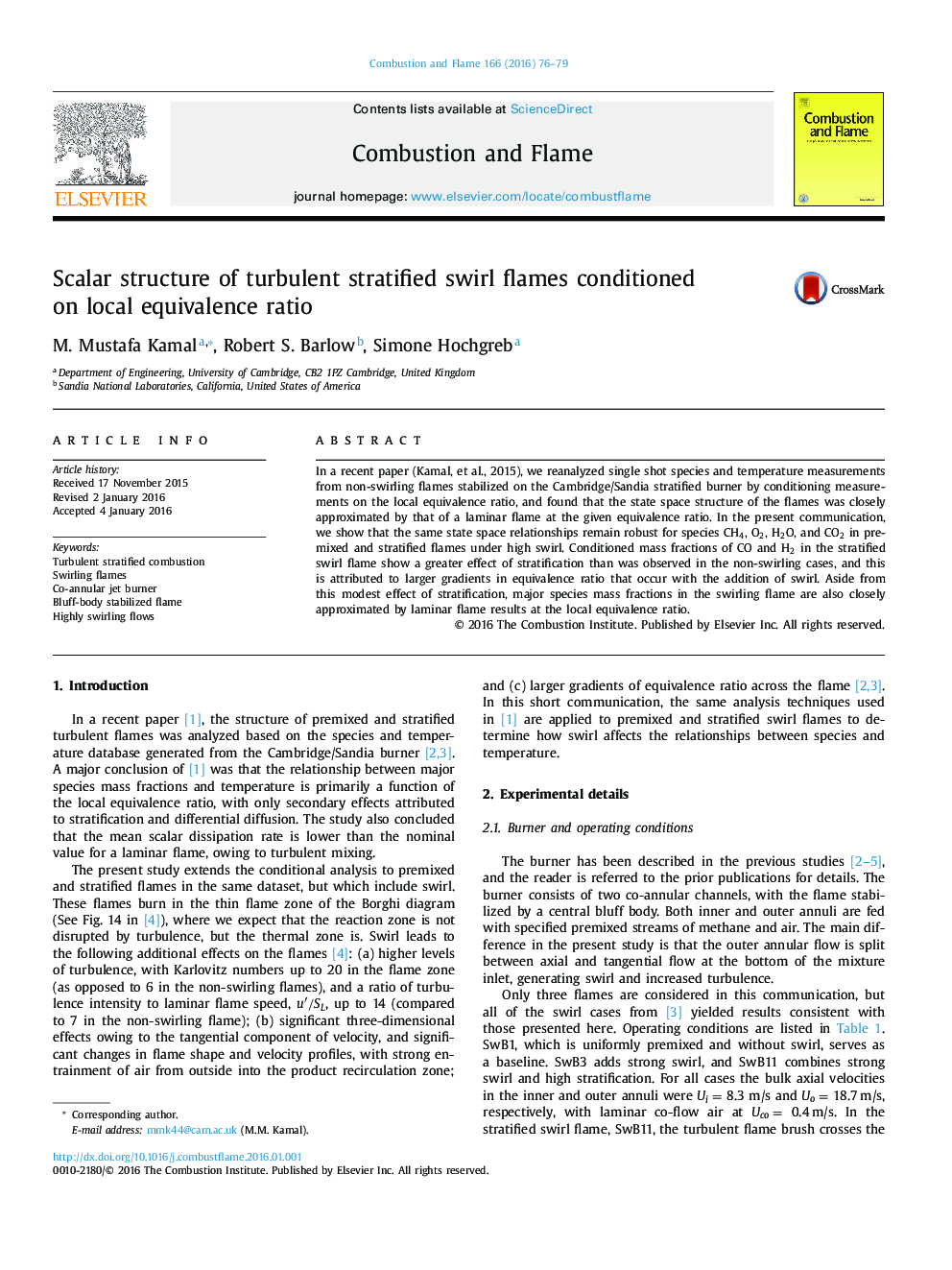 In a recent paper (Kamal, et al., 2015), we reanalyzed single shot species and temperature measurements from non-swirling flames stabilized on the Cambridge/Sandia stratified burner by conditioning measurements on the local equivalence ratio, and found that the state space structure of the flames was closely approximated by that of a laminar flame at the given equivalence ratio. In the present communication, we show that the same state space relationships remain robust for species CH4, O2, H2O, and CO2 in premixed and stratified flames under high swirl. Conditioned mass fractions of CO and H2 in the stratified swirl flame show a greater effect of stratification than was observed in the non-swirling cases, and this is attributed to larger gradients in equivalence ratio that occur with the addition of swirl. Aside from this modest effect of stratification, major species mass fractions in the swirling flame are also closely approximated by laminar flame results at the local equivalence ratio.