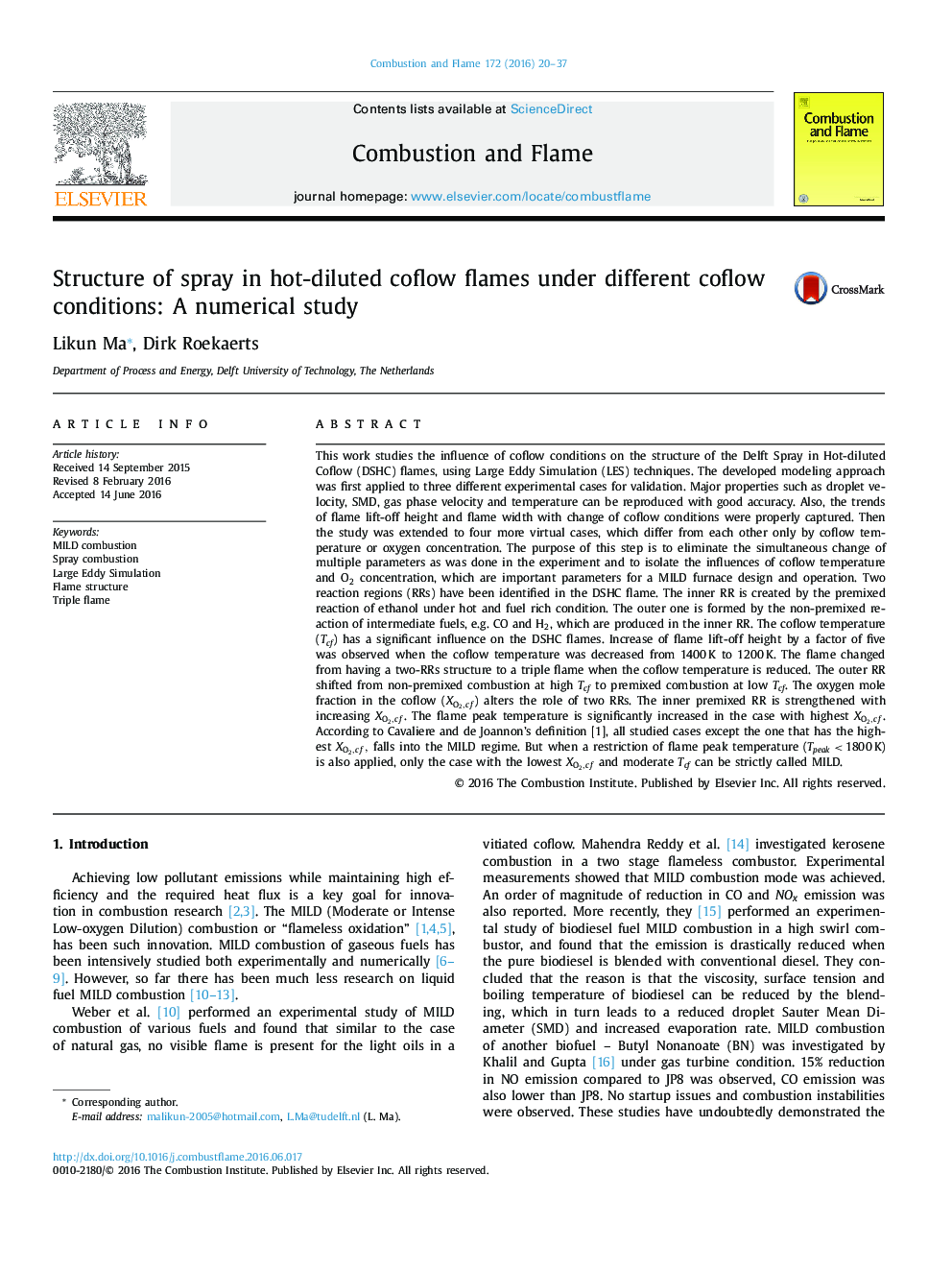 This work studies the influence of coflow conditions on the structure of the Delft Spray in Hot-diluted Coflow (DSHC) flames, using Large Eddy Simulation (LES) techniques. The developed modeling approach was first applied to three different experimental cases for validation. Major properties such as droplet velocity, SMD, gas phase velocity and temperature can be reproduced with good accuracy. Also, the trends of flame lift-off height and flame width with change of coflow conditions were properly captured. Then the study was extended to four more virtual cases, which differ from each other only by coflow temperature or oxygen concentration. The purpose of this step is to eliminate the simultaneous change of multiple parameters as was done in the experiment and to isolate the influences of coflow temperature and O2 concentration, which are important parameters for a MILD furnace design and operation. Two reaction regions (RRs) have been identified in the DSHC flame. The inner RR is created by the premixed reaction of ethanol under hot and fuel rich condition. The outer one is formed by the non-premixed reaction of intermediate fuels, e.g. CO and H2, which are produced in the inner RR. The coflow temperature (Tcf) has a significant influence on the DSHC flames. Increase of flame lift-off height by a factor of five was observed when the coflow temperature was decreased from 1400 K to 1200 K. The flame changed from having a two-RRs structure to a triple flame when the coflow temperature is reduced. The outer RR shifted from non-premixed combustion at high Tcf to premixed combustion at low Tcf  . The oxygen mole fraction in the coflow (XO2,cfXO2,cf) alters the role of two RRs. The inner premixed RR is strengthened with increasing XO2,cfXO2,cf. The flame peak temperature is significantly increased in the case with highest XO2,cfXO2,cf. According to Cavaliere and de Joannon’s definition [1], all studied cases except the one that has the highest XO2,cf,XO2,cf, falls into the MILD regime. But when a restriction of flame peak temperature (Tpeak   < 1800 K) is also applied, only the case with the lowest XO2,cfXO2,cf and moderate Tcf can be strictly called MILD.