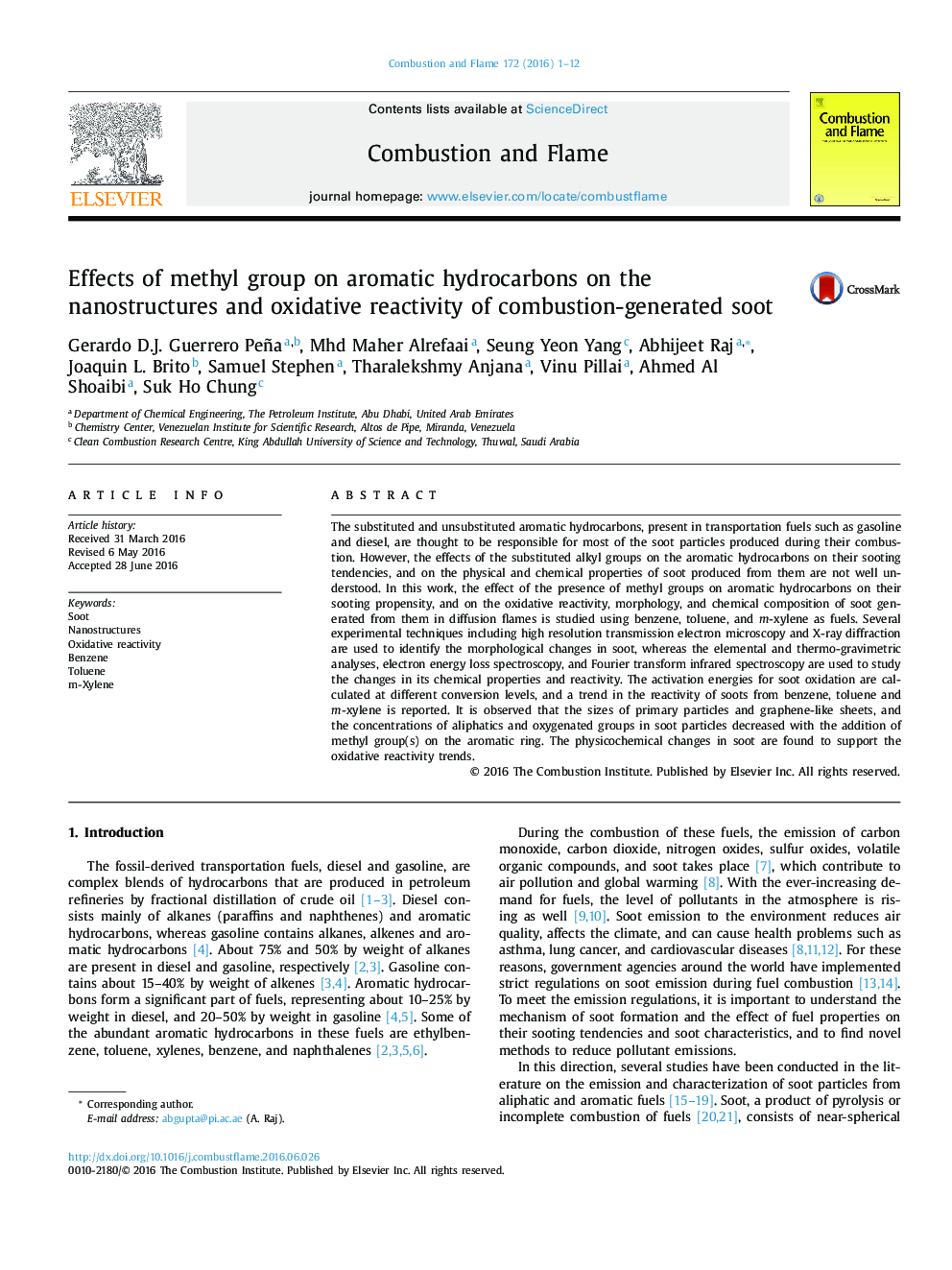 The substituted and unsubstituted aromatic hydrocarbons, present in transportation fuels such as gasoline and diesel, are thought to be responsible for most of the soot particles produced during their combustion. However, the effects of the substituted alkyl groups on the aromatic hydrocarbons on their sooting tendencies, and on the physical and chemical properties of soot produced from them are not well understood. In this work, the effect of the presence of methyl groups on aromatic hydrocarbons on their sooting propensity, and on the oxidative reactivity, morphology, and chemical composition of soot generated from them in diffusion flames is studied using benzene, toluene, and m-xylene as fuels. Several experimental techniques including high resolution transmission electron microscopy and X-ray diffraction are used to identify the morphological changes in soot, whereas the elemental and thermo-gravimetric analyses, electron energy loss spectroscopy, and Fourier transform infrared spectroscopy are used to study the changes in its chemical properties and reactivity. The activation energies for soot oxidation are calculated at different conversion levels, and a trend in the reactivity of soots from benzene, toluene and m-xylene is reported. It is observed that the sizes of primary particles and graphene-like sheets, and the concentrations of aliphatics and oxygenated groups in soot particles decreased with the addition of methyl group(s) on the aromatic ring. The physicochemical changes in soot are found to support the oxidative reactivity trends.