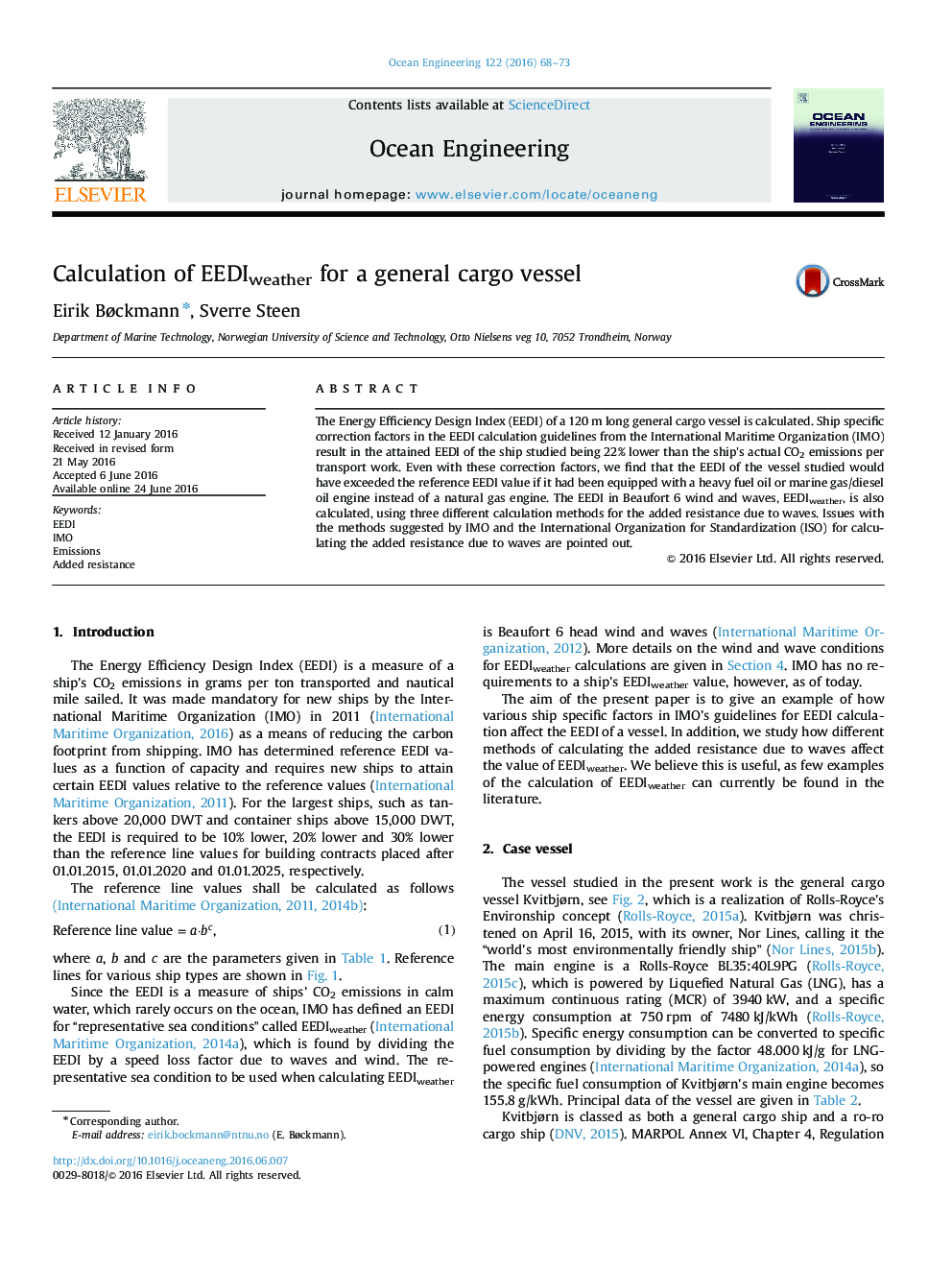 • The EEDI of a general cargo vessel is calculated.
• Ship specific correction factors reduce the EEDI by 22 percent.
• An LNG engine is necessary to attain the reference EEDI value.
• The EEDI in Beaufort 6 wind and waves is calculated.
• Different methods for calculating the added resistance in waves are compared.

The Energy Efficiency Design Index (EEDI) of a 120 m long general cargo vessel is calculated. Ship specific correction factors in the EEDI calculation guidelines from the International Maritime Organization (IMO) result in the attained EEDI of the ship studied being 22% lower than the ship's actual CO2 emissions per transport work. Even with these correction factors, we find that the EEDI of the vessel studied would have exceeded the reference EEDI value if it had been equipped with a heavy fuel oil or marine gas/diesel oil engine instead of a natural gas engine. The EEDI in Beaufort 6 wind and waves, EEDIweather, is also calculated, using three different calculation methods for the added resistance due to waves. Issues with the methods suggested by IMO and the International Organization for Standardization (ISO) for calculating the added resistance due to waves are pointed out.