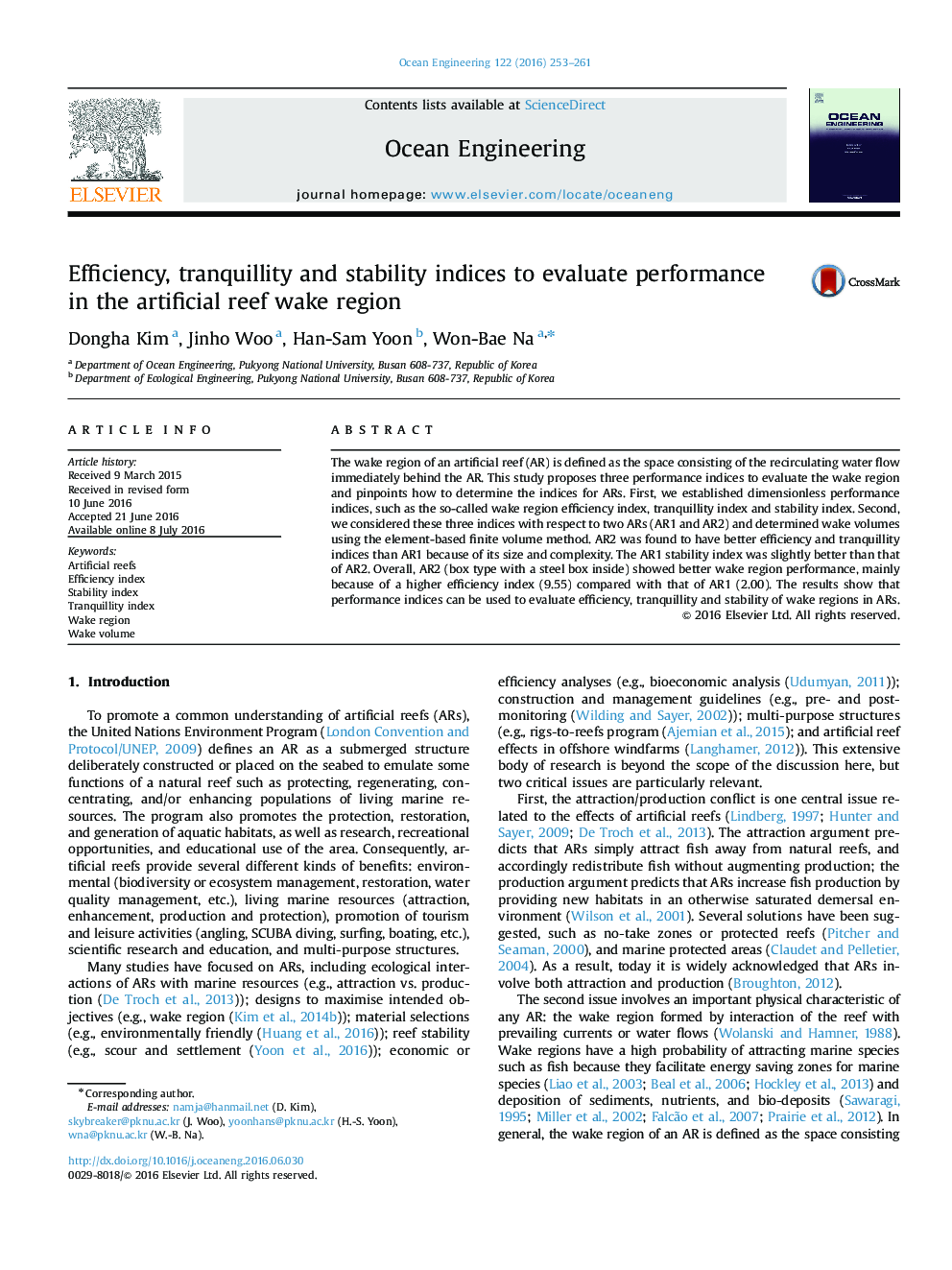 The wake region of an artificial reef (AR) is defined as the space consisting of the recirculating water flow immediately behind the AR. This study proposes three performance indices to evaluate the wake region and pinpoints how to determine the indices for ARs. First, we established dimensionless performance indices, such as the so-called wake region efficiency index, tranquillity index and stability index. Second, we considered these three indices with respect to two ARs (AR1 and AR2) and determined wake volumes using the element-based finite volume method. AR2 was found to have better efficiency and tranquillity indices than AR1 because of its size and complexity. The AR1 stability index was slightly better than that of AR2. Overall, AR2 (box type with a steel box inside) showed better wake region performance, mainly because of a higher efficiency index (9.55) compared with that of AR1 (2.00). The results show that performance indices can be used to evaluate efficiency, tranquillity and stability of wake regions in ARs.