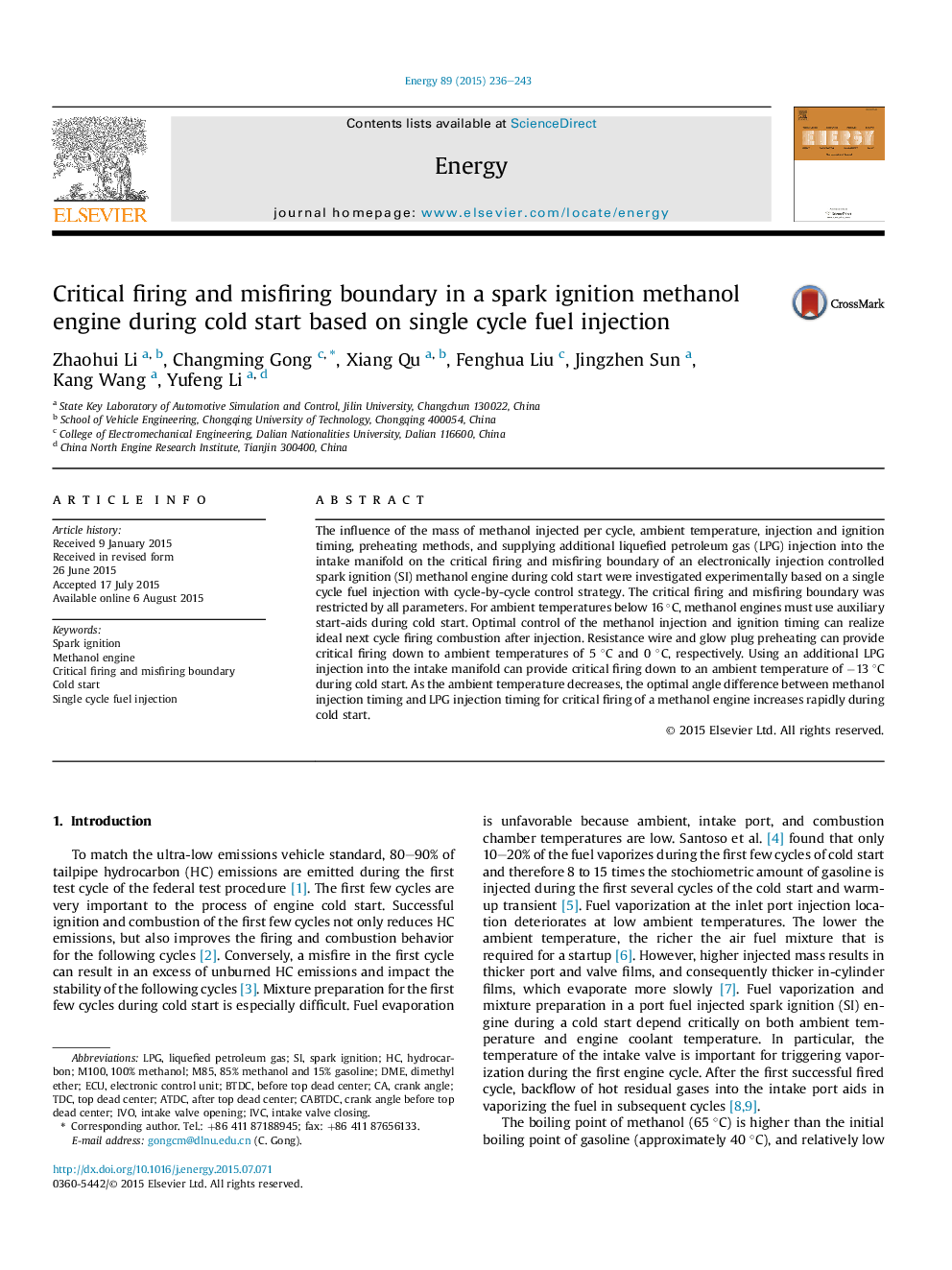 • A single cycle fuel injection and cycle-by-cycle control strategy are used to study.
• In-cylinder pressure and instantaneous speed were used to determine firing boundary.
• For the ambient temperatures below 16 °C, an auxiliary start-aids must be used.
• A preheating and additional LPG were used to expand critical firing boundary.
• Additional LPG can result in critical firing down to ambient temperature of −13 °C.