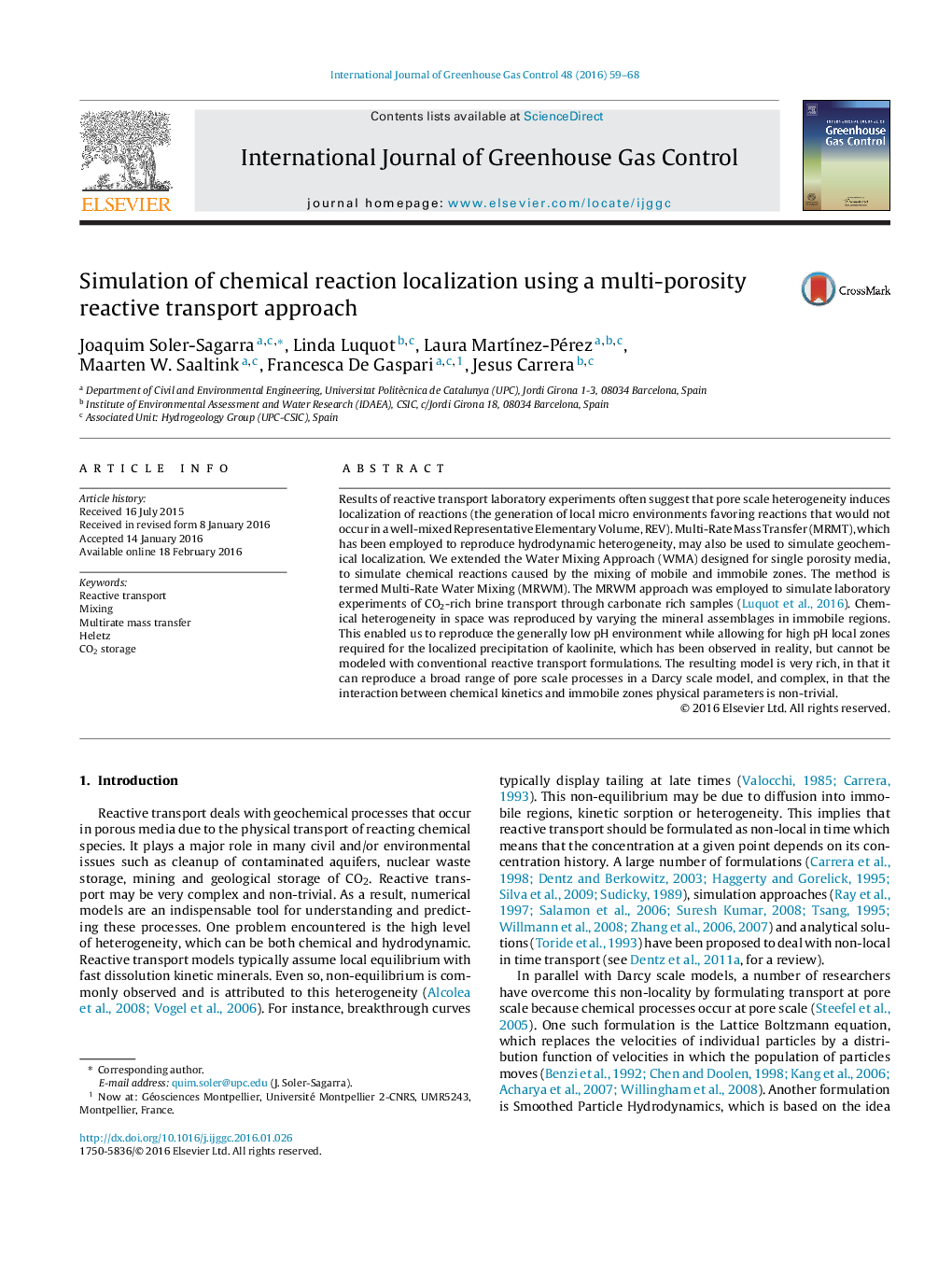 • Using immobile zones to reproduce chemical localization (micro environments) is proposed.
• A new Multi-Rate method (MRWM), which relies on water mixing is employed.
• Reactions slaved and autonomous have been defined depending on the origin of their reactants.

Results of reactive transport laboratory experiments often suggest that pore scale heterogeneity induces localization of reactions (the generation of local micro environments favoring reactions that would not occur in a well-mixed Representative Elementary Volume, REV). Multi-Rate Mass Transfer (MRMT), which has been employed to reproduce hydrodynamic heterogeneity, may also be used to simulate geochemical localization. We extended the Water Mixing Approach (WMA) designed for single porosity media, to simulate chemical reactions caused by the mixing of mobile and immobile zones. The method is termed Multi-Rate Water Mixing (MRWM). The MRWM approach was employed to simulate laboratory experiments of CO2-rich brine transport through carbonate rich samples (Luquot et al., 2016). Chemical heterogeneity in space was reproduced by varying the mineral assemblages in immobile regions. This enabled us to reproduce the generally low pH environment while allowing for high pH local zones required for the localized precipitation of kaolinite, which has been observed in reality, but cannot be modeled with conventional reactive transport formulations. The resulting model is very rich, in that it can reproduce a broad range of pore scale processes in a Darcy scale model, and complex, in that the interaction between chemical kinetics and immobile zones physical parameters is non-trivial.