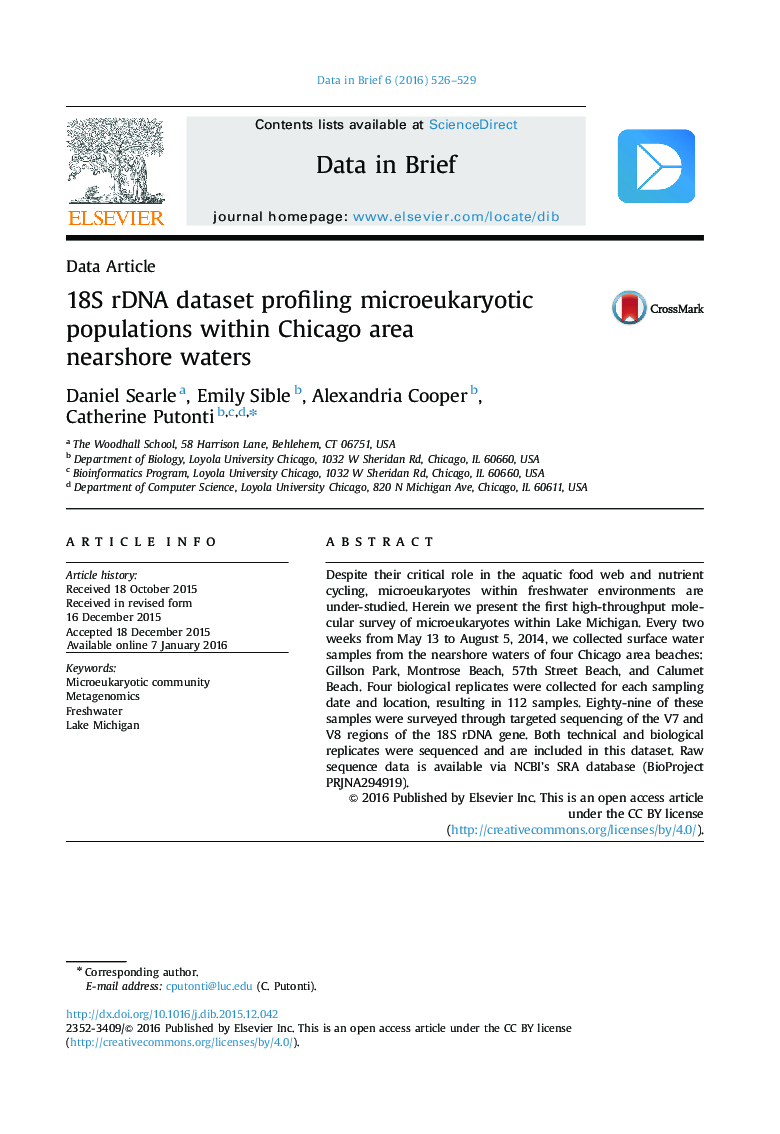 Despite their critical role in the aquatic food web and nutrient cycling, microeukaryotes within freshwater environments are under-studied. Herein we present the first high-throughput molecular survey of microeukaryotes within Lake Michigan. Every two weeks from May 13 to August 5, 2014, we collected surface water samples from the nearshore waters of four Chicago area beaches: Gillson Park, Montrose Beach, 57th Street Beach, and Calumet Beach. Four biological replicates were collected for each sampling date and location, resulting in 112 samples. Eighty-nine of these samples were surveyed through targeted sequencing of the V7 and V8 regions of the 18S rDNA gene. Both technical and biological replicates were sequenced and are included in this dataset. Raw sequence data is available via NCBI’s SRA database (BioProject PRJNA294919).