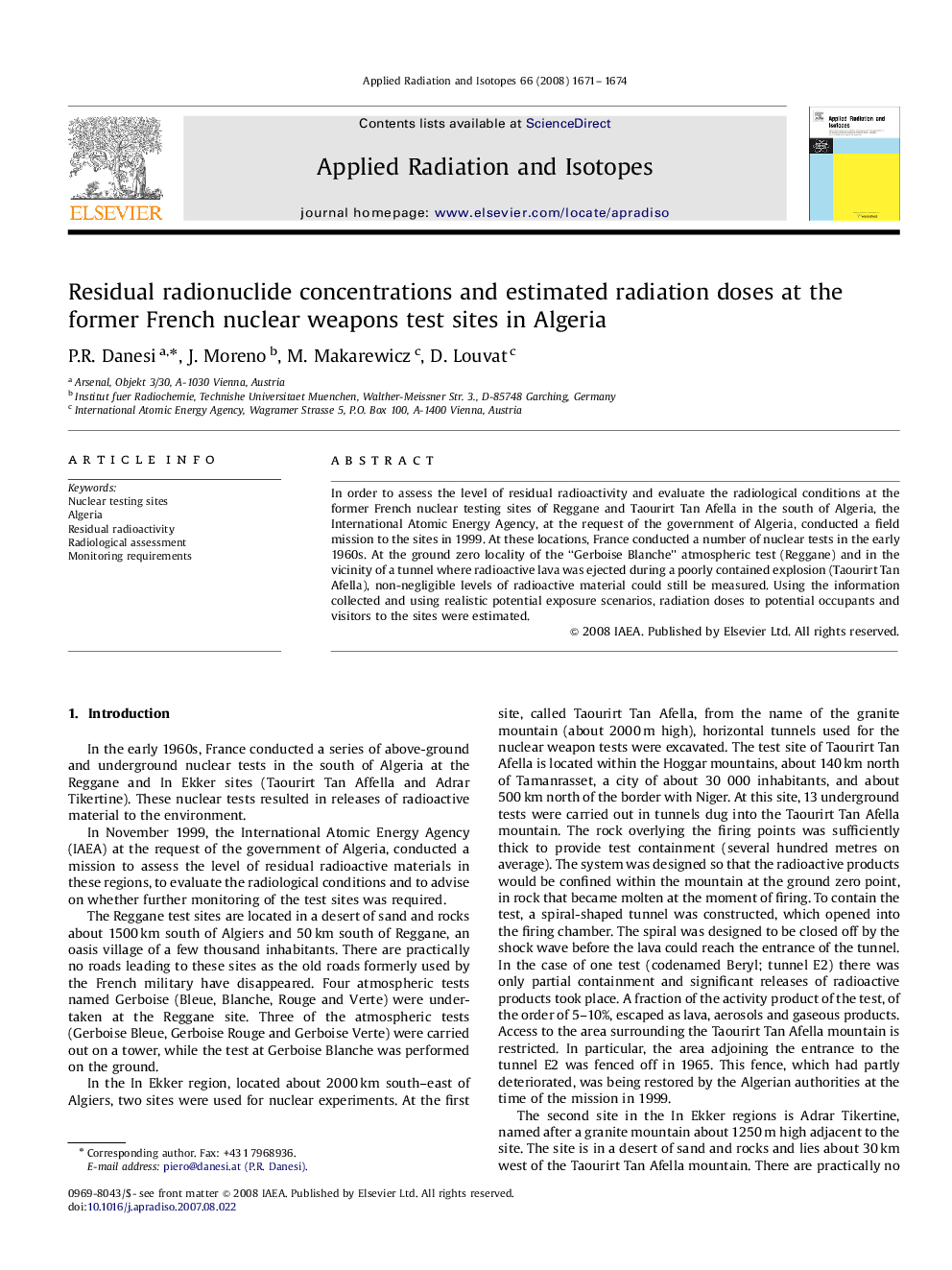 In order to assess the level of residual radioactivity and evaluate the radiological conditions at the former French nuclear testing sites of Reggane and Taourirt Tan Afella in the south of Algeria, the International Atomic Energy Agency, at the request of the government of Algeria, conducted a field mission to the sites in 1999. At these locations, France conducted a number of nuclear tests in the early 1960s. At the ground zero locality of the ‘‘Gerboise Blanche’’ atmospheric test (Reggane) and in the vicinity of a tunnel where radioactive lava was ejected during a poorly contained explosion (Taourirt Tan Afella), non-negligible levels of radioactive material could still be measured. Using the information collected and using realistic potential exposure scenarios, radiation doses to potential occupants and visitors to the sites were estimated.