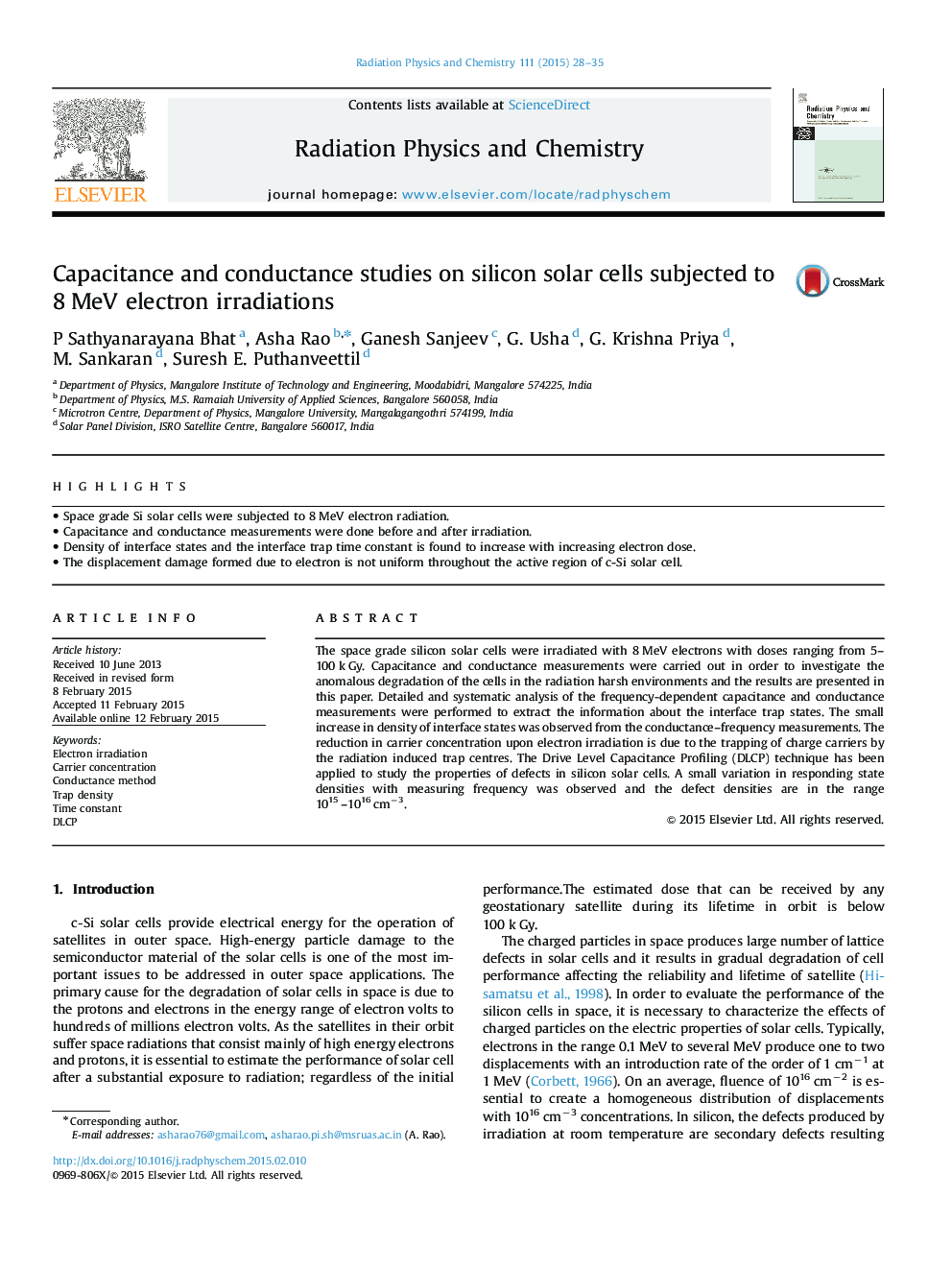 • Space grade Si solar cells were subjected to 8 MeV electron radiation.
• Capacitance and conductance measurements were done before and after irradiation.
• Density of interface states and the interface trap time constant is found to increase with increasing electron dose.
• The displacement damage formed due to electron is not uniform throughout the active region of c-Si solar cell.

The space grade silicon solar cells were irradiated with 8 MeV electrons with doses ranging from 5–100 k Gy. Capacitance and conductance measurements were carried out in order to investigate the anomalous degradation of the cells in the radiation harsh environments and the results are presented in this paper. Detailed and systematic analysis of the frequency-dependent capacitance and conductance measurements were performed to extract the information about the interface trap states. The small increase in density of interface states was observed from the conductance–frequency measurements. The reduction in carrier concentration upon electron irradiation is due to the trapping of charge carriers by the radiation induced trap centres. The Drive Level Capacitance Profiling (DLCP) technique has been applied to study the properties of defects in silicon solar cells. A small variation in responding state densities with measuring frequency was observed and the defect densities are in the range 1015 –1016 cm−3.