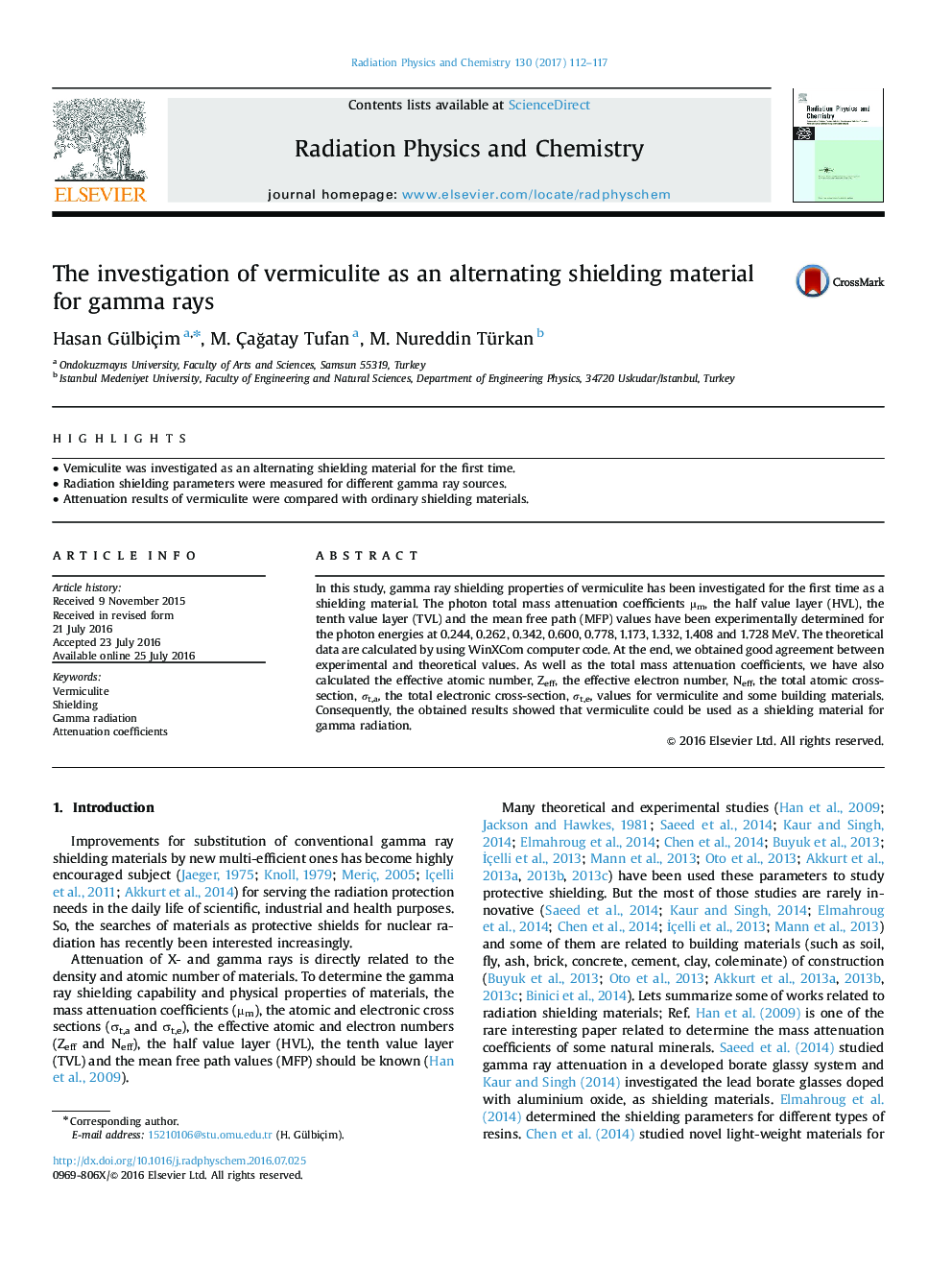 • Vemiculite was investigated as an alternating shielding material for the first time.
• Radiation shielding parameters were measured for different gamma ray sources.
• Attenuation results of vermiculite were compared with ordinary shielding materials.

In this study, gamma ray shielding properties of vermiculite has been investigated for the first time as a shielding material. The photon total mass attenuation coefficients µm, the half value layer (HVL), the tenth value layer (TVL) and the mean free path (MFP) values have been experimentally determined for the photon energies at 0.244, 0.262, 0.342, 0.600, 0.778, 1.173, 1.332, 1.408 and 1.728 MeV. The theoretical data are calculated by using WinXCom computer code. At the end, we obtained good agreement between experimental and theoretical values. As well as the total mass attenuation coefficients, we have also calculated the effective atomic number, Zeff, the effective electron number, Neff, the total atomic cross-section, σt,a, the total electronic cross-section, σt,e, values for vermiculite and some building materials. Consequently, the obtained results showed that vermiculite could be used as a shielding material for gamma radiation.