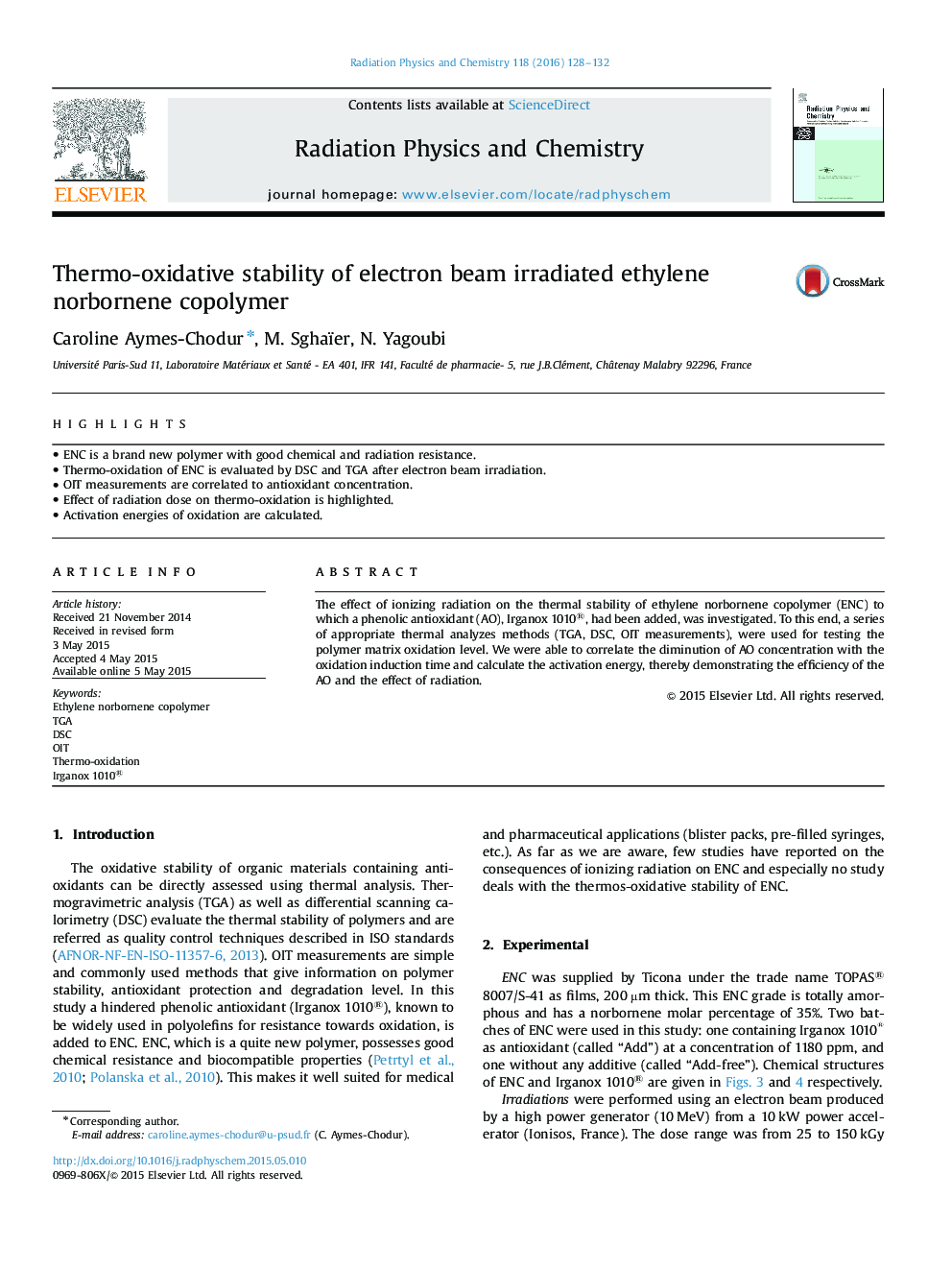 • ENC is a brand new polymer with good chemical and radiation resistance.
• Thermo-oxidation of ENC is evaluated by DSC and TGA after electron beam irradiation.
• OIT measurements are correlated to antioxidant concentration.
• Effect of radiation dose on thermo-oxidation is highlighted.
• Activation energies of oxidation are calculated.

The effect of ionizing radiation on the thermal stability of ethylene norbornene copolymer (ENC) to which a phenolic antioxidant (AO), Irganox 1010®, had been added, was investigated. To this end, a series of appropriate thermal analyzes methods (TGA, DSC, OIT measurements), were used for testing the polymer matrix oxidation level. We were able to correlate the diminution of AO concentration with the oxidation induction time and calculate the activation energy, thereby demonstrating the efficiency of the AO and the effect of radiation.