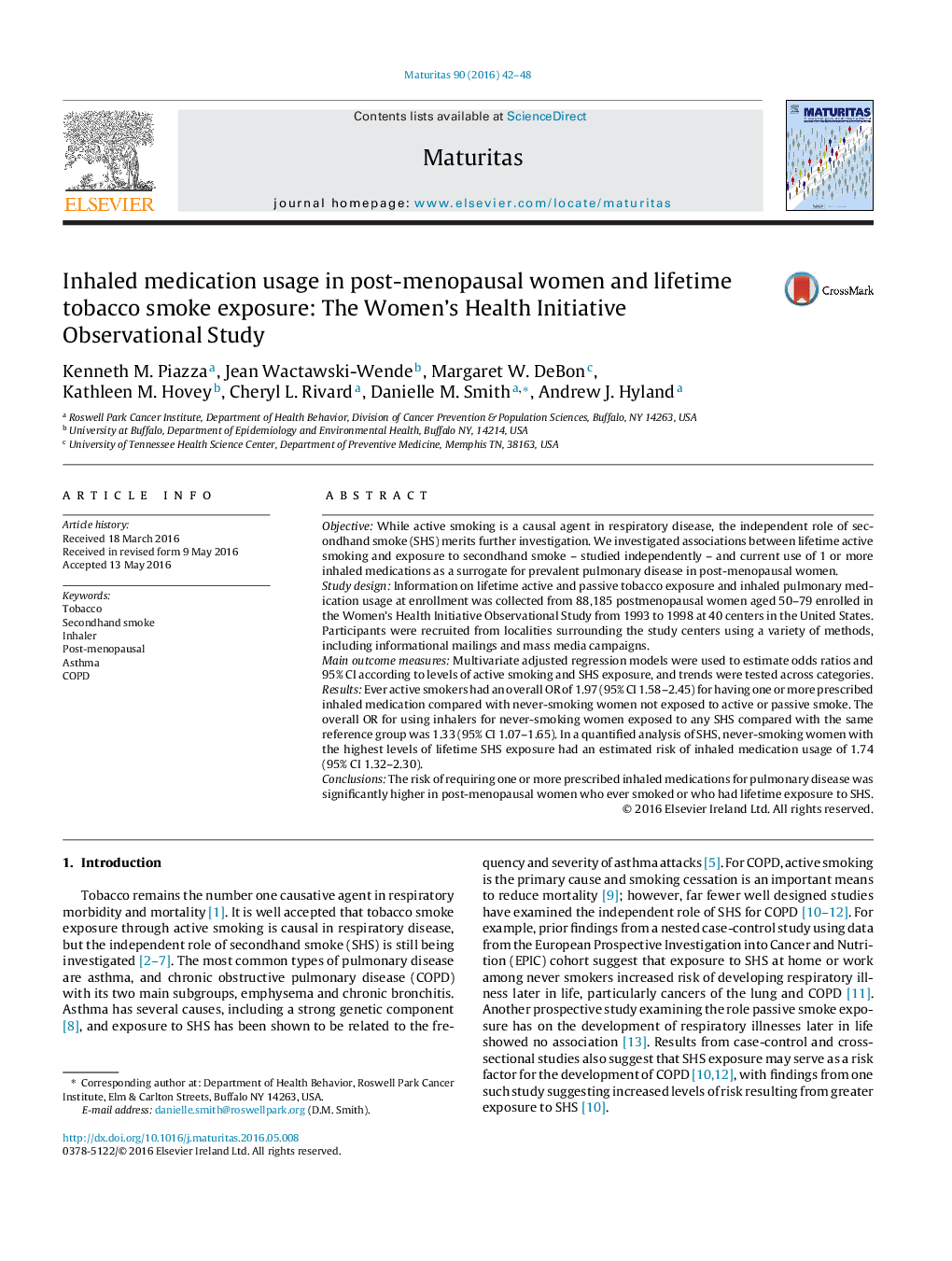 • This study found significant associations between lifetime tobacco exposure and the need for inhaled respiratory medications later in life.
• It is one of the first studies of this size and statistical power to investigate and quantify these associations.
• Women need to be protected from both active and passive tobacco smoke at all stages of life.

ObjectiveWhile active smoking is a causal agent in respiratory disease, the independent role of secondhand smoke (SHS) merits further investigation. We investigated associations between lifetime active smoking and exposure to secondhand smoke – studied independently – and current use of 1 or more inhaled medications as a surrogate for prevalent pulmonary disease in post-menopausal women.Study designInformation on lifetime active and passive tobacco exposure and inhaled pulmonary medication usage at enrollment was collected from 88,185 postmenopausal women aged 50–79 enrolled in the Women’s Health Initiative Observational Study from 1993 to 1998 at 40 centers in the United States. Participants were recruited from localities surrounding the study centers using a variety of methods, including informational mailings and mass media campaigns.Main outcome measuresMultivariate adjusted regression models were used to estimate odds ratios and 95% CI according to levels of active smoking and SHS exposure, and trends were tested across categories.ResultsEver active smokers had an overall OR of 1.97 (95% CI 1.58–2.45) for having one or more prescribed inhaled medication compared with never-smoking women not exposed to active or passive smoke. The overall OR for using inhalers for never-smoking women exposed to any SHS compared with the same reference group was 1.33 (95% CI 1.07–1.65). In a quantified analysis of SHS, never-smoking women with the highest levels of lifetime SHS exposure had an estimated risk of inhaled medication usage of 1.74 (95% CI 1.32–2.30).ConclusionsThe risk of requiring one or more prescribed inhaled medications for pulmonary disease was significantly higher in post-menopausal women who ever smoked or who had lifetime exposure to SHS.