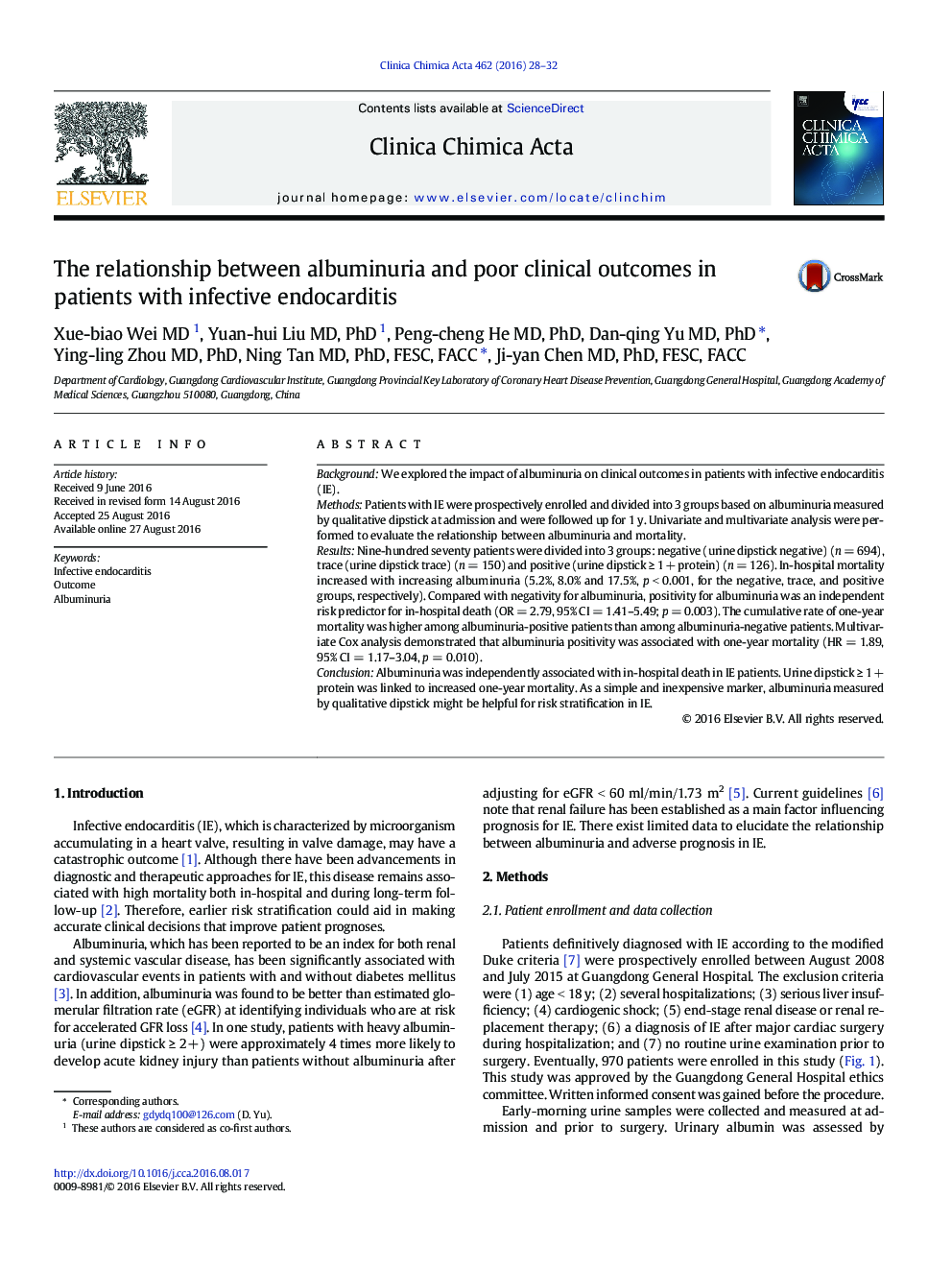 • This study with relative large sample size shown the strong relationship between albuminuria and poor outcomes in IE.
• It was the first to prove that albuminuria was independently related to in-hospital and one-year mortality in IE patients.
• Albuminuria measured by qualitative dipstick could be a simple and inexpensive marker for risk stratification.

BackgroundWe explored the impact of albuminuria on clinical outcomes in patients with infective endocarditis (IE).MethodsPatients with IE were prospectively enrolled and divided into 3 groups based on albuminuria measured by qualitative dipstick at admission and were followed up for 1 y. Univariate and multivariate analysis were performed to evaluate the relationship between albuminuria and mortality.ResultsNine-hundred seventy patients were divided into 3 groups: negative (urine dipstick negative) (n = 694), trace (urine dipstick trace) (n = 150) and positive (urine dipstick ≥ 1 + protein) (n = 126). In-hospital mortality increased with increasing albuminuria (5.2%, 8.0% and 17.5%, p < 0.001, for the negative, trace, and positive groups, respectively). Compared with negativity for albuminuria, positivity for albuminuria was an independent risk predictor for in-hospital death (OR = 2.79, 95% CI = 1.41–5.49; p = 0.003). The cumulative rate of one-year mortality was higher among albuminuria-positive patients than among albuminuria-negative patients. Multivariate Cox analysis demonstrated that albuminuria positivity was associated with one-year mortality (HR = 1.89, 95% CI = 1.17–3.04, p = 0.010).ConclusionAlbuminuria was independently associated with in-hospital death in IE patients. Urine dipstick ≥ 1 + protein was linked to increased one-year mortality. As a simple and inexpensive marker, albuminuria measured by qualitative dipstick might be helpful for risk stratification in IE.