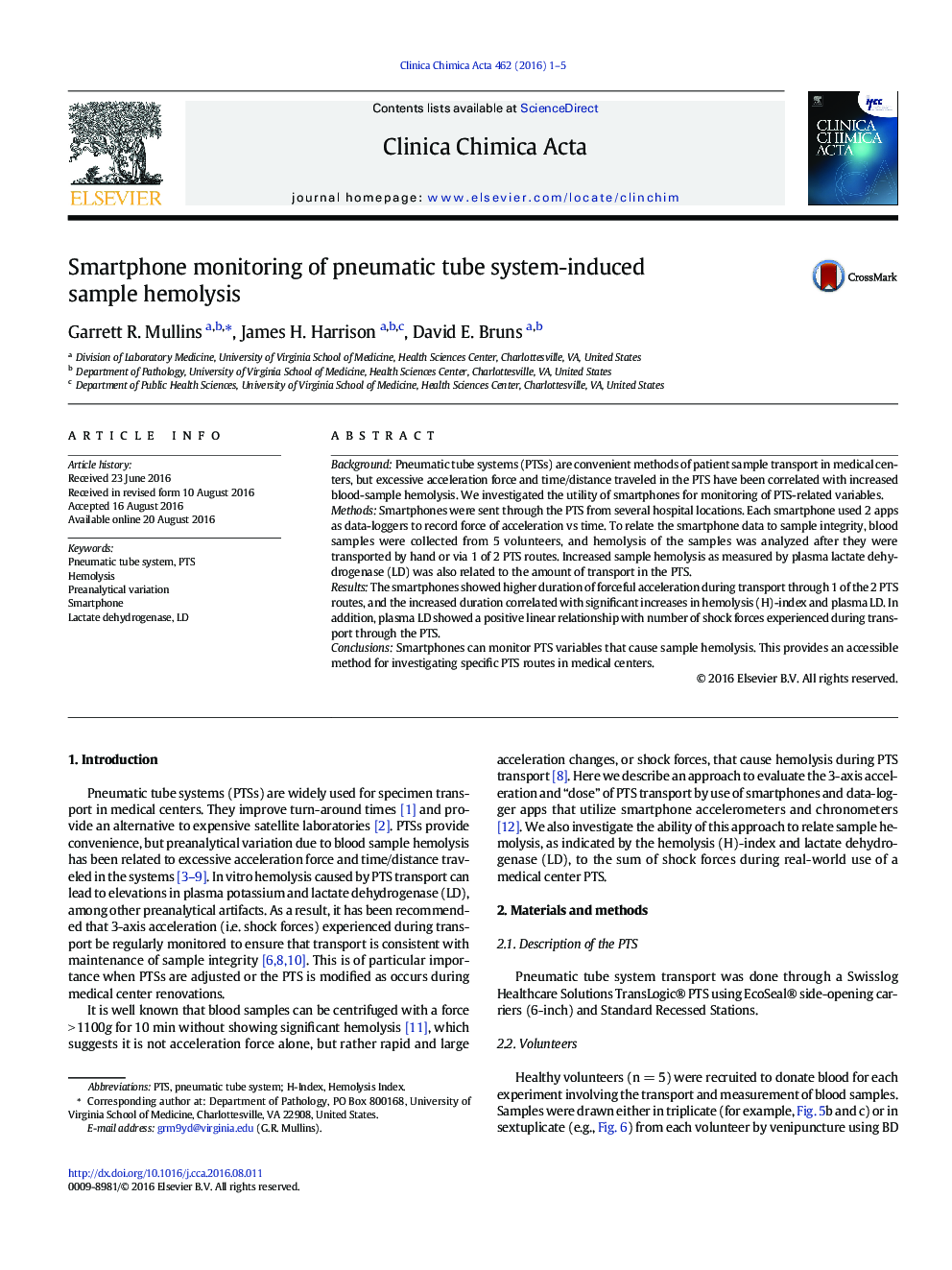 • Smartphones can monitor PTS variables that cause blood sample hemolysis.
• Smartphone monitoring can be used to investigate the effects of PTS routes in medical centers.
• Sample hemolysis shows a positive linear relationship with increasing number of shock forces.

BackgroundPneumatic tube systems (PTSs) are convenient methods of patient sample transport in medical centers, but excessive acceleration force and time/distance traveled in the PTS have been correlated with increased blood-sample hemolysis. We investigated the utility of smartphones for monitoring of PTS-related variables.MethodsSmartphones were sent through the PTS from several hospital locations. Each smartphone used 2 apps as data-loggers to record force of acceleration vs time. To relate the smartphone data to sample integrity, blood samples were collected from 5 volunteers, and hemolysis of the samples was analyzed after they were transported by hand or via 1 of 2 PTS routes. Increased sample hemolysis as measured by plasma lactate dehydrogenase (LD) was also related to the amount of transport in the PTS.ResultsThe smartphones showed higher duration of forceful acceleration during transport through 1 of the 2 PTS routes, and the increased duration correlated with significant increases in hemolysis (H)-index and plasma LD. In addition, plasma LD showed a positive linear relationship with number of shock forces experienced during transport through the PTS.ConclusionsSmartphones can monitor PTS variables that cause sample hemolysis. This provides an accessible method for investigating specific PTS routes in medical centers.