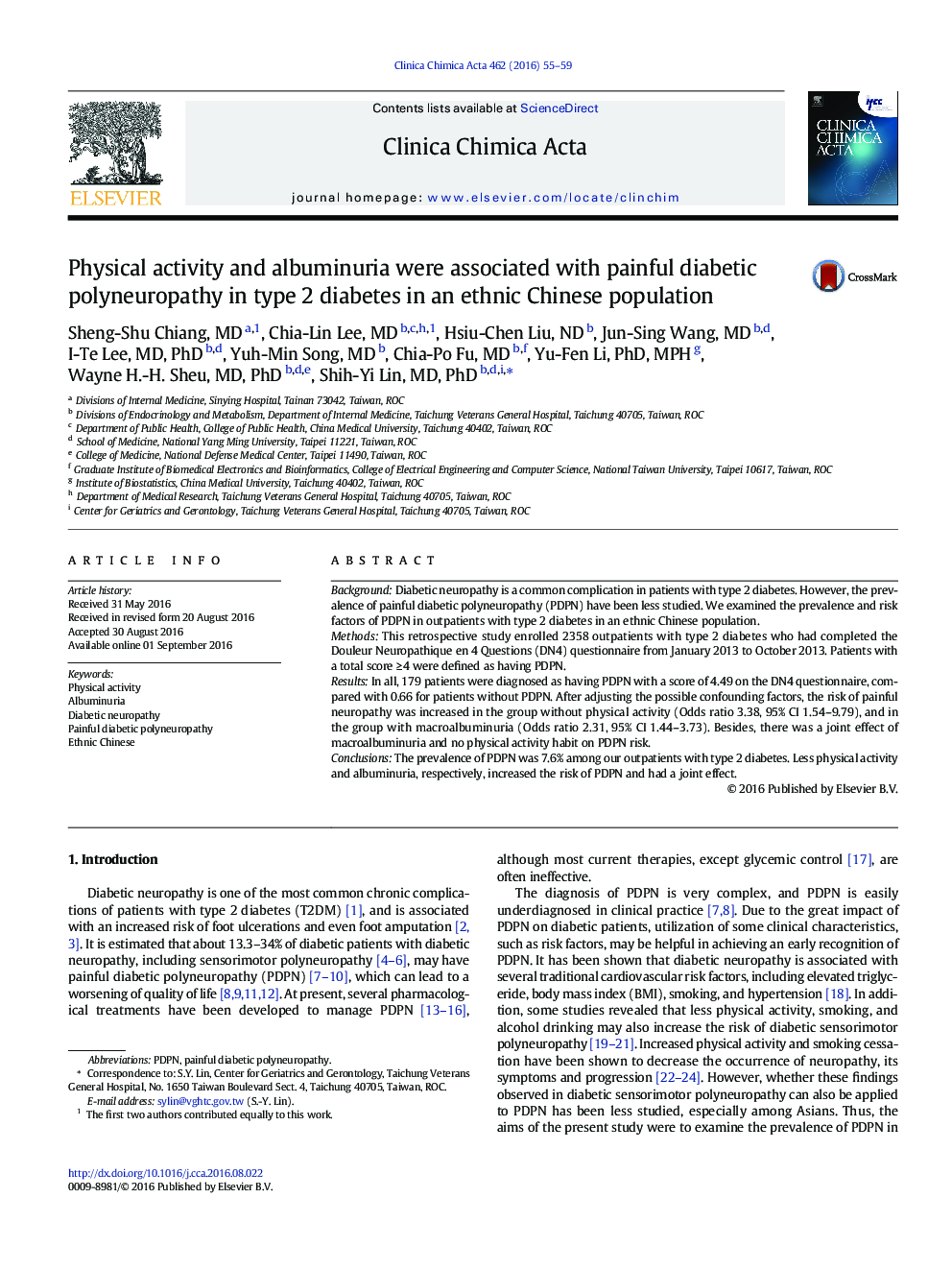 • The prevalence of painful diabetic polyneuropathy (PDPN) was 7.6% in an Ethnic Chinese population with T2DM.
• The risk of PDPN increased in the diabetic patients with less physical activity.
• The risk of PDPN was increased in the diabetic subjects with albuminuria.
• There was a joint effect of macroalbuminuria and no physical activity habit on PDPN risk.