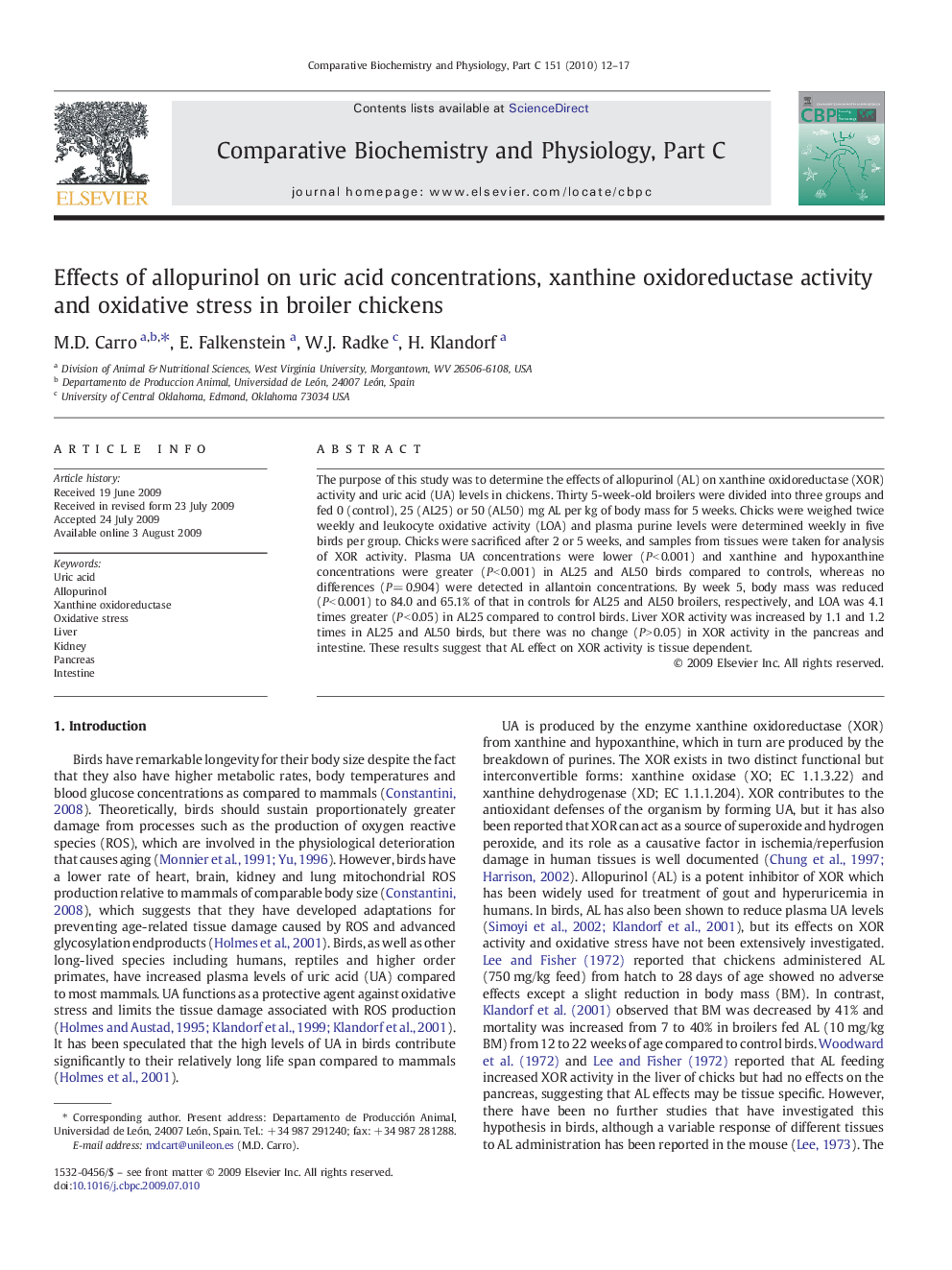 The purpose of this study was to determine the effects of allopurinol (AL) on xanthine oxidoreductase (XOR) activity and uric acid (UA) levels in chickens. Thirty 5-week-old broilers were divided into three groups and fed 0 (control), 25 (AL25) or 50 (AL50) mg AL per kg of body mass for 5 weeks. Chicks were weighed twice weekly and leukocyte oxidative activity (LOA) and plasma purine levels were determined weekly in five birds per group. Chicks were sacrificed after 2 or 5 weeks, and samples from tissues were taken for analysis of XOR activity. Plasma UA concentrations were lower (P < 0.001) and xanthine and hypoxanthine concentrations were greater (P < 0.001) in AL25 and AL50 birds compared to controls, whereas no differences (P = 0.904) were detected in allantoin concentrations. By week 5, body mass was reduced (P < 0.001) to 84.0 and 65.1% of that in controls for AL25 and AL50 broilers, respectively, and LOA was 4.1 times greater (P < 0.05) in AL25 compared to control birds. Liver XOR activity was increased by 1.1 and 1.2 times in AL25 and AL50 birds, but there was no change (P > 0.05) in XOR activity in the pancreas and intestine. These results suggest that AL effect on XOR activity is tissue dependent.