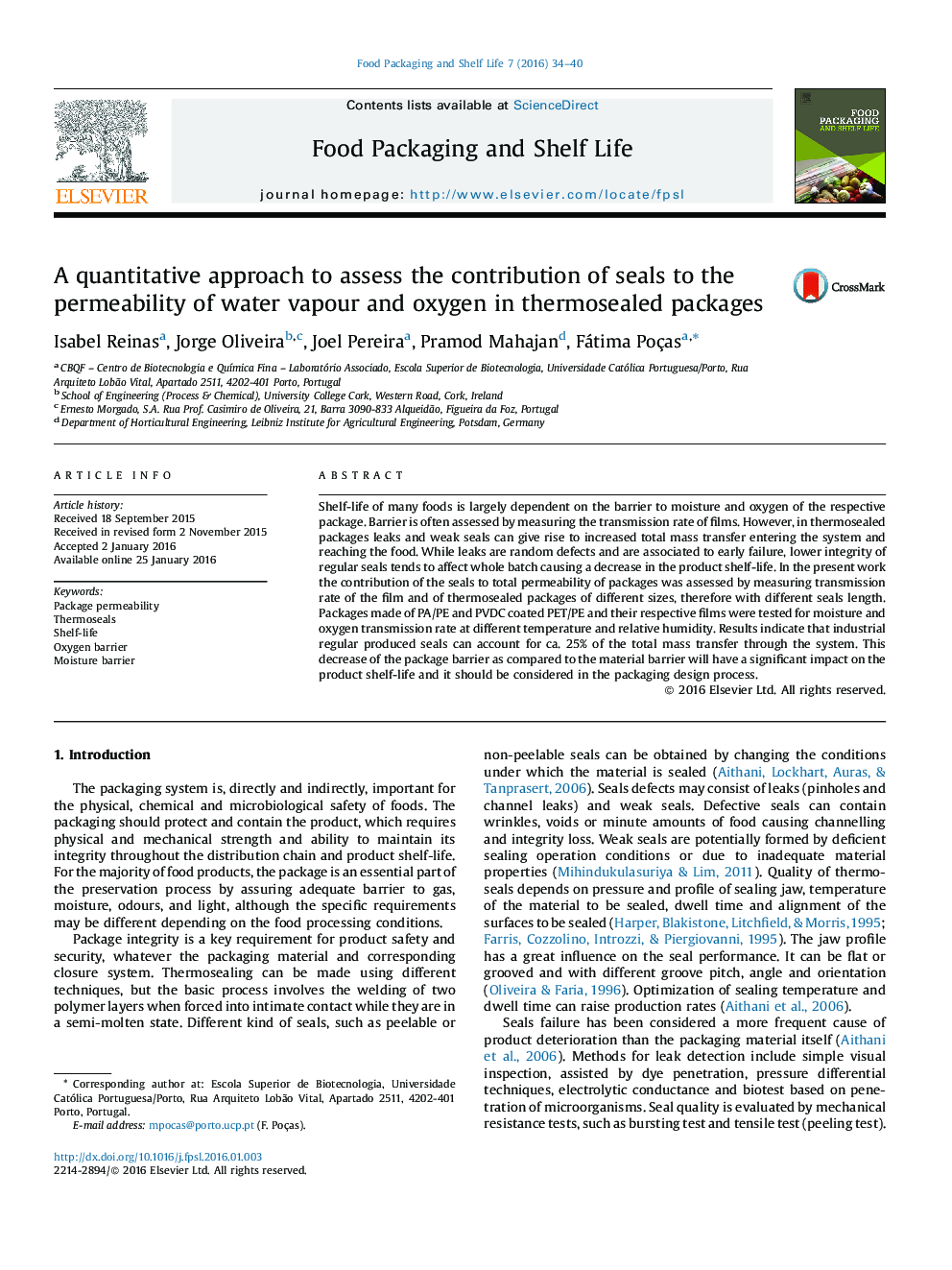 Shelf-life of many foods is largely dependent on the barrier to moisture and oxygen of the respective package. Barrier is often assessed by measuring the transmission rate of films. However, in thermosealed packages leaks and weak seals can give rise to increased total mass transfer entering the system and reaching the food. While leaks are random defects and are associated to early failure, lower integrity of regular seals tends to affect whole batch causing a decrease in the product shelf-life. In the present work the contribution of the seals to total permeability of packages was assessed by measuring transmission rate of the film and of thermosealed packages of different sizes, therefore with different seals length. Packages made of PA/PE and PVDC coated PET/PE and their respective films were tested for moisture and oxygen transmission rate at different temperature and relative humidity. Results indicate that industrial regular produced seals can account for ca. 25% of the total mass transfer through the system. This decrease of the package barrier as compared to the material barrier will have a significant impact on the product shelf-life and it should be considered in the packaging design process.